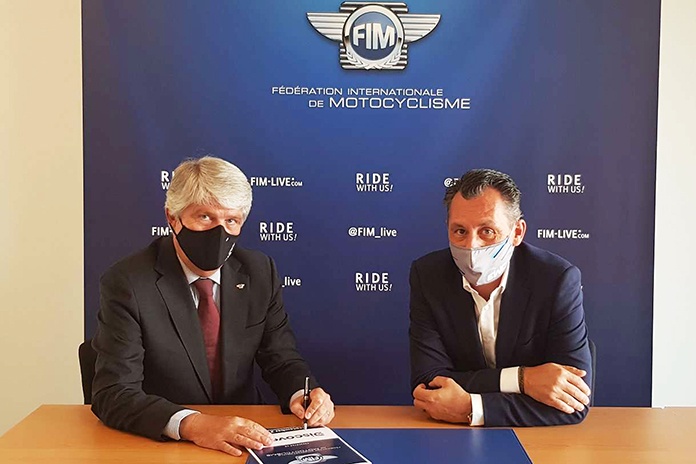 The Fédération Internationale de Motocyclisme (FIM) and Eurosport Events has agreed a long-term partnership which will see the Discovery-owned event management company promote FIM Speedway events including FIM Speedway Grand Prix, Speedway of Nations, Speedway U21 and Speedway Youth World Championships globally for the next 10 years. The new agreement will begin in 2022 and builds on the existing partnership between the organisations for the promotion of the FIM Endurance World Championship (EWC) since 2015.

In an expanded role following a competitive tender to select the new global promoter of the sport, Eurosport Events will leverage its long-standing motorsport promotion expertise and the international scale of Discovery to develop the sport and grow Speedway around the world.

The partnership will seek to expand Speedway GP’s international calendar, extend the distribution of the sport on TV and digital platforms, launch Speedway into new territories and increase its audiences around the world.

Eurosport Events will oversee the full operational and commercial aspects of the sport including multi-platform rights management and distribution, broadcast production, sponsorship rights strategy and the full suite of marketing, brand and promotional activity. It will also work with local organisers on local promotion and maximising ticketing, hospitality and fan engagement activities.

Following the signing of the contract, the FIM President Jorge Viegas expressed his satisfaction: “The FIM launched the tender process back in 2019 for the promotion of the FIM Speedway World Championships 2022-2031. Discovery and Eurosport Events has won the vote of the Board of Directors for its innovative proposal in terms of sport promotion and television coverage.

“The FIM is delighted to expand its collaboration with Discovery and Eurosport Events, who has been the promoter of the FIM Endurance World Championship since 2015. This new collaboration will provide increased media visibility of the FIM Speedway Grand Prix World Championship through Eurosport platforms and key third-party broadcasters. The FIM would like to thank BSI and OneSport who have made a significant contribution to the development of the Speedway over the past twenty years and to wish them every success in 2021 and for the remainder of this season,” Viegas said.

President, Eurosport and Global Sports Rights & Sports Marketing Solutions, Andrew Georgiou, said: “Eurosport Events has an outstanding record in building and strengthening the event portfolios of rights-holders, as well as a unique ability as part of the Discovery global network to grow a sport and its audience. We are privileged to deepen our relationship with FIM and have the opportunity to develop one of the most entertaining and exciting motorsports series in the world.

“Speedway already enjoys one of the most passionate and engaged fan communities in motorsport in a number of our key markets, so we can’t wait to deploy Eurosport Events’ promotional know-how and the global scale of Discovery’s channels and platforms to strengthen the sport even further and best serve existing and new fans around the world.” Georgiou said.

Head of Eurosport Events, François Ribeiro said: “We are delighted to grow our relationship with FIM and expand our motorcycle events portfolio in addition to FIM Endurance World Championship. Beyond our global media footprint which was an asset during tendering process, we proposed FIM a comprehensive pyramid approach from grass roots, junior world championships up to Speedway GP and Speedway of Nations top level. Speedway sporting foundations are strong. Speedway remains one of the only motorsport categories organised in stadiums, driven by fans. FIM gave us a global responsibility for the next 10 years, and we look forward to 2022.” Ribeiro said.

Eurosport Events will take on the role with a proven track record in growing some of the most popular motorsports series in the world – including the FIA World Touring Car Cup, FIA European Rally Championship, new electric touring car series PURE ETCR, FIM Endurance World Championship and UCI Track Cycling – and organising events across four continents. As part of Discovery, the promoter will also have the ability to tap into the scale and depth of the group’s worldwide lifestyle platforms, channels and brands to raise the visibility and awareness of the sport to new audiences globally.