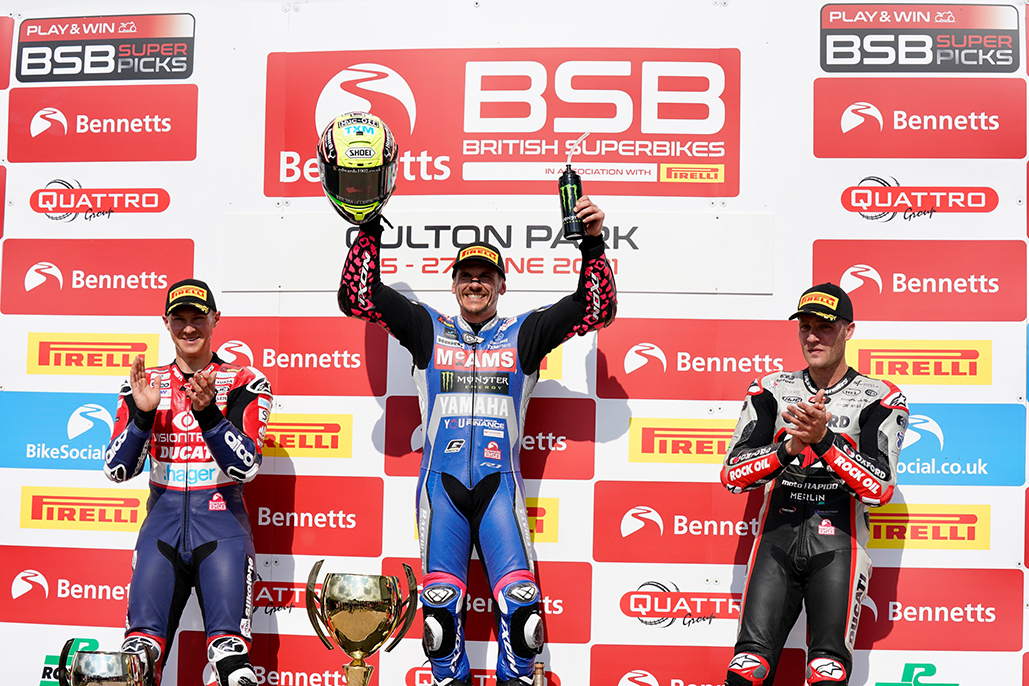 Jason O’Halloran returned to winning ways in the opening BikeSocial race of the 2021 Bennetts British Superbike Championship at Oulton Park this afternoon, withstanding earlier pressure from both Christian Iddon and Tommy Bridewell to be victorious for McAMS Yamaha.

Iddon had hit the front of the pack on the opening lap as he launched off the front row to lead into Old Hall for the first time ahead of O’Halloran and Tarran Mackenzie.

As Iddon led the pack, O’Halloran was looking to make his move, but it wasn’t until lap eight when he could make it ahead with a move down the inside at Old Hall.

The VisionTrack Ducati rider tried to reclaim the position, edging ahead as the crossed the line on the tenth lap, but O’Halloran had the lead into Old Hall.

The McAMS Yamaha rider held off the challenge until the chequered flag as Iddon claimed second place for VisionTrack Ducati with Bridewell in third to continue his successful weekend so far for Oxford Products Racing Ducati.

Peter Hickman was just adrift of the leading trio to lead the BMW contenders to score fourth place on the FHO Racing BMW team debut at Oulton Park.

Mackenzie finished in a lone fifth place ahead of Honda Racing’s Glenn Irwin and Rich Energy OMG Racing BMW’s Kyle Ryde after teammate Bradley Ray was forced to retire in the early stages of the race.

It was a disappointing opening race for SYNETIQ BMW’s Andrew Irwin, who crashed out at Old Hall and Buildbase Suzuki’s Danny Kent, who slid off at Lodge.

Jason O’Halloran – McAMS Yamaha
“It feels absolutely great to claim the first win of the year! We’ve had probably the best pre-season I’ve ever had, I’ve topped the majority of the test sessions – but the first sessions that actually counted were this weekend and we got one lap so I was a bit unhappy about qualifying.

“I put my head down though in the race and got a really good start. I’ve done about three practice starts this weekend and fluffed them all so I’m glad I got that one right when it mattered!

“I just settled in to the race, I sort of knew my pace as I had done a pretty long run in FP3 and I could see Christian ahead. I was pretty happy with what he was doing, he wasn’t really getting away although there was a little gap, it was more of a yo-yo gap and I just picked my time.

“Once I got to the front I started to push it a bit more. I knew he would come with me because when you’re following you can tag on and get pulled away, and I was happy to just run my normal lines and learn as much as I could for tomorrow.

“I think we can still improve tomorrow, it’s a longer race as well which I think will play into our favour.” 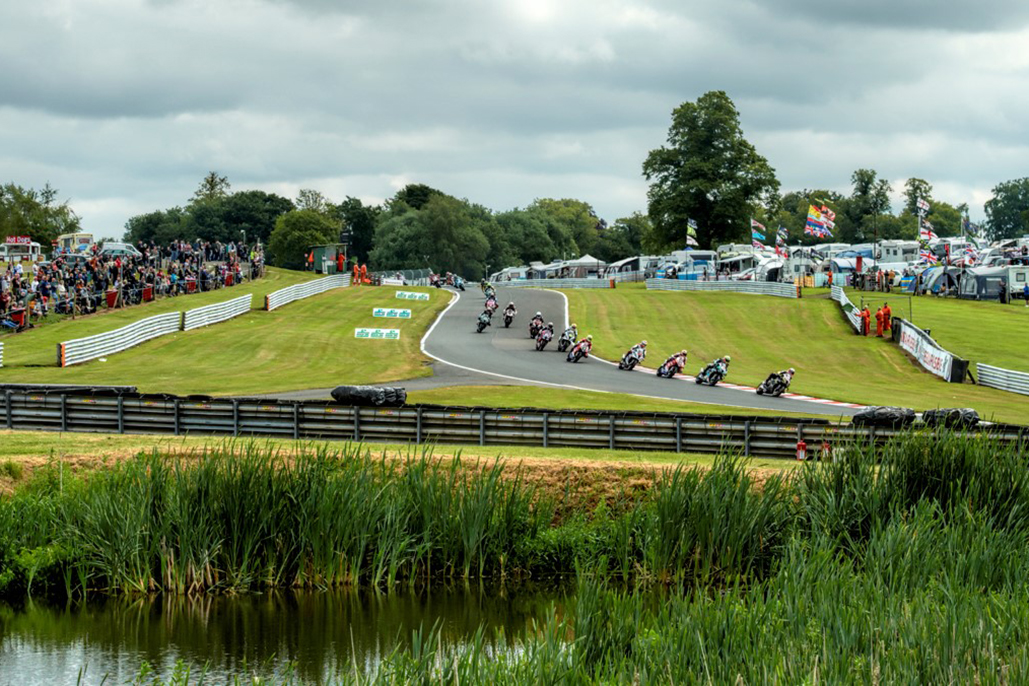