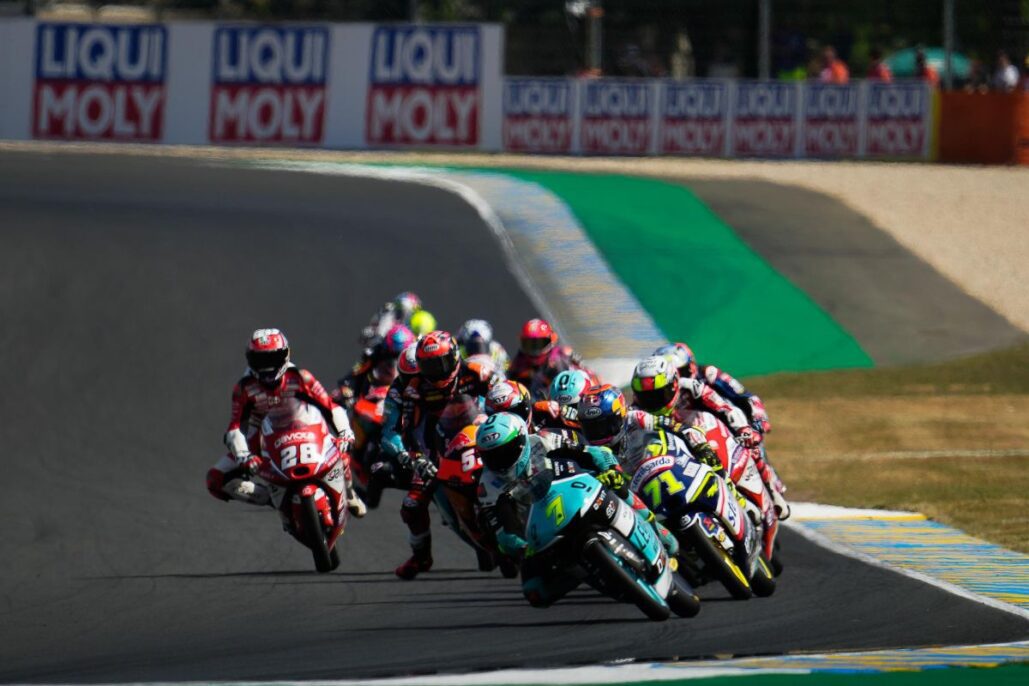 The Italian already ruled the venue last year, but there will be serious competition – not least of all from Masia on a roll.

It’s time to suit and boot up for the stunning Autodromo Internazionale del Mugello, and Dennis Foggia (Leopard Racing) comes into the Gran Premio d’Italia Oakley from a tougher run in 2022, but the Italian is a previous winner at Mugello and remains in the top echelons of the Championship. Now third overall although equal on points with second, Tuscany would be a great place to hit back against the likes of Jaume Masia (Red Bull KTM Ajo) and Championship leader Sergio Garcia (Valresa GASGAS Aspar Team). So can he do it?

Foggia is joined by Andrea Migno (Rivacold Snipers Team) as the two previous winners at the venue, and the two veteran Italians – and Honda riders – will be pushing to get back to their early season form at the first home race of the season. They should be counted out, but then there’s one rider on a super roll as of now: Masia.

The Spaniard has always been quick, but in 2022 he’s added consistency and his mental game seems stronger than ever. With four podiums in a row for the first time ever, nothing says anyone should bet against a fifth. He also has two podiums at Mugello…

Garcia, meanwhile, remains a threat. Championship leader through a mixture of glory and consistency – the latter never getting in the way of the Spaniard making a late race attack – he remains the rider to beat in 2022, and his teammate is no slouch either. It’s easy to assume Jerez winner Izan Guevara will always be at the front now, but the Spaniard has earned his stripes with some impressive performances and there’s no reason to assume he won’t serve up another.

The other rider on a roll is Ayumu Sasaki (Sterilgarda Husqvarna Max). Once again just missing that maiden win at Le Mans, the Japanese rider’s step forward in 2022 nevertheless continues to impress. Last season was derailed through injury and no fault of his own, but 2022 Sasaki is quick, consistent and impressive… so surely it’s just a matter of time?

With the long straight at Mugello, Moto3™ is bound to be a freight train fight. But who will be conductor remains to be decided, with plenty fast riders looking for those valuable 25 points. Who’ll come out on top? Tune in for Tuscany at 11:00 (GMT +2) on Sunday to find out!