Regaled as one of the greatest ever Grand Prix riders, ‘Fast Freddie’ returns to Castle Combe by popular demand having visited for a first time earlier this year, and the American will lead the ‘Year of the Legends’ celebrations which will also include former 500cc Grand Prix racer and British Champion Steve Parrish amongst a host of other stars set to be added.

In addition, there is a packed programme of racing organised by NG Road Racing Club, and featuring a number of major championships over the weekend. With some of the best club race action in the country which always leads to packed grids, Race Director Steve Bostock and his team will once again deliver an end of summer feast which last year included 20 fast and furious races over the weekend.

In addition, and having not featured over the past couple of seasons, 2018 sees a welcome return of the ACU/FSRA British F2 Sidecar Championship to Castle Combe meaning the cream of British crews will be in action. Pete Founds and Jevan Walmsley took this year’s crown in the Super F2 class whilst combining their duties at British Championship level whilst up against the likes of TT winner Conrad Harrison and British F1 front-runner Sean Hegarty.

The established mix of modern and classic racing combined with the ever-popular rider parades and off-track attractions means it’s a weekend in Wiltshire not to be missed already!

Tom Davis, Marketing and Sales Manager:  “2017 will be a hard act to follow as we had one of our biggest crowds to date. The combination of a year’s hard work putting together the Mike Hailwood tribute and Guy Martin riding the Honda-6 will always take some beating! For 2018 we are celebrating all that is good in motorcycle racing with our Year of the Legends theme. This will see many of the heroes and stars from the racing great and good rejoice at Castle Combe in September.”

Graham Marshallsay, Managing Director: “We are delighted to once again be working with NG Road Racing and due to moving the date to September we are extremely pleased to be hosting the ACU/FSRA British F2 Sidecar Championship again. The event seems to go from strength to strength 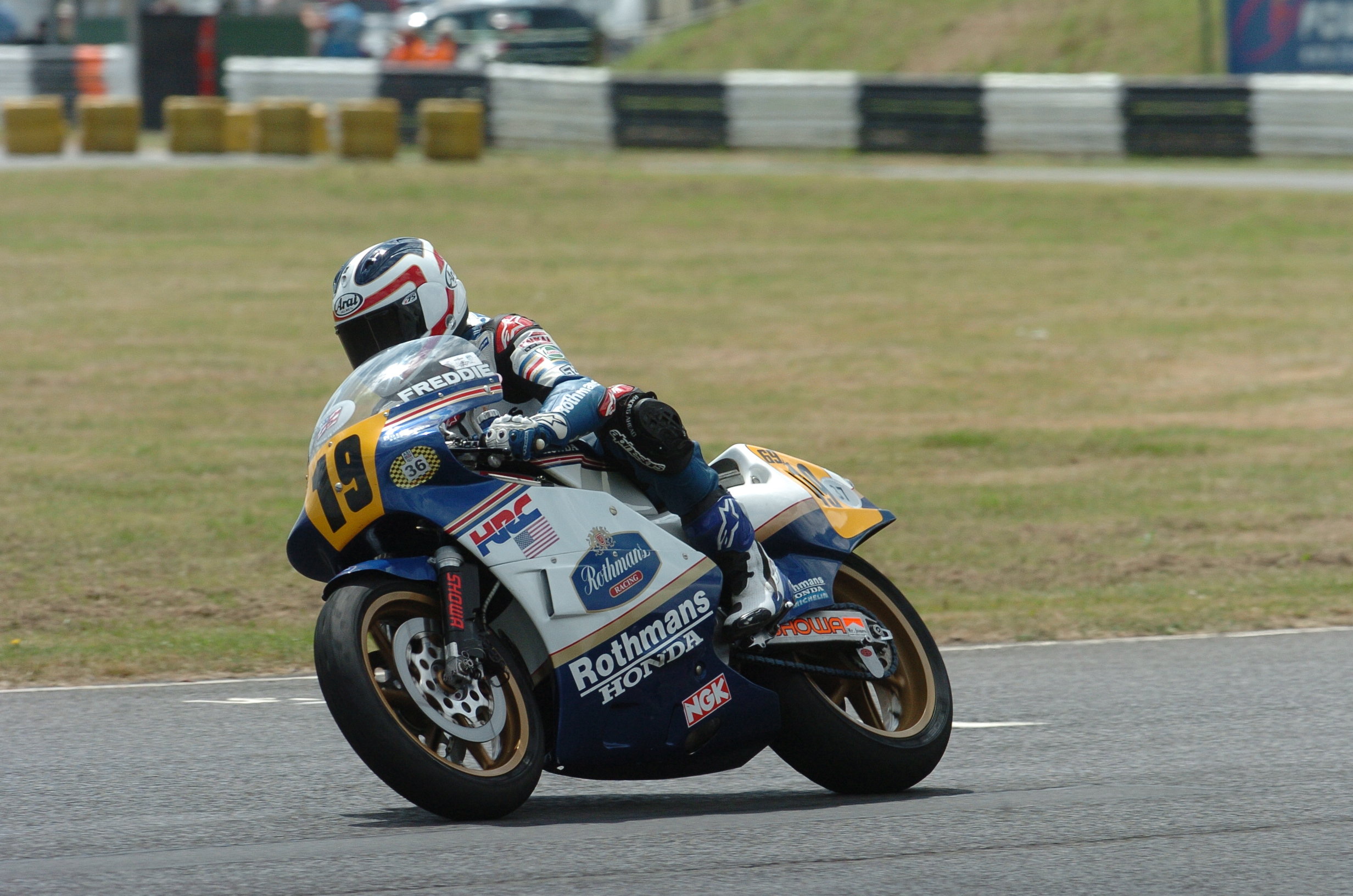 and to be able to already announce the attendance of “Fast Freddie” Spencer and the legendary Steve Parrish proves the pull Castle Combe Circuit has in the motorcycle world.”

Steve Parrish, ex 500cc Grand Prix rider:  “I can lay claim to a podium finish albeit on four wheels when I last raced at Castle Combe, but I’ve ridden round there on bikes on many occasions. It’s an interesting track full of character and they are fantastic people who run it. The great thing about the event is that the race fans have chance to chat and mingle with the stars as there’s so much time to interact which isn’t always the case these days. I’m really looking forward to it and not only meeting the fans but having a ride round on something too!”

Further exciting news will be announced in due course and for further information, please contact Tom Davis at the Circuit on 01249 782417 or email at [email protected].