The 2020 24 Heures Motos – unusually held behind closed doors – can be watched live and in full on Eurosport 2 and worldwide. The race will be flagged off at 12pm CEST on Saturday 2 August on the Bugatti circuit at Le Mans.

Eurosport will provide live coverage of the entire race in more than 55 countries. The much-awaited second round of the FIM Endurance World Championship is being held at Le Mans this weekend without any spectators, but fans around the world will be able to watch live coverage right from the flag-off – at 12pm CEST, a one-off – all the way to the podium ceremony at midday on Sunday.

Full live coverage of the race will also be available on the Eurosport digital platform, with commentary in English and French.

Beyond the Eurosport network, the 24 Heures Motos will thrill viewers around the world. In France, La Chaîne L’Équipe, which has broadcast the FIM EWC since 2016, will provide more than 14 hours of live coverage, from 11.30am to 9pm on Saturday and from 8am to 12.30pm on Sunday.

In Japan, the Nippon TV network will show the race live and in full on its digital platform Hulu, which is covering the entire FIM Endurance Championship.

International platform Motorsport.tv is offering viewers in the Americas and in Asia live coverage of the race in full.

In New Zealand, Sky NZ will broadcast live coverage of the race.

The highlights of the race will also be available to watch around the world. More than 15 channels worldwide will be showing the 24 Heures Motos highlights starting Thursday 3 September: Motowizja in Poland, Hulu/Nippon TV in Japan, Cignal TV/Hyper in Philippines, Sky NZ in New Zealand, TV3 Sport in the Baltic States, Eurosport India, Astro in Malaysia, Max in Chine, True Visions in Thailand, Bein in MENA, Super Sport in South Africa, Mav TV in USA, Servus TV in Austria et Claro in LATAM.

A new virtual and immersive experience in partnership with the ACO
Fans can also enjoy a 360° experience of the championship’s return. The EWC 360 Fan Tour by TAG Heuer is a new interactive video platform combining virtual reality and 360° video. It will be accessible free of cost from noon this Friday through your computer, tablet, smartphone or VR headset, and provide an unforgettable experience. This fully immersive experience rolled out in partnership with the ACO, the 24 Heures Motos organizer, lets you enter places that are usually off-limits to the public and look around from any angle you choose: a pit box tour, access to the starting grid, a refuelling stop with you as a member of the pit crew, an exploration of Race HQ, the most secret space on the circuit, an on-board tour with commentary by the rider, the thrill of being the winner going past the chequered flag, the podium ceremony and a look inside Eurosport’s OB van.

Even more amazingly, we’ll be offering you a Street View-style 360° virtual tour of the main grandstand along the start/finish straight, with a visit to the pit boxes.

Available from Friday 28 August on www.ewc360fantour.com and on all the FIM EWC, ACO and 24 Heures Motos platforms and social media. 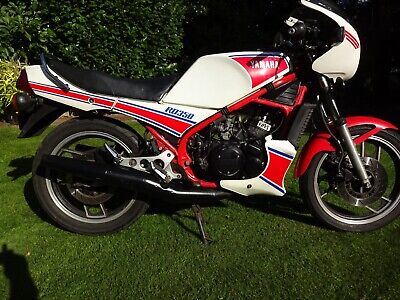