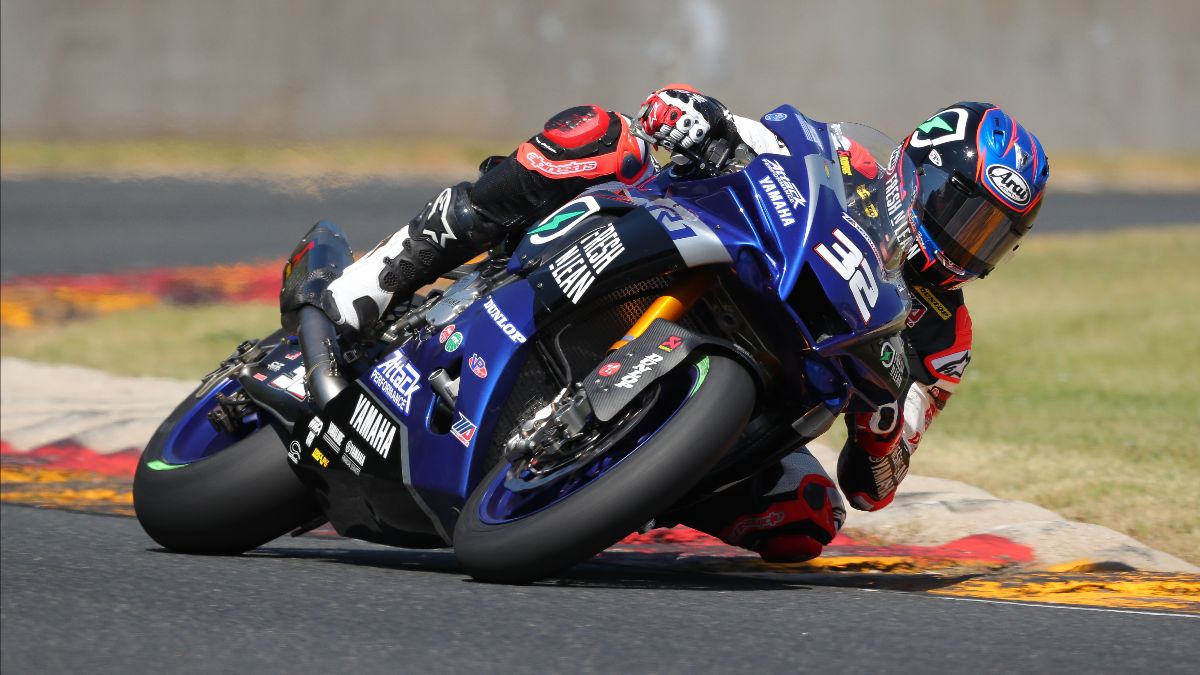 Fresh N’ Lean Attack Performance Yamaha’s Jake Gagne has been on pole position for the first two rounds of the 2021 MotoAmerica HONOS Superbike season. Based on his performance today in Q1, it would be hard to bet against him doing that again this weekend in round three at Road America.

Gagne best lap, a 2:11.426, came on his eighth go-around of the session on the four-mile Road America on a scorching hot day in Elkhart Lake. That 2:11.426 was .359 of a second quicker than M4 ECSTAR Suzuki’s Cameron Petersen, the non-defending MotoAmerica Stock 1000 Champion impressing on the team’s Suzuki GSX-R1000 Superbike.

“We made a big gearing change and went taller than we had last year because we figured we’d pick up some more pace,” Gagne said. “I don’t think any of us have ever seen this track this hot so it’s a little greasier than we thought. There’s definitely less grip out there than I’ve ever seen it. We all know what tires we’re going to race on, but I know there is a little less grip, a little less bite in some areas. We made some gearing changes, and it came together. We’ve got a good bike. We’ll see if we can make a few tweaks in the morning and keep it rolling.”

Petersen’s teammate Bobby Fong, the winner of one of the four Superbike races held here a year ago, was third fastest with his 2:12.534. Warhorse HSBK Racing Ducati New York’s Loris Baz ended the day fourth in his Road America debut and just a tick ahead of Westby Racing’s Mathew Scholtz.

The Superbike lap record at Road America is a 2:10.623 lap set by Cameron Beaubier during Superpole last June. Gagne and the rest will have a chance to eclipse that record tomorrow morning in Q2 when he they use qualifying tires.

HONOS HVMC Racing’s Richie Escalante led the Supersport field in Q1, his 2:19.386 lap over half a second quicker than his rival Sean Dylan Kelly on the M4 ECSTAR Suzuki. MESA37 Racing’s Stefano Mesa was third, 1.1 seconds off Escalante’s best.

In what will likely be a preview of Sunday’s Mission King Of The Baggers race, Mission Foods S&S Cycle Indian Challenger’s Tyler O’Hara and H-D Screamin’ Eagle’s Kyle Wyman went back and forth with provisional pole position. The spot eventually went to O’Hara, the winner of round one at Road Atlanta, with his 2:29.153 – just .154 of a second faster than Wyman, who led the first session despite crashing when he missed a shift and ran off into the gravel.