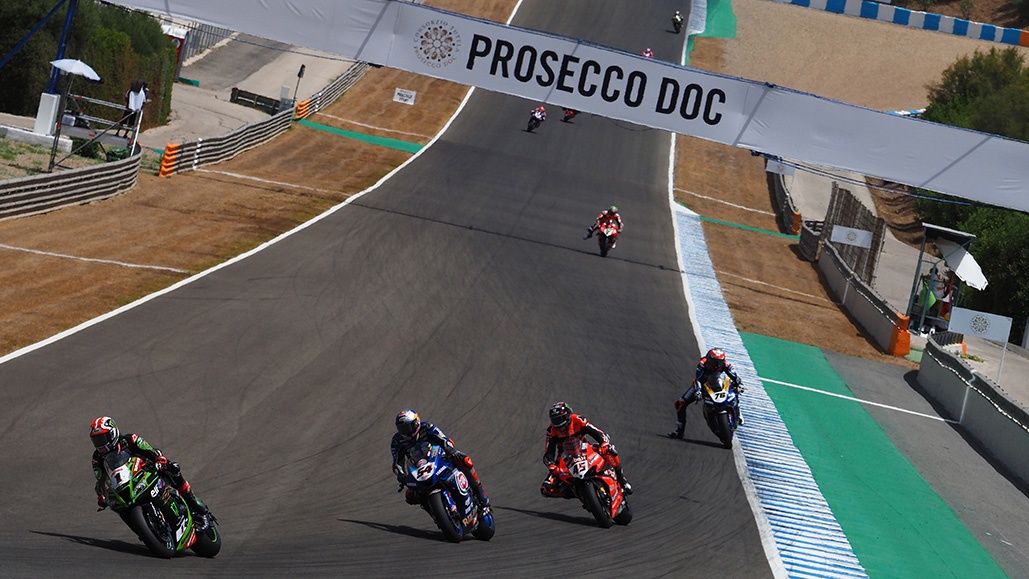 Grand duels in the heart of Spain, who will be the next rider to conquer 2020’s sensational season?

The fourth round of the 2020 MOTUL FIM Superbike World Championship awaits as the paddock heads to the MotorLand Aragon venue for the Prosecco DOC Aragon Round – the first of two back-to-back events at this circuit. A slender four-point margin at the top of the Championship standings sees Jonathan Rea (Kawasaki Racing Team WorldSBK) holding off Scott Redding (ARUBA.IT Racing – Ducati), but with the last four wins at Aragon going to Ducati, it could all change this weekend.

Three wins at the Aragon circuit and coming off the back of the first hat-trick of the season, Jonathan Rea aims to continue his success and build on his Championship lead. The fourth Championship leader in just three rounds, Rea’s dominant triple at Portimao means he brings with him confidence, something that’ll be crucial in the back-to-back events. KRT on a whole had an extremely positive test too, as Rea’s teammate Alex Lowes topped the overall timesheets at the end of day two. Fourth in the standings, he wants to reassert himself and get a first podium since his Race 2 win at Phillip Island; he took his first Aragon rostrum in 2019 for Yamaha.

Dominant. Dazzling. Ducati. A mighty record at MotorLand Aragon since 2015 means that the Bologna manufacturer are the squad to beat. Chaz Davies (ARUBA.IT Racing – Ducati) is sixth in the standings, but he’s got five Aragon wins for Ducati and two more victories from 2013 with BMW. Ducati also won the three races at Aragon in 2019 with Alvaro Bautista and now, another ex-MotoGP™ star is onboard the Panigale V4 R in Scott Redding. The rookie had a tricky Portimao and relinquished the lead in the title race. Four points split him and Rea and with Aragon welcoming the two heavyweights for thrilling action, could we see the first head-to-head battle between them?

Whatever happens, you can be guaranteed that Toprak Razgatlioglu (PATA YAMAHA WorldSBK Official Team) will be in the fight. The Turkish star suffered his first crash of the season at Portimao in Race 2 but remounted to finish eighth, whilst he was only seventh at the Aragon test after trying new items. It could be a tough round for the 23-year-old, but he’ll be up for the challenge regardless. Teammate Michael van der Mark lies fifth in the standings, two places and 21 points behind him. An upturn in form has seen the Dutchman on three of the last five podiums and Aragon, whilst not his or Yamaha’s best track, could see the return of van der Mark to the top.

Seventh in the standings is Alvaro Bautista (Team HRC), with him and the Honda effort enjoying recent rounds and starting to make an impression towards the front of the field. A best result of the season in fifth in Race 2 at Portimao sets the Spaniard up for great things at a track he dominated at last year. Coming off the back of a strong MotorLand Aragon test, Bautista could be in line for a first podium of 2020. Teammate Leon Haslam has never won at Aragon, but he was on pole in 2015; will he be able to challenge at the front of the grid this weekend, and push towards the rostrum places? Both Hondas are making steps and back-to-back rounds at one circuit will be just what they need.

BMW were absent from the MotorLand Aragon test but return to the place where they achieved a first front row since their factory comeback in 2019. Tom Sykes (BMW Motorrad WorldSBK Team) is only tenth in the Championship and did the double at Aragon back in 2014, whilst Eugene Laverty is down in 14th overall, but picked up a first top ten of the season in Portugal. Both Tom and Eugene have been missing a bit of pace during the race but with both riders experienced at Aragon, they’ll be hoping to make progress and challenge for their first top five finishes of the 2020 season.

Leading the Independent teams to Alcañiz is Loris Baz (Ten Kate Racing Yamaha) with eighth overall. He was back on the podium at Portimao after six years away but another Race 2 crash means he comes to Aragon slightly on the backfoot, especially given that he and the Ten Kate squad haven’t visited with Yamaha machinery. A point behind is the in-form Michael Ruben Rinaldi (Team GOELEVEN), who made his WorldSBK debut at Aragon. The Italian is in the best form of his career, with the last four results being in the top eight – including two top five finishes.

The next Independent is America’s Garrett Gerloff (GRT Yamaha WorldSBK Junior Team), racing for the first time at Aragon, having tested there before. Teammate Federico Caricasulo was on the WorldSSP podium at Aragon and comes from his WorldSBK first top ten at Portimao; they are 12th and 17th in the standings respectively. Marco Melandri (Barni Racing Team) was the first winner at Aragon back in 2011 and returns for more in 2020, as Xavi Fores (Kawasaki Puccetti Racing) has happy memories there too, leading a race in 2018. Chile’s Maximilian Scheib (ORELAC Racing VerdNatura) is back on track and keen for points at a circuit he knows from STK1000 and Leandro Mercado (Motocorsa Racing) hopes for another top ten. Sylvain Barrier (Brixx Performance) aims to build on his first point of 2020 from Portimao and Takumi Takahashi (MIE Racing Althea HONDA Team) and teammate Lorenzo Gabellini seek their first points of 2020.

Besides the regular runners, Christophe Ponsson (Nuova M2 Racing) will be back on the grid as a wildcard, whilst Spaniard Roman Ramos (OUTO TPR Kawasaki) returns to action for the first time since 2018 in place of Sandro Cortese.