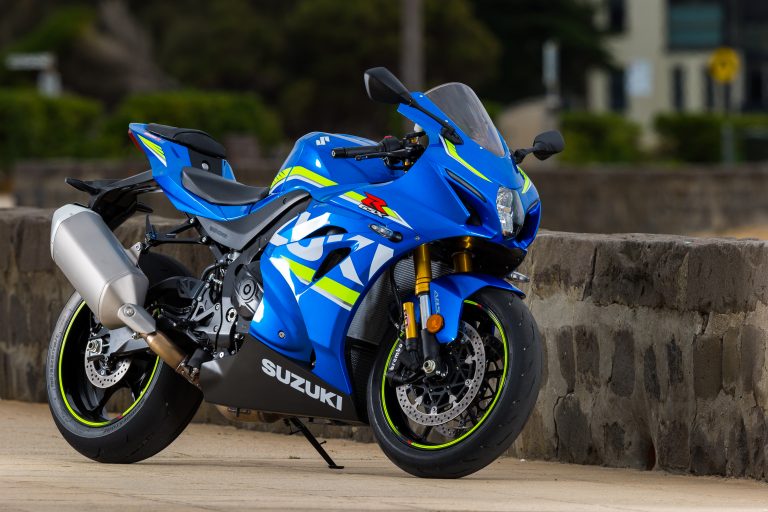 The all-new GSX-R1000 will be available to test ride from a series of biker cafés this year, as Suzuki embarks on a summer tour of some of the most popular haunts in the country. Starting at the Green Welly Stop in Tyndrum, Scotland, on June 3, the tour takes in seven weekends, ending at Suzuki’s local bike café, the Super Sausage in Towcester, on September 30.

The new GSX-R1000 features a host of MotoGP-derived technology, including a clever variable valve timing system that gives the new sportsbike both 202hp and 117.6nm of torque. It gets a 10-stage traction control system governed by an inertial measurement unit that also controls rear wheel lift under braking. There are also three power modes and ABS, while the GSX-R1000R also gets launch control, lean angle-sensitive ABS, and a bi-directional quickshifter and auto-blipper, plus Showa’s race-proven Balance Free suspension.

Joining Suzuki’s GSX-S range for 2017 is a new GSX-S750, which takes its engine from the iconic GSX-R750. It gets the same dash and three-mode traction control system as the bigger GSX-S1000 and GSX-S1000F, and all three will be available to test ride as part of the café tour, along with the SV650 middleweight naked.

Suzuki GB marketing manager, Rob Cooper, announced the tour, saying, “This is the third year of our biker café tour, which has proven both immensely popular and successful over the last couple of years. By visiting the cafés we’re getting out there and bringing our bikes to a wider audience. As a result, we’re making the test ride experience even easier, and spending time with people we’re perhaps not currently seeing at other events or in dealerships. We’ve cherry-picked some of the most popular destinations across the country, and will be running two-day events at all of the cafés on the calendar. We’re now looking forward to the first event next month.”

Those wishing to book a test ride in advance can do so by clicking here.