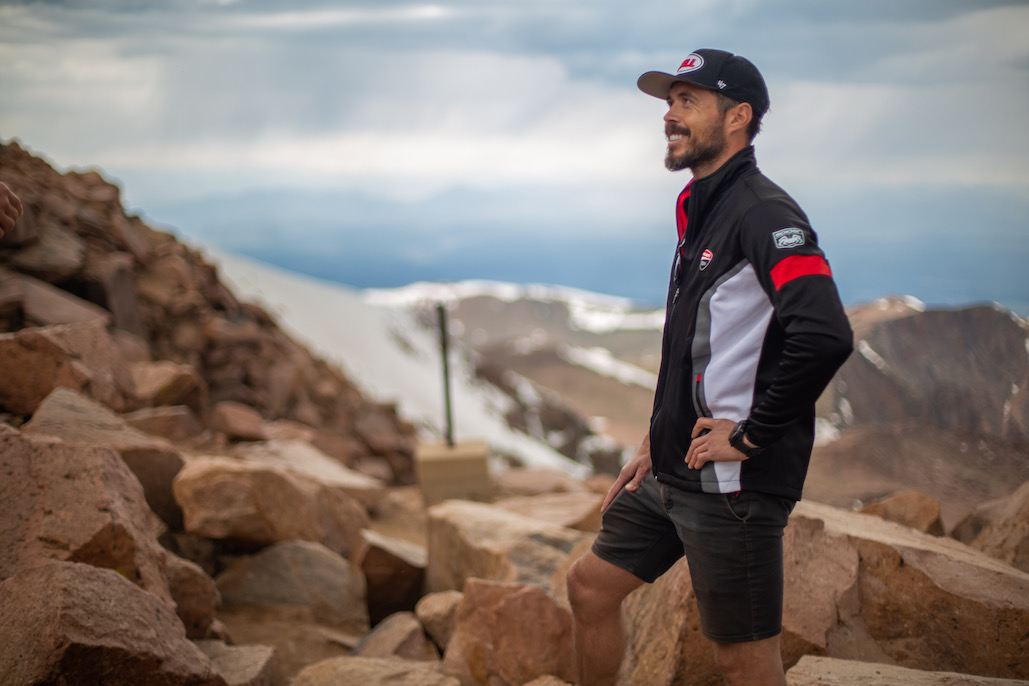 Carlin was a 4-time champion of the Hill Climb, won Rookie of the Year in 2011 and broke the 10-minute barrier the following year, setting a new course record that stood for five years.  He then selflessly volunteered two race seasons as part of Ducati’s Squadra Alpina Team, with the Race Smart program, mentoring rookie riders as they first came to race the mountain. Carlin documented his week leading up to the race which is true picture of both the man and competitor. His final video is available via this link:
https://youtu.be/r3kjd-SCPd0

He was loved, respected and admired by all those whose lives he touched. Following the race, at the Awards Ceremony on Monday, competitors paid tribute to Carlin as a mentor, a friend, a competitor, a racing icon and about the impact he made on their lives. The video is available via this link here:
https://youtu.be/776aKA7YtkI

In addition to his efforts at Pikes Peak, Carlin’s passion for two wheels took on all forms. He raced and won the Score Baja 500, competed in the Score Baja 1000, was one of the first two riders to traverse the La Carrera Panamericana, competed in the Super Hooligan series Bonneville Land Speed Racing, was a pioneer in Freeride Mountain biking, served as a partner in Ducati Santa Barbara and performed motorcycle stunt work for both television and film, among many other accomplishments.

All proceeds raised through the GoFundMe account will go directly to Carlin’s mother, Romie, to help with expenses and to honor his legacy with a celebration of Carlin’s life in Santa Barbara a month from now.

Many have already committed to a contribution of $932 in honor of what would have been his record setting run. We would appreciate any donation to support Carlin’s mom with funeral expenses and Carlin’s celebration of life.
This is the only official channel for donations and support.
The official GoFundMe account can be found here:
https://www.gofundme.com/carlin-dunne-932