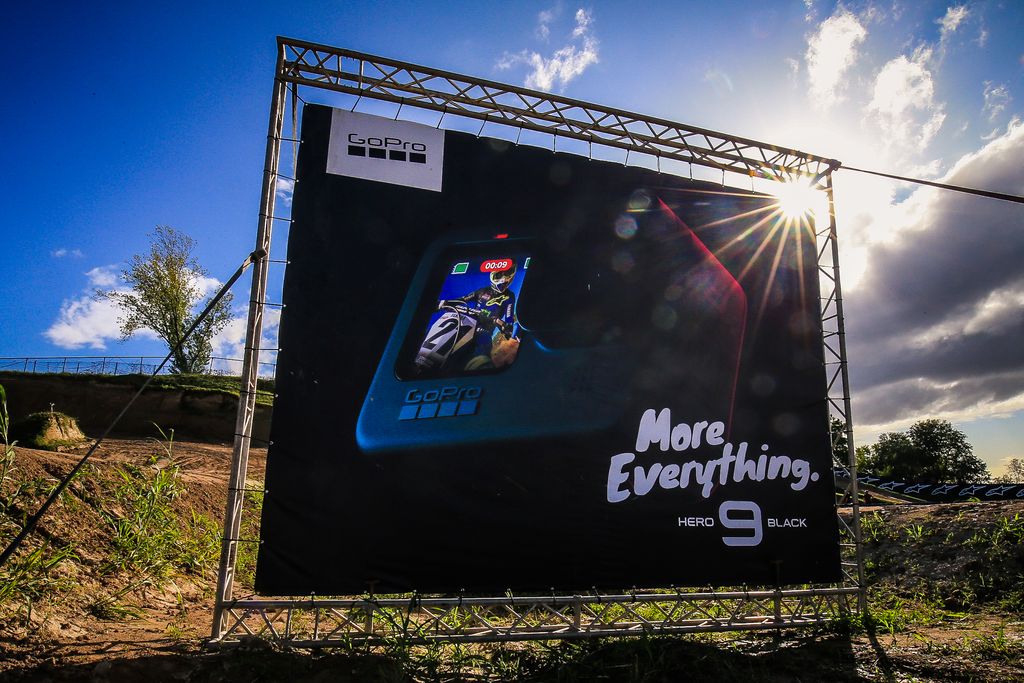 Infront Moto Racing is extremely delighted to announce that GoPro will continue as MXGP’s official action camera as they pursue to bring all the best photo and video content from the FIM Motocross World Championship.

GoPro, a manufacturer of the world’s leading action-sports camera, joined the FIM Motocross World Championship back in 2013, and since then has produced some top-quality content, giving all MXGP fans the opportunity to enjoy motocross from a variety of perspective and angles, all thanks to the creative technologies of the GoPro cameras and mounts!

During the race days, MXGP uses numerous GoPro cameras on athletes and in the paddock to capture some of the best action and unique angles up close and inside of the race. This footage appears on MXGPs, GoPro’s and the athletes social media channels and is often used in broadcast.

Most recently, GoPro launched a new addition to their camera line-up, the GoPro HERO9 Black! The new flagship model features “more everything” including a new sensor that delivers 5K video and 20-megapixel photos, next-generation HyperSmooth 3.0 video stabilization and a new front-facing display in order to give the user and viewer an even better experience!

While around the circuit you can find various GoPro advertising boards and activations, including a window giving prime TV visibility of the all-new HERO 9 camera ad! This new advertising window along with GoPro boards were visible during the MXGP Lombardia, and will be present at the MXGP of Spain, Monster Energy MXGP of Flanders and the MXGP of Trentino.

In previous years, fans also got the opportunity to take part in GoPro’s many activities at selected events, getting to test all the latest technology and the coolest gear, as well as participate in some exciting giveaways, which we look forward to welcoming back in the future when it is safe to do so.

Infront Moto Racing looks forward to continuing this wonderful cooperation, with one of the leading brands in the industry, as we bring our fans an even more exciting look of the FIM Motocross World Championship!

Furthermore, GoPro has offers the GoPro subscription service, which delivers the best value and end-to-end experience to GoPro users. GoPro subscribers benefit from no-questions-asked camera replacement; unlimited cloud storage of their GoPro photos and video at original quality; enhanced live streaming to GoPro.com with fewer restrictions than other live streaming services; up to 50% on mounts and accessories at  GoPro.com, including the brand-new lineup of GoPro Lifestyle Gear;

Check out the all-new GoPro Hero 9 at www.gopro.com