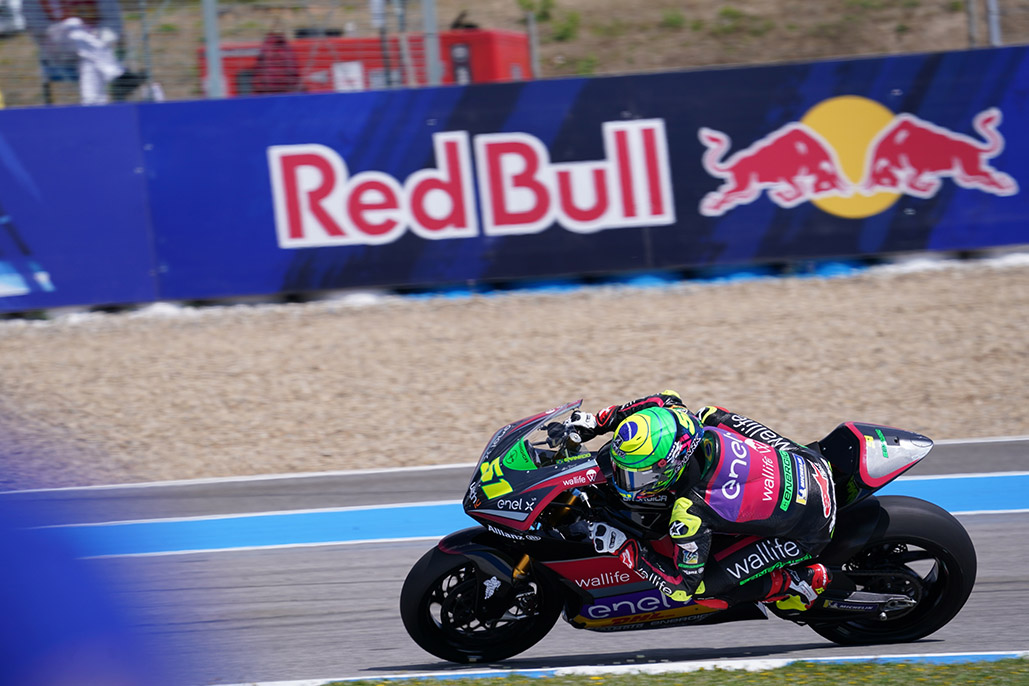 The Brazilian smoked the rear all the way round Jerez to come out on top, ahead of Tulovic and rookie Aldeguer

Eric Granado (One Energy Racing) will start his 2021 FIM Enel MotoE™ World Cup campaign from pole position at the Gran Premio Red Bull de España, the Brazilian putting in a stunner in E-Pole to head the grid by two and a half tenths. Lukas Tulovic (Tech 3 E-Racing) returns to the front row in Spain as the German made a big step forward from Friday to take second, with rookie sensation Fermin Aldeguer (Openbank Aspar Team) starting third for his debut race in MotoE™.

As the first few riders put in their times, it was Maria Herrera who set the first benchmark that outlasted a few rivals, with the Openbank Aspar Team rider cutting two tenths off her previous best during Free Practice. Next the rider to beat was Mattia Casadei (Ongetta SIC58 Squadra Corse) as he took another two tenths off the top, before drama hit for his compatriot Matteo Ferrari (Indonesian E-Racing Gresini MotoE).

2019 Cup winner Ferrari was up, setting red sectors, before the Italian made a key E-Pole mistake: track limits. Seemingly just on the green at Turn 4, everyone held their breath to wait for the official confirmation of whether Ferrari was in or out, and when it came it was bad news: he has to start from the back.

Back on track, Alessandro Zaccone (Octo Pramac MotoE) was the next to head the timesheets as he shaved another chunk off for provisional pole, but it wouldn’t last long as rookie Aldeguer headed out. Faster still, he took over on top. Next out was Jordi Torres (Pons Racing 40) but the Spaniard slotted in behind Zaccone, so there were just three riders left: Tulovic, Dominique Aegerter (Dynavolt Intact GP) and Granado.

Tulovic was up first, the German putting his almost signature Saturday speed on display to take another slice of time off provisional pole, setting a 1:48.012 and taking over. So could Aegerter do it? Surprisingly, not quite. The Swiss rider took third behind Aldeguer, so a front row would all come down to whether the last man out could leapfrog Aegerter or all three: Granado.

Despite fearing the green after falling foul of track limits in 2020, it was something special as the Brazilian lit up the rear tyre and took a stunning four tenths out of the time to beat by the end of the third sector, with pole his if he could hold on. A sideways trip into the final corner saw him lose a little time, but keeping it well within track limits and pinned to the line saw him take E-Pole by a quarter of a second.

That’s a full house of sessions he’s now topped this weekend, the best case scenario as Granado aims to repeat his Jerez win last year. Tulovic, who recovered from a small allergy that dampened his progress on Friday, takes second and aim at his first podium as rookie Aldeguer impresses once again on the outside of the front row.

Aegerter heads up Row 2 ahead of Zaccone, with Torres taking sixth. Seventh went to Casadei, joined on the third row by Xavi Cardelus (Avintia Esponsorama Racing) and Herrera as she took a step forward up the timesheets. Rookie Miquel Pons (LCR E-Team) completes the top ten.

The stage is set for a stunner at the Circuito de Jerez-Angel Nieto, so make sure to tune in at 10:05 (GMT+2) on Sunday for the first MotoE™ race of the year. All eyes will be on Granado at the front and Ferrari looking to move through from the back, with eight laps of action just around the corner!

Eric Granado: “I’m very happy, we did a great job all preseason and all this weekend, I have a really good feeling with the bike and I’m very happy with my new team, I want to say thanks to them for trusting me this season. It was a good lap, I came in with a lot of confidence but trying to avoid all the kerbs and all the green because I didn’t want to make a mistake and lose my lap. The last corner is somewhere I’ve had a lot of confidence all weekend and you know, you always try to push more! I went sideways a little bit and then I preferred to go wide than try to go in the corner and maybe crash, Finally it was ok, we could get pole and I’m ready for tomorrow!” 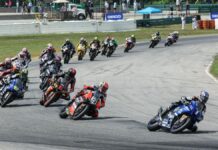 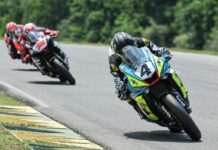 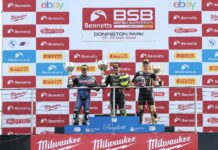 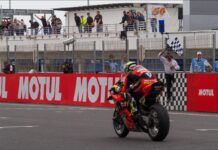 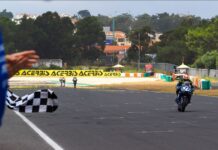 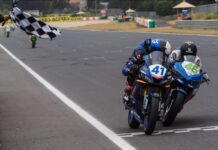