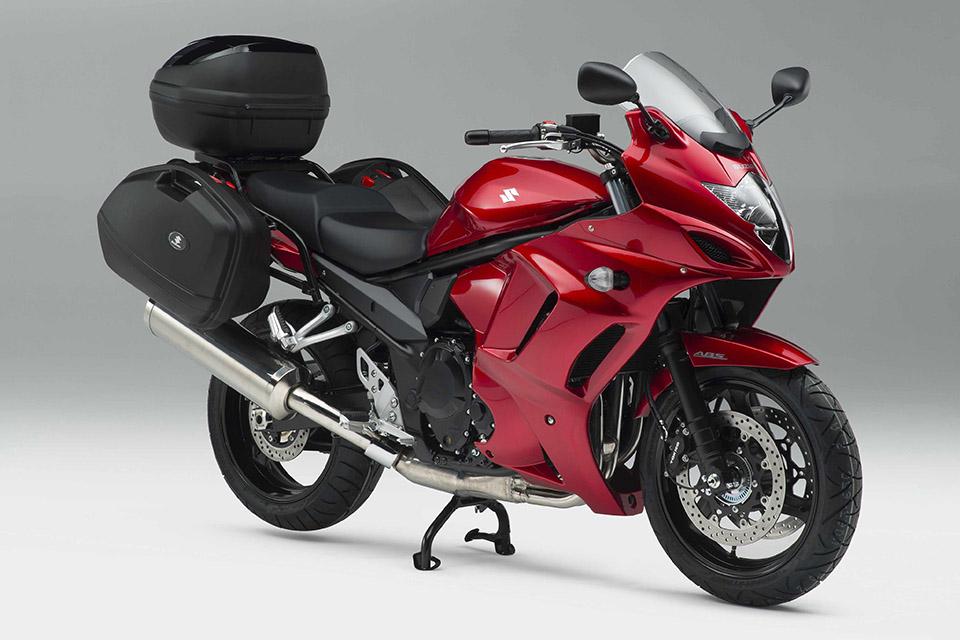 Suzuki has announced that its GSX1250FA sports-tourer is now available with a full luggage set as standard, while also adding a new Sport model to the V-Strom 1000 range.

Available in a classy black finish or candy red for 2015, the GSX1250FA now comes complete with a top box and panniers as standard, boasting a combined capacity of 105 litres. The inclusion of fitted luggage as standard adds further value to the already proven touring machine, which is available with an RRP of £7,999.

Also announced by the Japanese manufacturer is the addition of the Sport model to the V-Strom 1000 stable for 2015, as it joins the Adventure and Desert versions of the versatile adventure bike.

With an RRP of £9,799, the V-Strom 1000 Sport is only available in black and comes with a stunning Yoshimura Hepta Force exhaust. It also features a decal set, belly pan, hand guards, engine bars and a chain guard.

The V-Strom 1000 Sport is available from authorised dealerships now.

Both models are also available on Suzuki’s current 50/50, interest free finance campaign, which means customers can either pay half the cost of the agreed sale price upfront – or pay nothing if using a trade-in worth half the bike’s value – and pay half in two years’ time.

For more information on both the GSX1250FA and V-Strom 1000 Sport, as well as the 50/50 finance campaign, visit www.suzuki-gb.co.uk