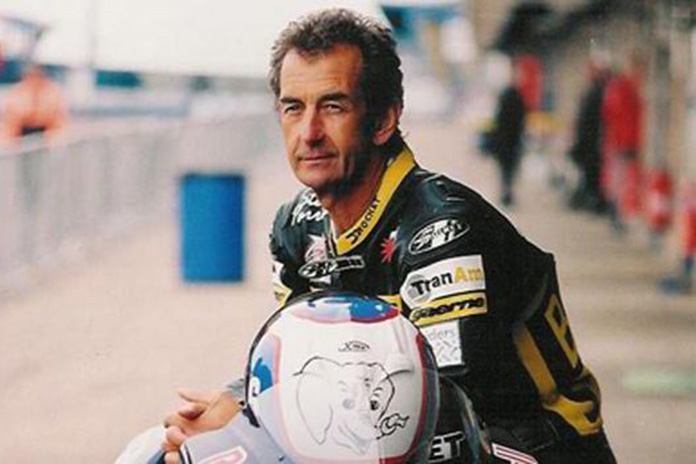 Hagerty is best known as a classic vehicle insurer but is also one of the world’s largest automotive lifestyle brands. 2021 has seen increased investment across all aspects of the Hagerty business, from content and events and data to client services, as Hagerty strengthens its global offering to the motoring enthusiast.

The latest announcement from Hagerty UK is a partnership with motorsport legend Steve Parrish. Steve will produce exciting content with the Hagerty media team, attend selected automotive events, and will take part in Hagerty’s successful online panel and seminar discussions.

Steve became a professional motorcycle racer at the age of 22 in 1976, winning the ACU Solo title in the British Motor Cycle Championship. In the same year he became team mate to Barry Sheene on a Suzuki and competed in the 1977 500cc world championship. Parrish finished fifth in the 1977 500cc world championship, before returning to British-based riding to become the 1978 500cc British Champion. He also won the Shell 500 title in both 1979 and 1980, and a Superbike title in 1981.

Parrish then started a successful truck racing career, winning the 1987 British Open Truck Racing Championship. Parrish took both the European and British Truck Racing championship titles in 1990, then held the British title for four years and retained the European title for five years driving for the BP-Mercedes Benz team. Parrish regained the prestigious European crown again in 1996 in Jarama. The most successful truck racer ever, he retired in 2002 at the age of 47.

In 1985, Parrish started commentating for BBC radio, before joining Sky television to commentate on Superbike alongside Barry Nutley He moved to the BBC in 1990 to commentate on the British 125 championship, before transferring to the BBC’s Moto GP coverage, currently undertaken with Charlie Cox. A qualified pilot, Parrish also a commentator for the Red Bull Air Race series for Channel 4. Isle of Man TT Races for ITV4 & NW200 for BBC NI.

Away from television, Steve regularly tests vehicles and writes for racing magazines, and holds the Guinness Book of Records world record for the “Fastest Speed Achieved in Reverse” (105mph) using a Caterham. Of course, Steve continues to race classic motorcycles today at various events, shows and meets around the world.

Speaking of the partnership Lee Mathewson, Managing Director for Hagerty UK, said “Steve is a legend in the world of motorsport, not only for his motorcycle and truck racing but also for the sense of fun he brings to everything he does. Hagerty exists to save driving and we’ve worked hard with our partners to provide flexible cover for all types of enthusiast vehicles, including motorcycles, and always encourage our clients and members to get on the road. Steve’s knowledge and influence within the motorcycle industry will be invaluable as we create content and activities designed to appeal to motorcycle owners and enthusiasts around the world.”