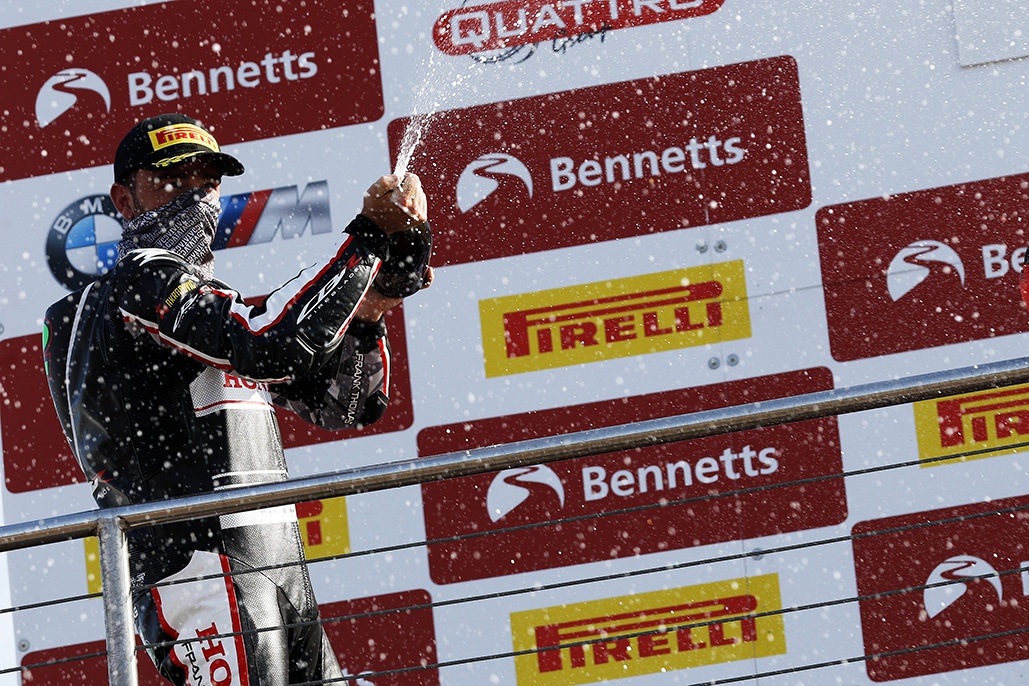 The opening rounds of the Bennetts British Superbike Championship produced high drama at Donington Park, with the next triple-header coming up at Snetterton this weekend as the title fight hits Norfolk.

This weekend the battle for supremacy continues, with the additional honour of battling the Monster Energy Race of Aces trophy, which will be presented to the rider who has the highest cumulative score from the three races. The illustrious title has previously been awarded to racing legends including Mike Hailwood, Giacomo Agostini, Phil Read, Paul Smart, Mick Grant and Barry Sheene.

As the championship reaches Snetterton, the Irwin brothers lead the standings for Honda Racing courtesy of their stunning performances with the new Fireblade at Donington Park. Glenn currently has the early upper hand over younger brother Andrew, who trails him by ten points following his much talked about round three disqualification after an incident with Josh Brookes.

The Honda Racing pair though are under no illusions ahead of this weekend; the 300 circuit was a happy hunting ground for the Ducatis last year when Scott Redding claimed the double win, and following his commanding round three victory, Tommy Bridewell will be targeting a repeat performance.

Oxford Products Racing Ducati’s Bridewell holds third in the standings narrowly ahead of McAMS Yamaha’s Jason O’Halloran. The Australian has been a race winner at the Norfolk circuit in the past and his teammate Tarran Mackenzie was on the podium last season, so the team will be optimistic of success this weekend.

Christian Iddon leads the VisionTrack Ducati charge following his brace of fourth place finishes at Donington Park, with Tarran Mackenzie splitting him and teammate Brookes. The 2015 champion is fully focused on regaining lost ground after his zero points score following his huge high-speed crash in the final race at Donington Park, at a circuit where he was a double podium finish in 2019.

Kyle Ryde got his campaign with Buildbase Suzuki off to an impressive start in the opening rounds and he holds eighth position in the standings ahead of Danny Buchan and Ryan Vickers, who heads to his home circuit this weekend.

Glenn Irwin
(Honda Racing)
Championship leader
“For sure it definitely exceeded expectations at Donington Park, to come away with what was three second positions – it was a dream weekend.

“Donington National throws up some great, tight racing, and also some shocks, and that’s one of the reasons why I’m keen not to get complacent ahead of Snetterton.

“I am really looking forward to Snetterton, it’s nice when you can roll into a round as the championship leader which is a new feeling for me in Superbike racing.

“I expect Snetterton to be harder for us, as for sure we have a lot more to find there than what we did at Donington after the test.

“It might be a case of coming away and grabbing as much as we can but who knows, if the team works hard, I work hard, Andrew works hard, we work hard together – we’ll be trying to close that gap that I think is going to be there at the moment.

“So my target is first of all to reduce that significantly and then anything else is going to be a bonus.”