It’s time for Round 3 and everything could well change again as we’re back on very familiar turf.

Many on the Honda British Talent Cup grid will have experience at the tracks that make up the 2020 calendar, but until now, none of them had experience from this season to count on. For Round 3 though we head for the classic Silverstone Circuit in Northamptonshire, and that’s the venue they attacked just weeks ago in testing… so will that shuffle the pack again?

It’s been highs and lows for many so far this year, thanks to a mix of bad luck, technical trouble and mistakes. But there are another 50 points on the table this weekend and only three riders have more than that in the standings so far, so it remains anyone’s game. At the top is Franco Bourne (Franco Bourne Racing/SP125 Racing) courtesy of what had been some sublime consistency and race-winning form… until his crash out in Race 2 at Snetterton. Nevertheless, the groundwork put in before sees him remain top of the pile despite that blip, with eight points in his pocket over double Snetterton podium finisher Eddie O’Shea (WAM). Bourne will be aiming to extend that.

O’Shea should also remain one to watch as he’s gone from top five to podium or victory contender, and Harvey Claridge (City Lifting/SP125 Racing) has been near the front since the off too. Claridge is only five points off O’Shea as well, which can easily change in the course of a single race – and we have two at Silverstone. Fourth place, meanwhile, belongs to Casey O’Gorman (Microlise Cresswell Racing) as it stands. He has fifty points – two wins and two DNFs – and will want to start a run of consistency at Silverstone. Having said that, the number 72’s 0 in Race 1 at Snetterton was a mechanical and not a mistake, so he has ground to make up but not all of his own doing. O’Gorman was also fastest in testing at Silverstone with a fair margin at the top…

Second in that test, ahead of O’Shea in third by just a couple of thousandths, was Charlie Farrer (Victoria House Racing Academy/Mortimer Racing). He has 45 points and will be another looking to move forward after two podiums, a fourth and a 0. A perennial frontrunner, Farrer will also be keen to try and really challenge for his first win, having been on the pace at both race venues so far as well as Silverstone in testing.

The battle behind the top five is currently led by Elliott Dufton (D&D Racing), and he will want to try and bridge the gap from fighting for the top five to fighting for the podium. Harrison Crosby (Banks Racing), Corey Tinker (Stauff Fluid Power Academy), Ollie Walker (Moto Rapido/SP125 Racing), Ryan Hitchcock (Wilson Racing) and Evan Belford (City Lifting by RS Racing) will expect to play a role in the fight for the top ten as a minimum too – and Belford likely for the top five or podium. One name will be missing from that list this time around: Bailey Stuart-Campbell (151s S-C Racing), as he recovers from a broken ankle sustained at Snetterton.

The Honda BTC is ready for another round of two awesome races, this time taking on Silverstone (National). Who will come out on top? Find out in Race 1 at 14:15 (GMT +1) on Saturday the 5th of September, before Race 2 on Sunday at 13:05. 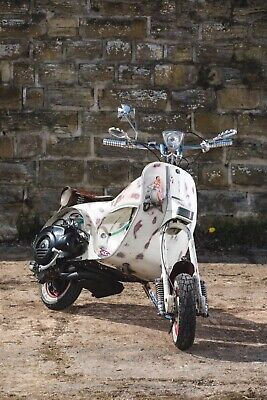