Honda is marking a decade since its Dual Clutch Transmission (DCT) technology first appeared in its two-wheeled product line-up.

Having first appeared in dealerships across Europe on the VFR1200F sports tourer, Honda’s DCT remains unique in the world of powered two-wheelers. In total, over 140,000 machines with DCT have been sold in Europe, and in 2019, 45% of Africa Twins, 52% of NC750X’s and 67% of Gold Wings sold in Europe were the DCT version.

Its success has been in large part due to a constant evolution of the technology, with refinements to the smoothness and timing of the gear shifts, and adaptations to match the riding characteristics required of a broad range of different models. Examples include an off-road focussed ‘G switch’ addition for the Africa Twin and X-ADV, and synchronisation with Hill Start Assist, Walking Mode and Idling Stop on the flagship GL1800 Gold Wing luxury tourer.

DCT is an automated, electro-hydraulic clutch and shift operation gearbox, comprising a pair of independent clutch packs housed in one unit, each of which are connected to separate gear sets – one clutch works with start-up, 1st, 3rd and 5th gears, the other with 2nd, 4th and 6th gears.

Gear changes are made either in Manual mode by the rider using the ‘paddle-shift’ style triggers on the left handlebar, or in Automatic mode according to shifting schedules dictated by constantly-monitored parameters including vehicle speed, engine rpm and throttle opening angle. In either case, no clutch lever or footshift is needed. During a gear change, as one clutch disengages, the other clutch simultaneously engages the target gear to ensure a consistent, ultra-fast and seamless shift, with no loss of drive to the rear wheel.

In addition to the natural advantages for sporty riding that this brings, DCT also allows the rider to focus more on their riding line, braking points, cornering and acceleration. Further benefits include reduced rider fatigue, low stress urban riding, the impossibility of stalling and greatly reduced pitching of the motorcycle during gear changes. 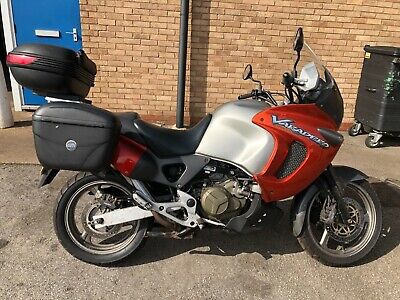