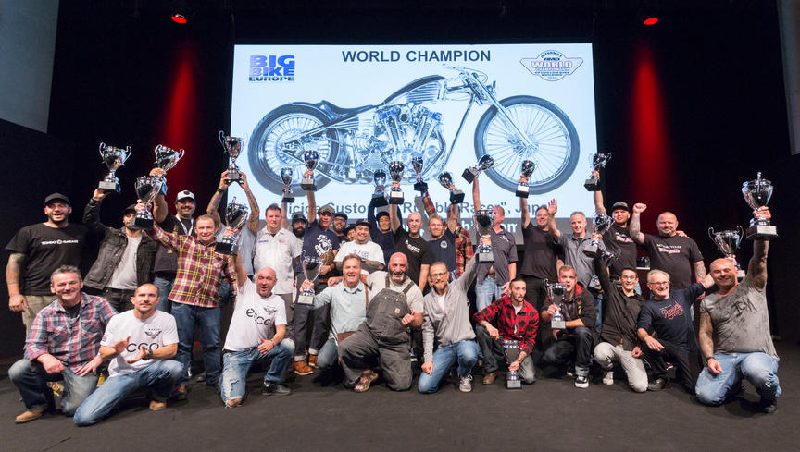 It is already two years since the leading European motorcycle and scooter event INTERMOT successfully integrated a new theme into the overall concept in the form of INTERMOT customized, a topic which was not only enthusiastically received but, more importantly, which is also bringing new momentum to the entire industry; important because some of the ideas that are developed in the V2 custom scene as well as the New Wave custom scene relating to café racers and modern custom-builds eventually end up being adapted for serial production. The motorised two-wheeler industry is innovative and lives on the creativity of its members, who also use INTERMOT, taking place in Cologne from 3 to 7 October 2018, to network widely and exchange ideas with the brands and with the scene.

Accordingly, INTERMOT customized is being given more space in Hall 10.1 with the intention of making it significantly bigger and raising its international profile. And the early signs are impressive: out of the major manufacturers, BMW Motorrad, Harley Davidson, Kawasaki, Yamaha and, for the first time, Indian have all registered to also take part in the INTERMOT customized segment in addition to their regular participation. The list of prestigious distributors in this segment includes CCE, Louis, Motorcycle Storehouse and Zodiac, appearing in Cologne for the first time. Internationally renowned customizers showcasing their “art on two wheels” include JvB, Fred Kodlin, Mellows, Sultans of Sprint, Walzwerk and Wrenchmonkees. Also joining the starting grid are the exhaust specialists from Jekill & Hyde, along with the helmet experts from Nolan. And of course, the new INTERMOT bike, a Yamaha XV 950 R Dragger customized by Marcus Walz, will also be here to be marvelled at.

Also taking place this year as a highlight of INTERMOT customized will be the AMD Championship of Custom Bike Building, an event that stops off in Cologne every two years. It is here that the “who’s who” of customizers will be putting themselves before an international jury with their spectacular conversions. The world title is traditionally awarded in the FreeStyle Class – all modifications are accepted here. In addition, the customizing specialists will show in four other categories what’s in their machines: Retro/Modified, Modified Harley-Davidson, Performance and Café Racer. Participating customizers and their partners in the competition also get the opportunity to present cost-effectively on dedicated exhibition areas – the “Custom Islands” – and to raise their presence among the motorcycling enthusiasts.

In the Garage Area at INTERMOT customized, professionals will be working live on site on project bikes, ensuring every step in the process is clearly explained and demonstrated. Tasks like changing the footrests, handlebars, headlights and indicators will be as expertly explained and performed as shaping and fitting a fuel tank. The area even includes a mobile spray booth. At this year’s event customizing enthusiasts and keen mechanics will be able to follow two projects from the design stage right through to the finished bike. A brand new Ducati Scrambler 1100 will be completely redesigned and customized over the course of the five days of the fair. Niels Peter Jensen, the ProSieben Maxx TV channel presenter of shows such as “Extreme!” and “Man Made”, and himself a keen customizer, will be attending and discussing the conversion process in our Garage Area Lounge. Under the banner “Turning scrap metal into gold”, INTERMOT customized is looking for a conceptual idea from the motorcycling community, wherein a given motorcycle (Honda CB 450S) is customized using parts from LSL and Highsider and with a maximum budget of Euro 750.00. The winning idea will be implemented by the winners, with the support of the experts in the Garage Area, and completed by the end of INTERMOT 2018.

Outrageous and fast-accelerating custom-builds are not only available in the INTERMOT customized hall to be admired, numerous bikes this year are also on the starting grid at the sprint races at INTERMOT 2018. In collaboration with Glemseck 101, INTERMOT is reinstating a sprint competition – this time a short sprint over approximately 130 metres. This is where the eccentric custom sprint bikes of the Sultans of Sprint will be making an appearance, as well as providing an amazing display at a spe