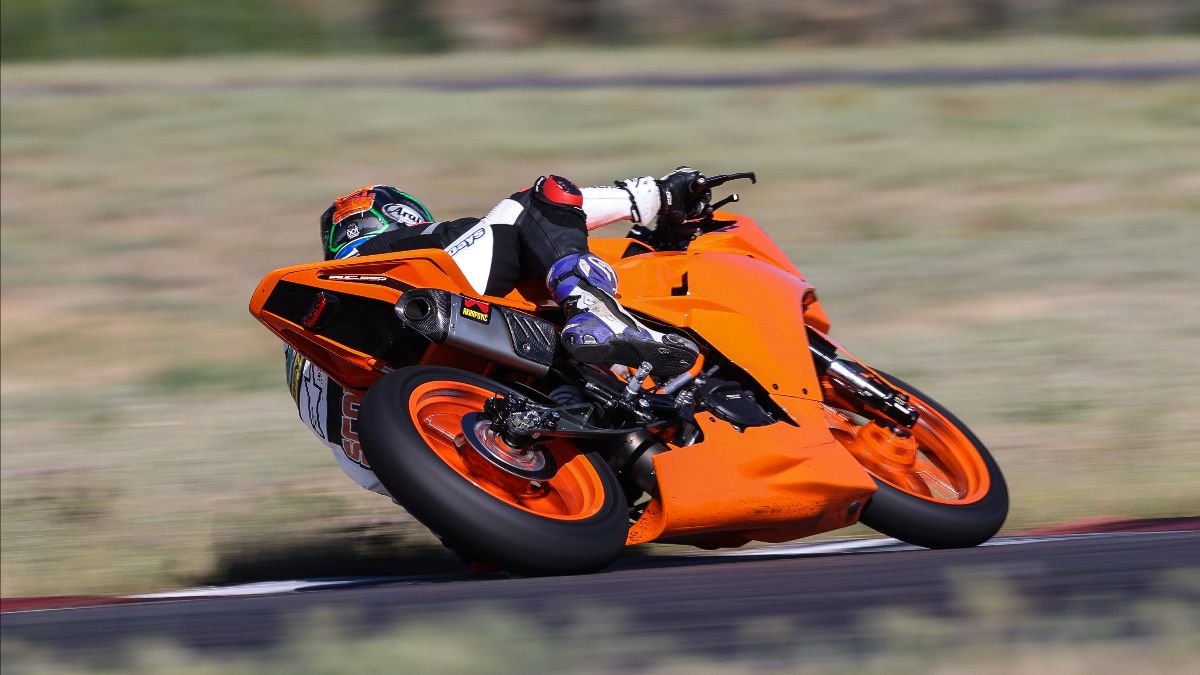 It’s most definitely go-time for those not at the top of their respective championship point standings in the 2021 MotoAmerica Championship as the series heads to Brainerd International Raceway for the sixth of nine rounds this weekend, July 30-August 1.

That’s right. When the dust settles at BIR on Sunday afternoon, there will be just three rounds remaining in the series.

Thirty-one points is by no means insurmountable, but 42 points is starting to get out of reach and that’s what his lead will be if M4 ECSTAR Suzuki’s Sean Dylan Kelly wins both Supersport races at BIR and his HONOS Kawasaki-mounted rival Richie Escalante finishes second in both. So far that has been the case in six races this year as Kelly has had the upper hand in winning seven times to Escalante’s two victories. Kelly, meanwhile, has only been off the podium one time this season while Escalante has had two non-podium finishes. The bottom line is that Escalante, the defending Supersport Champion, needs to turn the momentum in his favor if he is to take this title chase to the very end.

The fight for what will be third in the championship is a real battle with M4 ECSTAR Suzuki’s Sam Lochoff leading Landers Racing’s Rocco Landers by just three points with North East Cycle Outlet Racing’s Benjamin Smith just four more behind with only one point separating him from sixth-placed Stefano Mesa and his MESA37 Racing Kawasaki.

The SportbikeTrackGear.com Junior Cup and the Stock 1000 class are on opposite ends of the racing spectrum, but both feature the closest battles for the championship – 12 points.

In the SportbikeTrackGear.com Junior Cup class the championship battle has Scott Powersports/KTM’s Tyler Scott leading Landers Racing’s Benjamin Gloddy by just 12 points. Scott has five wins on the season, including the last three in a row, and eight podium finishes in total. Gloddy, meanwhile, has two wins and six second-place finishes and is itching to get back to the top of the podium.

Cody Wyman Racing’s Cody Wyman, a race winner from the VIR round, is third, but 68 points behind Scott.

In Stock 1000 it is HONOS HVMC Racing’s Corey Alexander with the 12-point lead over Altus Motorsports’ Jake Lewis. Alexander has three wins on his tally while Lewis has two. Travis Wyman Racing’s Travis Wyman, meanwhile, won the last round at Laguna Seca by fractions of a second over Alexander for what was his second win of the year. Wyman is third and just 20 points behind Alexander. This class battle is far from over.

Just 15 points separate Robem Engineering’s Kaleb De Keyrel from Jackson Blackmon Racing’s Jackson Blackmon in the Twins Cup Championship with De Keyrel winning his third race of the year in the last round at Laguna Seca. Blackmon was riding a hot streak heading into California with two straight wins, but he only mustered up a fourth-place finish in Monterey. There’s a good chance that Blackmon may have his new Yamaha YZF-R7 for the Brainerd round to go against De Keyrel’s Aprilia RS 660, though De Keyrel has the advantage of being one of the few current riders in the series who has raced at BIR prior to this weekend. In fact, it’s his home track as he basically learned to road race at Brainerd.

The Twins Cup has most definitely been all about machine parity in 2021 with all three brands – Aprilia, Suzuki and Yamaha – winning races. At two of the rounds, all three manufacturers were featured together on the podium.

The aforementioned Royal Enfield Build. Train. Race. Series gets started this coming weekend at Brainerd International Raceway with the seven women racers set to do battle in the opening round of their three-round championship.