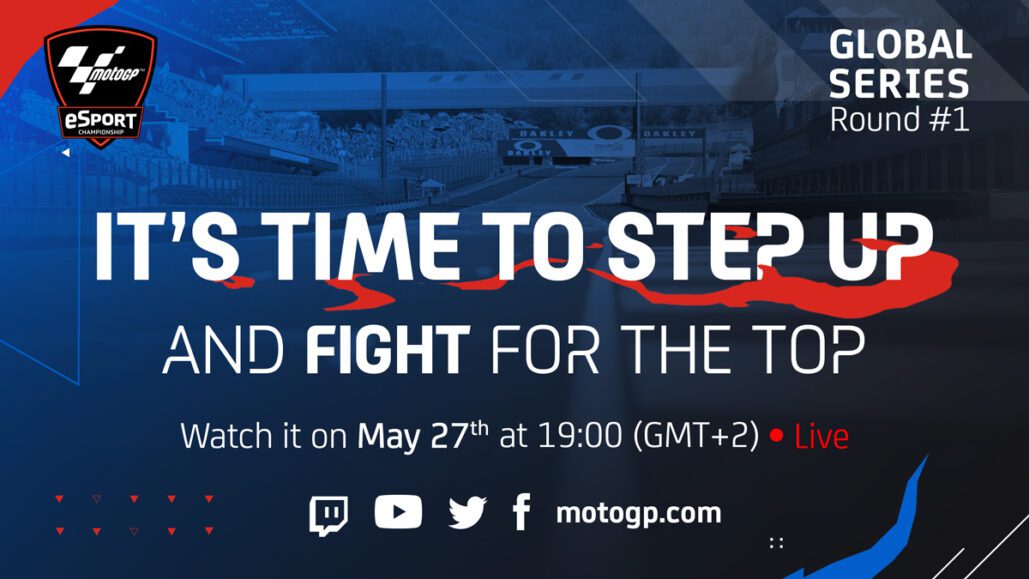 Who will make their early mark? Find out on Friday as the first round of the 2022 MotoGP™ eSport Championship gets underway

After months of practice and Online Challenges, the time has arrived for the definitive stage of the MotoGP™ eSport Championship: The Global Series.

Now in its sixth season, the MotoGP™ eSport Championship is still riding a crest of a wave after a brilliant 2021. Throughout last year, the series continued to attract new fans from around the world. After a total of 27 Online Challenges, eight onsite events and seven virtual events since its inception in 2017, the series has been shown by 16 broadcasters, has amassed 103 million video views, 467 million web impressions and 13.2 million online engagements. The MotoGP™ eSport Championship is a major player in the gaming world.

A total of 27 gamers (16 from Europe, 8 from the Rest of the World and 3 coming from the 2021 Rising Stars Series) were entered into the Draft Selection phase, with that then whittled down to the 12 riders who have been chosen by the MotoGP™ teams as their competitors in the Global Series.

This year’s cast is the usual mix of experience and youthful exuberance, with returning names and former champions Trast73, AndrewZh and Adriaan_26 sure to face tough challenges from gamers hailing from Spain, Italy, Great Britain Indonesia and Australia!

In an expanded championship for 2022, the 12 finalists will contest five rounds of the Global Series this year, with three of them on-site at MotoGP™ events. The highly-anticipated Round 1 will be broadcast on Friday the 27th of May at 19:00 (GMT +2) live from the world famous Autodromo Internazionale del Mugello, the home of the Italian Grand Prix.

Presenters Jack Appleyard and Jack Gorst will host the hour-long show, which will begin with a pre-show before the 12 riders take on two races sure to test the finalists’ full range of skills. Race one will be held on a wet Sachsenring circuit and the second one will be on the Autodromo Internazionale del Mugello. The riders will be playing on the new official MotoGP™22 Videogame from videogame developer, publisher and longstanding partner Milestone – which is available to buy now – with race direction and the event powered by Lenovo Legion PCs.

Who will make their early mark at the first round of five? Be sure to tune in on Friday the 27th of May at 19:00 (GMT +2) as the definitive stage of the 2022 MotoGP™ eSport Championship gets underway!