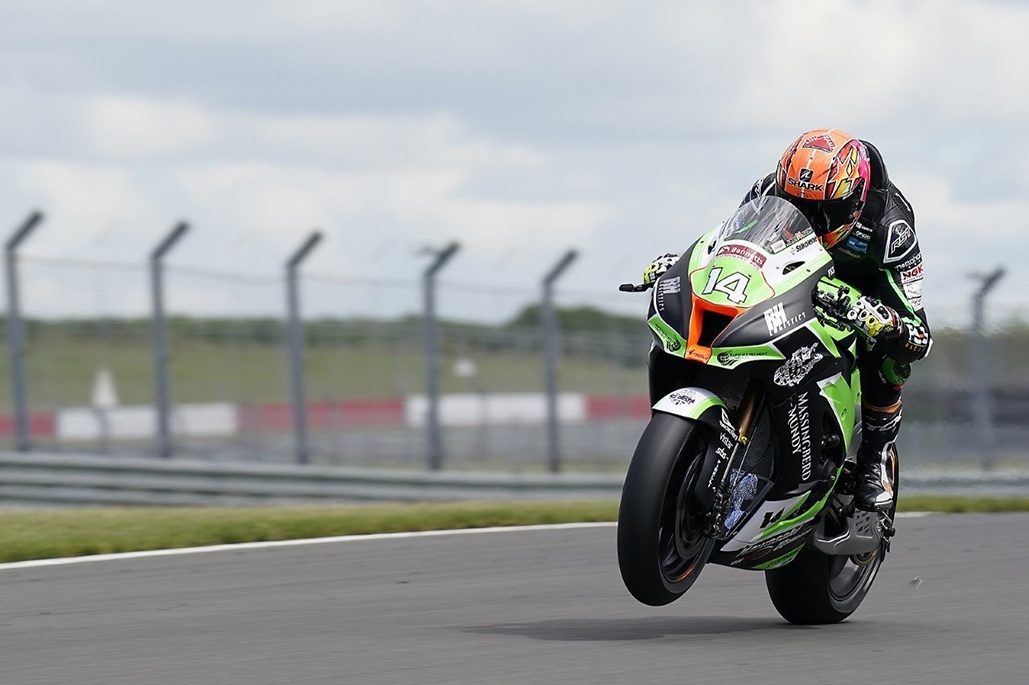 The Massingberd-Mundy Kawasaki team had a strong start to the day with Danny Buchan holding a top three place in the earlier sessions, although the leading position was initially held by the Honda Racing team with the Irwin brothers earlier in the day. Andrew Irwin headed the pack at lunchtime before Glenn Irwin topped session three.

A frantic end to the day saw Buchan setting the pace with just under ten minutes to go, however it was constantly changing and soon Hector Barbera had fired the Rich Energy OMG Racing BMW into second ahead of Andrew Irwin and Jackson.

Glenn Irwin moved back to the top of the times with four minutes to go ahead of Buchan who had edged back into second place with Josh Brookes then moving into third for the VisionTrack PBM Ducati team.

O’Halloran then hit the top after his final run with two minutes on the clock remaining despite an earlier crash in session three, but the McAMS Yamaha rider was nudged into second as Jackson saved his best laps until last.

Barbera held third position at the end of the final session ahead of Glenn who led the Irwin charge ahead of brother Andrew with Buchan just 0.001s adrift to end the day sixth fastest, leaving Brookes holding seventh after the chequered flag.

Ryan Vickers bounced back from a crash in the opening session on the RAF Regular and Reserve Kawasaki to post the ninth fastest time with Joe Francis and Bradley Ray completing the top ten ahead of the opening round of the season on August 7/8/9.