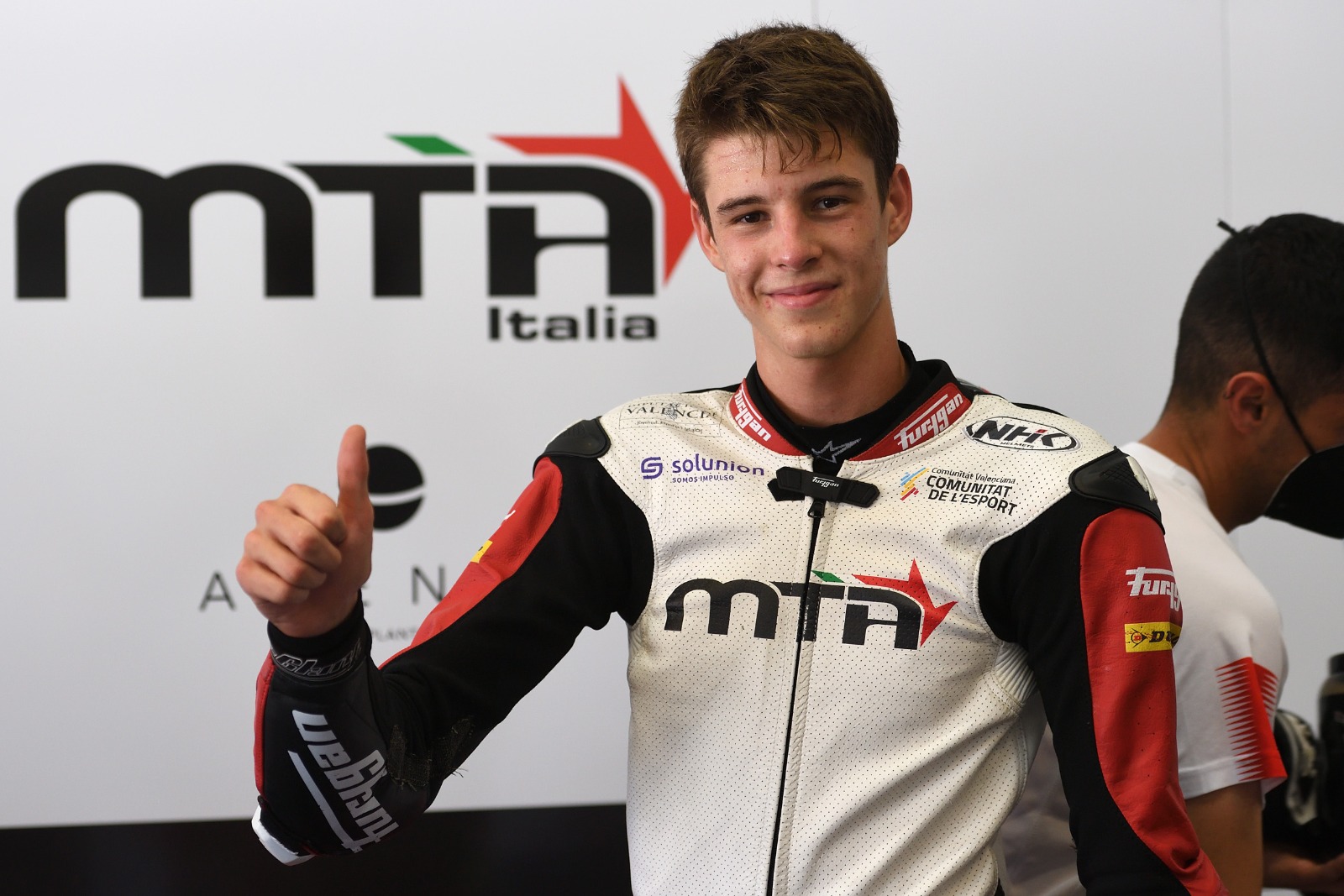 In baking conditions, the riders set about the task of getting the best out of the scorched Jerez tarmac. In the FIM Moto3™ Junior World Championship, it was Ivan Ortola (Team MTA) who got the job done to take pole position. Stepping up the horsepower and it was a third pole position of the season for Alonso Lopez (Boscoscuro Talent Team-Ciatti) in the Moto2™ European Championship as Max Martinez (Team Honda Laglisse) took top qualifying spot in the Hawkers European Talent Cup.

The FIM Moto3™ JWCh qualifying practices were dominated by the track conditions. With conditions much cooler in the morning, almost all riders were unable to improve on their times from QP1 in QP2. And so, it was a Team MTA double at the top with Ivan Ortola taking pole position by just under a tenth from team-mate Elia Bartolini, a fine performance on his 2021 debut in the FIM Moto3™ JWCh. Completing the front row of the grid is Joel Kelso (AGR Team), who picks up his 2nd front row start of the season.

Despite being just 0.128s off pole position, Takuma Matsuyama (Asia Talent Team) heads up the second row of the grid, with David Muñoz (Avatel Cardoso Racing) and Scott Ogden (Aspar Team) both picking up their best qualifying results of 2021 so far with 5th and 6th respectively.

Mario Aji (Astra Honda Racing Team) lines up 7th, his best qualifying performance since he was on pole back in Barcelona at Round 3. Alongside Aji will be Marco Tapia (Leopard Impala Team), coincidentally the number 13 was only 13 thousandths behind Aji in 7th! And completing the third row of the grid is Jose Julian Garcia (SIC58 Squadra Corse), who managed to pip Championship Leader Daniel Holgado (Aspar Team) meaning Holgado lines up at the head of the fourth row of the grid in 10th.

The Moto2™ ECh saw Lopez fight back against team-mate and Championship Leader Fermin Aldeguer (Boscoscuro Talent Team-Ciatti) to take pole position by over a tenth of a second. Neither could improve their time in the afternoon as track temperatures soared into the high 40s and even the 50s. It was a similar situation for Lukas Tulovic (Liqui Moly Intact SIC Racing Team) whose morning time was enough for him to claim 3rd on the grid. Behind the front three, Adam Norrodin (Liqui Moly Intact SIC Racing Team) slotted into fourth, with Xavier Cardelus (Promoracing) and Taiga Hada (AGR Team) completing the second row of the grid.

In HETC, it’s a first pole position of the season for Max Martinez. The 13-year-old has found himself on the front row of the grid three times before in 2021 but never the top position. Lining up alongside pole-sitter Martinez is Brian Uriarte (Team Estrella Galicia 0,0), who set the fastest time in Group B. Completing the front row is Alvaro Carpe (MT-Foundation 77) and in a similar fashion to the other classes, all three set their fastest times in their morning session.