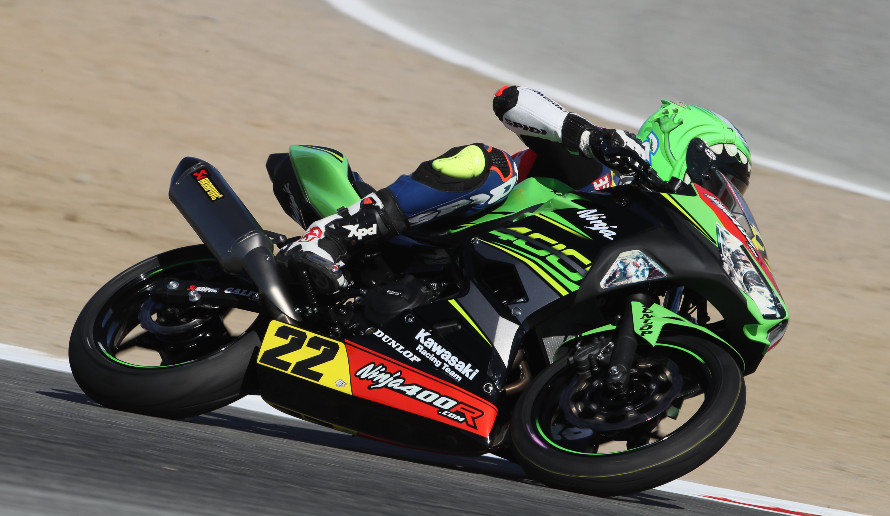 MotoAmerica has announced that Kawasaki Motors Corp., U.S.A. will offer an exclusive ticket package for the remaining 2018 MotoAmerica Series races, beginning with round eight at Pittsburgh International Race Complex, August 24-26.

The new Kawasaki Corral ticket package offers customers a 15 percent discount on ticket purchases to MotoAmerica events (promo code: KAWASAKI). In addition to having the opportunity to ride their own Kawasakis on a parade lap of the racetracks, the Kawasaki Corral ticket package will include an escorted grid walk for all the Liqui Moly Junior Cup races, which feature several Kawasaki Ninja 400s – including the one ridden to victory three times thus far by Ashton Yates.

“It’s awesome that Kawasaki is growing with our series,” said MotoAmerica President Wayne Rainey. “They started with a great contingency program for our riders who race Kawasakis and now that has expanded to the ticket-package deal. We know this will bring Kawasaki customers to our races and they’ll have the opportunity to cheer on their favorite Kawasaki racers, especially in the Liqui Moly Junior Cup races.”

In addition to its sponsorship of the Kawasaki Corral ticket package, Kawasaki will also be featured in a fan photo booth featuring the Ninja 400 when applicable.

“Kawasaki is excited to offer our loyal fans a unique opportunity to watch America’s top racing talent and get to spin some laps on their own Kawasaki,” said Ken Essex, PR and Race Marketing Manager. “Kawasaki has seen some great success with the all-new Ninja 400 in the Junior Cup as well as the Stock 1000 class on the championship-proven Ninja ZX-10R. MotoAmerica is a great platform for our Ninja customers and now all Kawasaki riders have the opportunity to ride on the Nation’s best tracks.”