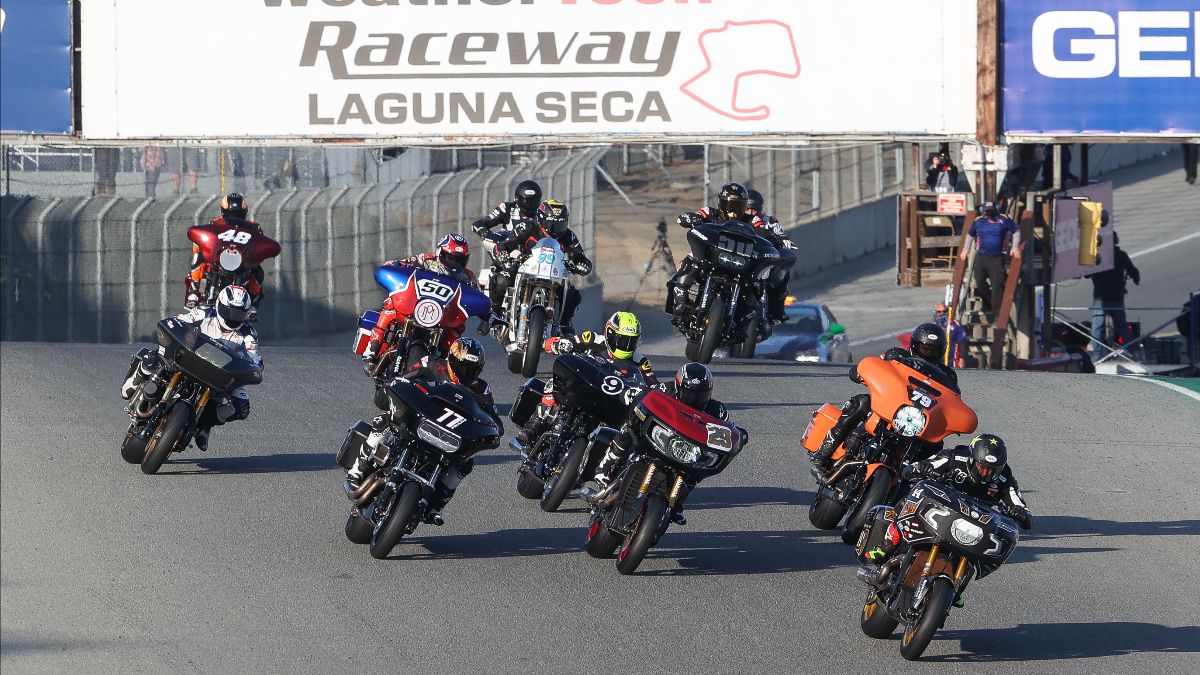 From One Round To Five… More Baggers Here We Come

Naysayers be damned. The King of the Baggers debut at WeatherTech Raceway Laguna Seca in November was a rousing success and it will return in 2021 with a five-round series held in conjunction with the 2021 MotoAmerica HONOS Superbike Series.

The series, which adds fuel to the fire of one of the oldest rivalries in motorsport, Harley-Davidson vs. Indian, will begin at Michelin Raceway Road Atlanta, April 30-May 2, in Braselton, Georgia, and will conclude September 17-19 with the MotoAmerica season finale at Barber Motorsports Park in Birmingham, Alabama. In between there will be rounds at Road America, WeatherTech Raceway Laguna Seca and Pittsburgh International Race Complex.

While the debut of the King of the Baggers was an invitational, the 2021 series will be wide open to all qualified AMA license holders with championship points being tallied at every round and a National Champion to be crowned at season’s end.

“Honestly, the MotoAmerica King of the Baggers debut race at WeatherTech Raceway Laguna Seca went better than we even dreamed of,” said MotoAmerica President Wayne Rainey. “The popularity of the event was crazy so how could we not do more? We know there are plenty of Bagger fans out there as our videos of the debut Laguna event were watched by millions. Having five races gives us the opportunity to bring King of the Baggers to fans in several different areas of the country. We’ve also opted to make the series open to any qualified racer, which should bring new teams and new bike builds to the series from the aftermarket and motorcycle dealers who specialize in baggers.”

The debut of the King of the Baggers at WeatherTech Raceway in November was won by S&S Indian’s Tyler O’Hara over Vance & Hines Harley-Davidson’s Hayden Gillim with Roland Sands Designs-backed Frankie Garcia finishing third on his Indian.

Check out this King of the Baggers video: https://youtu.be/PMDAOiPudC0

For information on King of the Baggers technical regulations, visit http://www.motoamericaregistration.com/PDF/2021/2021%20MotoAmerica%20KOB%20Regulations%20v12.8.20.pdf