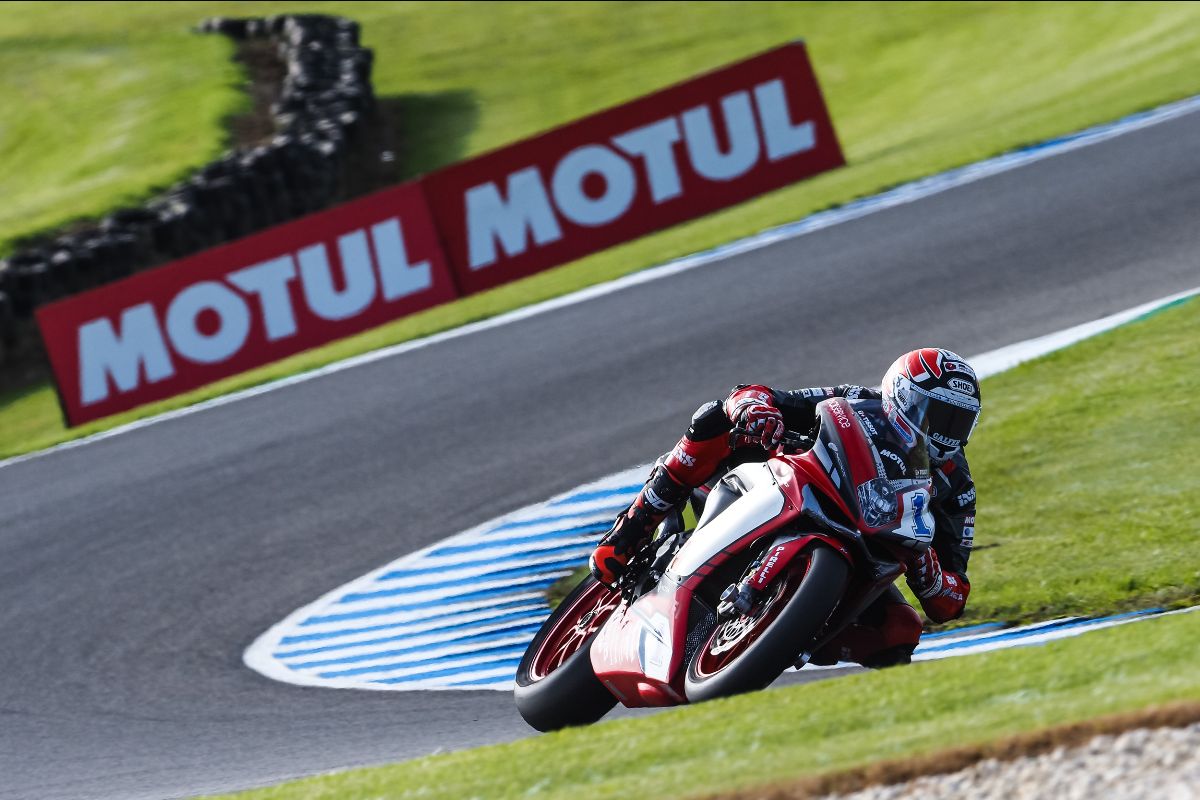 While Krummenacher and Locatelli traded paint for top position, it was Can Öncü who surprised on the opening day

The second Free Practice session was disrupted by two Red Flags with two separate incidents causing them, with Randy Krummenacher (MV Agusta Reparto Corse) overcoming the delays to top the session. The first red flag was caused by birds on the circuit while the second came after Jules Cluzel (GMT94 Yamaha) had a mechanical issue, and Steven Odendaal (EAB Ten Kate Yamaha) and Hannes Soomer (Kallio Racing) both had an incident on track. Odendaal was taken to the medical centre for a check-up but was declared fit shortly afterwards.

Krummenacher finished the session with a last-gasp lap to claim first place ahead of Andrea Locatelli (BARDAHL Evan Bros. WorldSSP Team), who had been quickest right until the very end of the session. The Italian rookie had topped the earlier opening practice session as well as being quickest in the Official Test. Locatelli beat fellow Italian rider Raffaele de Rosa (MV Agusta Reparto Corse) who finished the session in third place, making for a strong opening for MV Agusta.

Turkish rider Can Öncü (Turkish Racing Team) finished the session in fourth place after improving his lap times throughout. The Turkish star put in a string of good laps and cemented his fourth place in the standings. He was one of several riders who improved after the second Red Flag, along with Isaac Viñales (Kallio Racing), who ended the session in fifth place. Odendaal was sixth at the end of the running despite the fact he was unable to return to his bike. A mixed day for the South African who will be eager to return to a strong pace tomorrow.

Corentin Perolari (GMT94 Yamaha) finished in seventh place ahead of Lucas Mahias (Kawasaki Puccetti Racing) in eighth, the latter of which had a late mechanical problem on the Gardner Straight. Despite a mechanical problem, Jules Cluzel managed to hold on to a spot in the top ten in ninth. Philipp Oettl (Kawasaki Puccetti Racing) rounded out the top ten, with the German rider completing a solid day one. Spaniard Manuel Gonzalez (Kawasaki ParkinGO Team) finished the session in 12th place while Australian wildcard Oli Bayliss (CUBE Racing) was 18th in the standings.