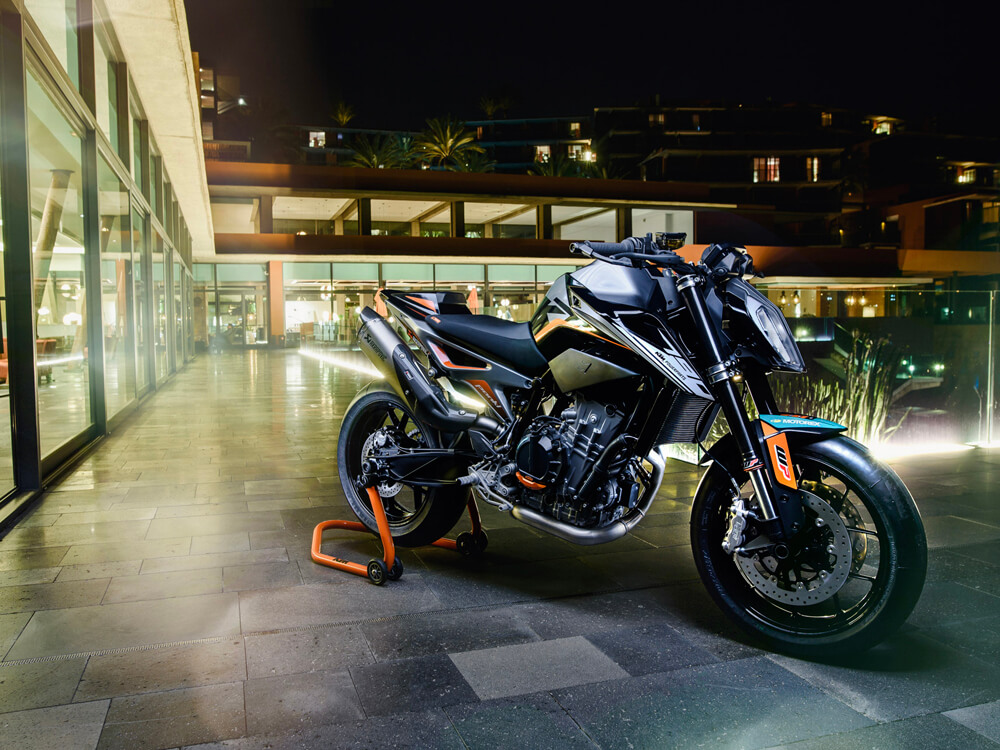 The sharpest street weapon slices into dealers backed up by a cutting collection of official KTM PowerParts and KTM PowerWear.

The eagerly awaited KTM 790 DUKE (£8,499) is now in KTM dealers. Known as The Scalpel, it’s the most agile and technically advanced street weapon for riders who prefer the undiluted and unique thrill of riding a naked motorcycle. For those who want to further sharpen their experience, a wide range of specially developed KTM PowerParts and KTM PowerWear is also available.
Powered by the all-new LC8c engine, the new DUKE is KTM’s first parallel twin cylinder powerplant and its 799cc capacity punches out an impressive 105 hp and 87 Nm with relentless drive and smoothness from low rpm to the redline.
This performance power package also plays a double role as a stressed member for its unique and dynamic chassis. With the engine being so compact, this allowed KTM’s chassis engineers to fulfil the concept brief of the KTM 790 DUKE and deliver a super agile and precise handling bike; instilling rider confidence with each ride and satisfying those who crave corner speed as opposed to brute power.
Purposeful power and precise handling aside, the new DUKE is also armed with the most comprehensive array of electronic rider assistance systems, including cornering ABS, lean-angle sensitive motorcycle traction control (MTC) along with four different ride modes, a Quickshifter+, launch control and optional KTM MY RIDE smartphone connectivity.

Developed alongside the KTM 790 DUKE from day one, the dedicated KTM PowerParts options allow customers to express themselves and intensify their motorcycle by enhancing and further personalizing their vision – whether it’s boosting performance, practicality or style.
More than 30 technical accessories have been developed specifically for the KTM 790 DUKE, allowing for further individual configuration. Helping to make the choices easier, two suggested pre-defined setups have been created. The “RACE” setup combines components with the focus on making the sharpest tool even sharper, while looking good can always look better, which is where the “STYLE” setup comes in.
And it’s not just about the hard parts. With the KTM 790 DUKE’s performance and pose set to appeal to a wide range of riders, KTM PowerWear has a variety of functional clothing to suit all climates, conditions and styles when riding this weapon, styled by the team responsible for its distinctive looks.
Find out more about the new KTM 790 DUKE, KTM PowerParts and KTM PowerWear options as well as where your nearest dealer is at www.ktm.com. 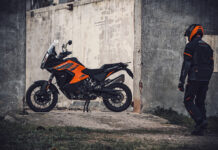 Ready To Go Out And Ride? The World Adventure Week Starts On Monday