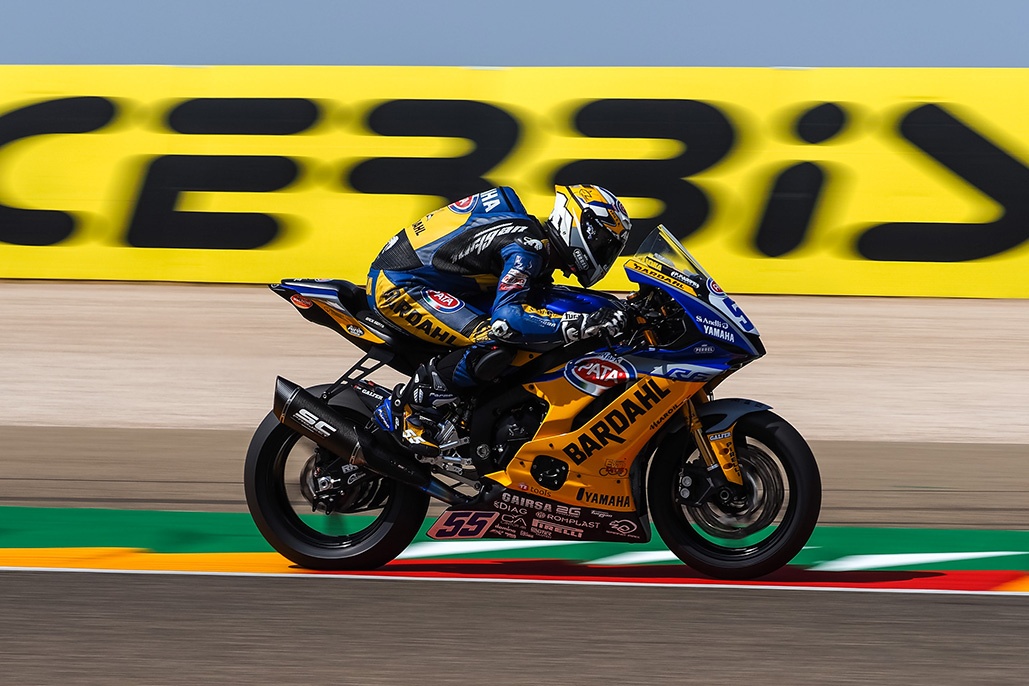 Andrea Locatelli continues to show why he is the rider to beat as he tops Friday running by a substantial margin.

FIM Supersport World Championship action continued on Friday and there was a familiar name at the top of the timesheets as Andrea Locatelli (BARDAHL Evan Bros. WorldSSP Team) topped the day’s running after two Free Practice sessions. The WorldSSP rookie’s time of 1’54.308, set in Free Practice 2, was enough to top the timesheets.

Locatelli was not the only rider to improve in the second practice session with Jules Cluzel (GMT94 Yamaha) also making a step forward in terms of lap time as he finished second overall, but almost seven tenths down on Locatelli’s time. The Frenchman will be hoping he can challenge Locatelli in Tissot Superpole and both races as he did in the early stages of racing in Portimao. Cluzel’s teammate, Corentin Perolari, finished the day in tenth place.

Hannes Soomer’s (Kallio Racing) continued to show impressive pace on Friday and finished the day classified in third place; his time of 1’55.149 from Free Practice 1 enough to be third overall. Isaac Viñales (Kallio Racing) also showed strong pace with fourth overall as the team look to mount a challenge at the top of the field.