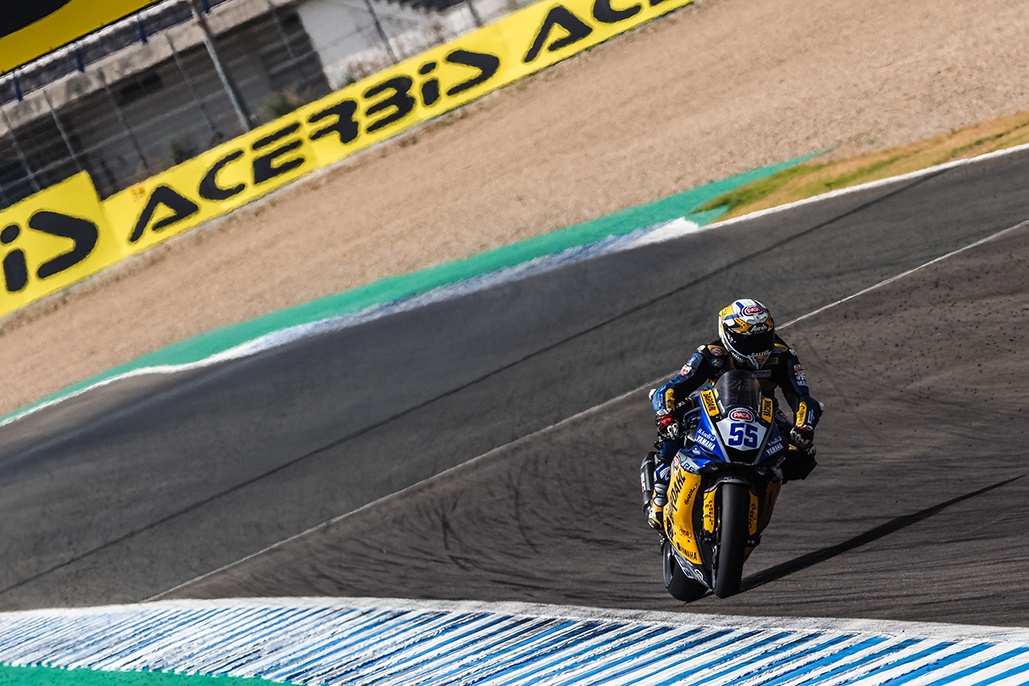 Italian rider starts Spanish Round exactly where he left off as he dominates both Free Practice sessions in Jerez.

Locatelli’s best time was set in the morning session with a 1’42.988, the only rider to dip below 1’43 all day. In Free Practice 2 he was the only rider in the 1’43s as he posted a time that was over one second faster than Philipp Oettl (Kawasaki Puccetti Racing) in Free Practice 2. Overall, he was fourth tenths faster than Steven Odendaal (EAB Ten Kate Racing), who was second faster for the day with his time of 1’43.399.

2020 fires up as WorldSBK set for intriguing Jerez test