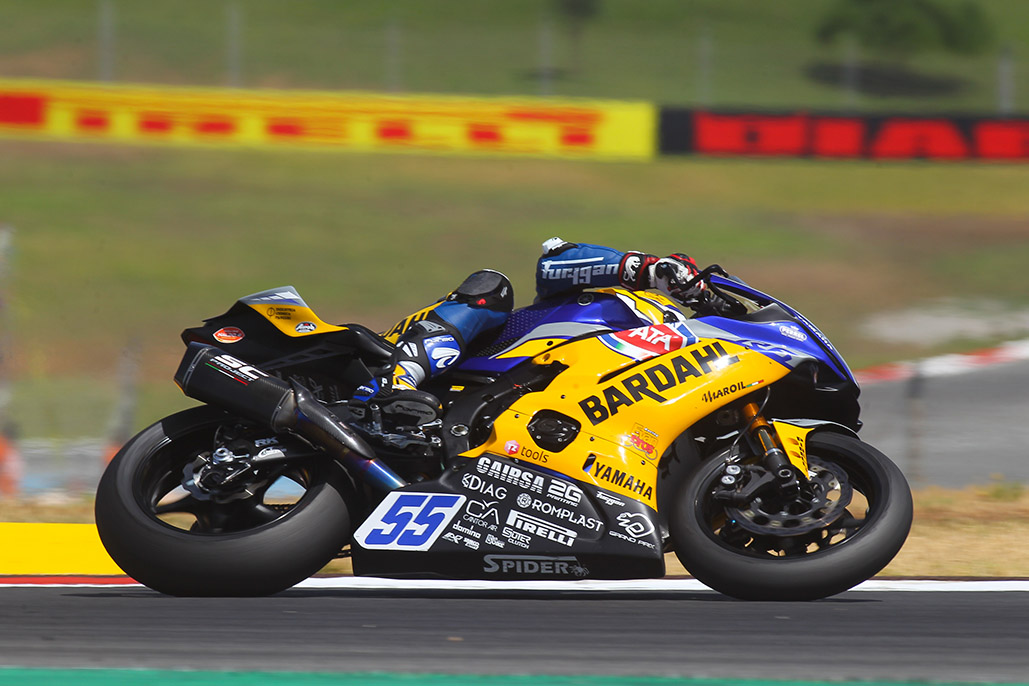 Championship leader Andrea Locatelli topped the timesheets in WorldSSP as he continued to show impressive pace in his rookie season.

As FIM Supersport World Championship moved from Jerez to Portimao, there was a familiar name on top of the timesheets as Italian rookie Andrea Locatelli (BARDAHL Evan Bros. WorldSSP Team) went fastest at the Autodromo Internacional do Algarve as the Motul Portuguese Round got underway.

Locatelli went fastest for the day in the second practice session with a 1’45.598 as he was fastest by less than one tenth of a second; despite a crash at Turn 5 where he came off his bike. He was able to remount and returned to the track later on in the session to set the best time. He held off the challenge from Jules Cluzel (GMT94 Yamaha) who finished the day in second place. Spanish rider Isaac Viñales (Kallio Racing) was third overall for the day, two tenths away from Locatelli.

Lucas Mahias (Kawasaki Puccetti Racing) finished the day in fourth place to show his pace towards the front of the field, fending off Raffaele de Rosa (MV Agusta Reparto Corse) by just one tenth. De Rosa finished ahead of Corentin Perolari (GMT94 Yamaha); the Frenchman rounding out the top six with a time of 1’46.260.

Manuel Gonzalez (Kawasaki ParkinGO Team) finished the day in seventh place; clinching a spot in the top 10 of the combined standings by just a tenth of a second with strong competition throughout the field. The gap between Gonzalez in seventh and Hannes Soomer (Kallio Racing) in eighth was just 0.024s; showing just how competitive the WorldSSP field is. Steven Odendaal (EAB Ten Kate Racing) was in ninth with Philipp Oettl (Kawasaki Puccetti Racing) completing the top 10 despite a technical issue in the latter stages of Free Practice 2.