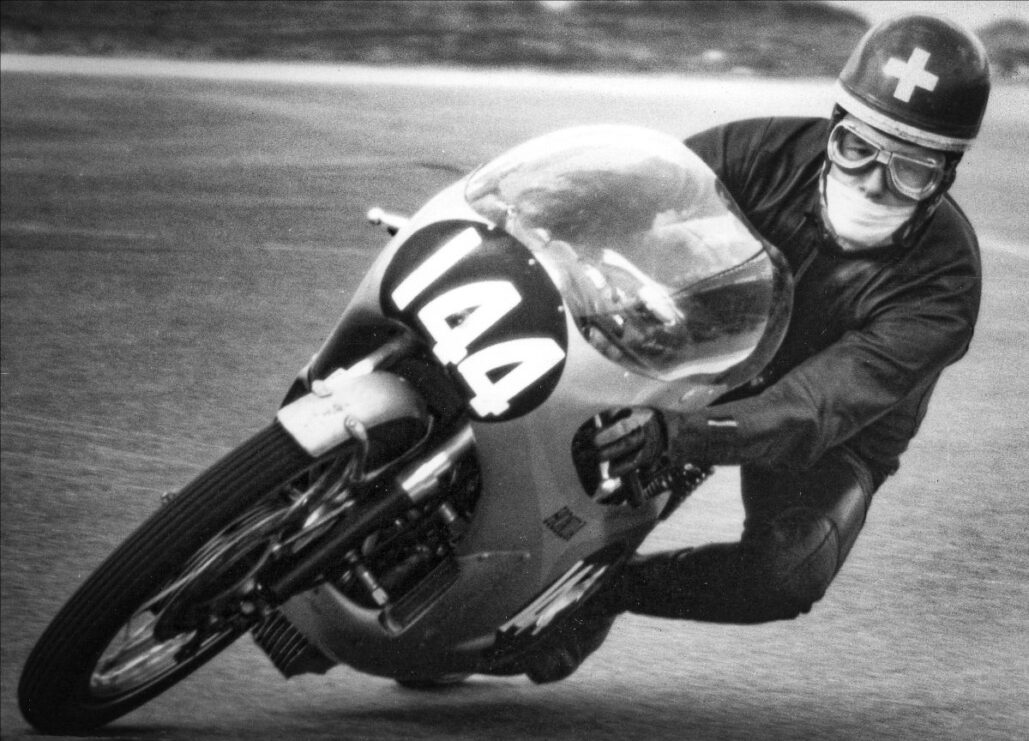 The three-time World Champion will be inducted into the Hall of Fame in Austria.

Three-time World Champion Luigi Taveri will be named a MotoGP™ Legend in 2022. The late Swiss rider will be inducted into the MotoGP™ Legends Hall of Fame at the Red Bull Ring in Austria, honouring his achievements in the presence of his family.

In 1962 he won his first World Championship, taking the crown in the 125cc class. He took two further Championships in the category, in 1964 and 1966, to secure his place in motorcycle racing history.

The Taveri family: “Our family is overwhelmed and very happy to hear that Luigi receives this big honour. It would be so nice if he could be with us and celebrate this moment with all of you. Those who remember Luigi know that he would be standing here with a big smile on his face and searching for words. We thank Dorna CEO Carmelo Ezpeleta in Luigi’s name from the bottom of our heart.”

Carmelo Ezpeleta, CEO of Dorna Sports: “We’re very proud to induct Luigi into the MotoGP Hall of Fame. Few riders have achieved what he did, with success in so many classes and three World Championships. It’s important to celebrate the legacy of those who form part of our incredible history, and Luigi and his achievements are a significant part of that. We look forward to welcoming his family to the paddock to honour him as a MotoGP Legend.”