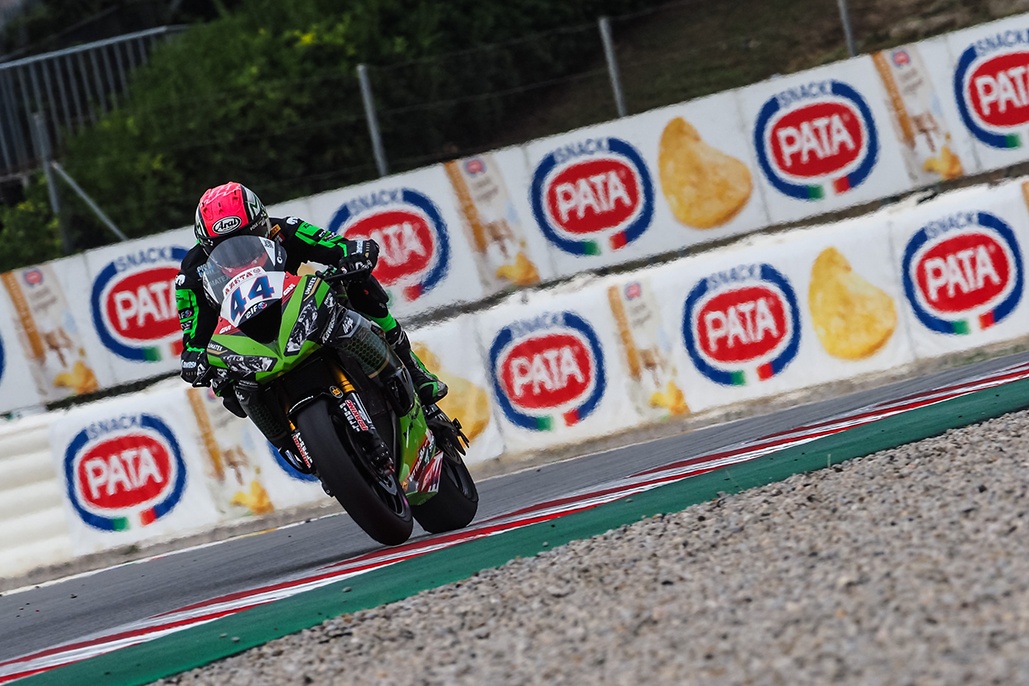 The FIM Supersport World Championship teams and riders were greeted with dry running in the morning and a damp track in the afternoon as the Championship made its debut at the Circuit de Barcelona-Catalunya for the inaugural Acerbis Catalunya Round. Lucas Mahias (Kawasaki Puccetti Racing) topped the combined timesheets after setting the pace in the morning Free Practice 1 session.

Mahias posted a time of 1’45.682s to top the timesheets on the opening day of running in Montmelo as he looks to keep his Championship hopes alive across the Catalunya Round weekend. The French rider was less than a tenth clear of Isaac Viñales (Kallio Racing) at the top of the standings, although Viñales did top the second practice session ahead of Mahias. Philipp Oettl (Kawasaki Puccetti Racing) was third in the standings after the two practice sessions.

Can Öncü (Turkish Racing Team) was 11th fastest after the two sessions but briefly found himself leading the timesheets in Free Practice 2. He finished ahead of Kevin Manfredi (Altogoo Racing Team) with the Italian finishing the day as the highest placed WorldSSP Challenge rider. Estonian rider Hannes Soomer (Kallio Racing) was 13th with Andy Verdoïa (bLU cRU WorldSSP by MS Racing) in 14th and Axel Bassani (Soradis Yamaha Motoxracing) rounding out the top 15.

Miquel Pons (Dynavolt Honda) was the lead Honda rider in 16th place as he edged out teammate Patrick Hobelsberger in 17th place. Peter Sebestyen (OXXO Yamaha Team Toth) was in 18th place after showing impressive form in recent rounds; the Hungarian will look to return to the top ten throughout the weekend.