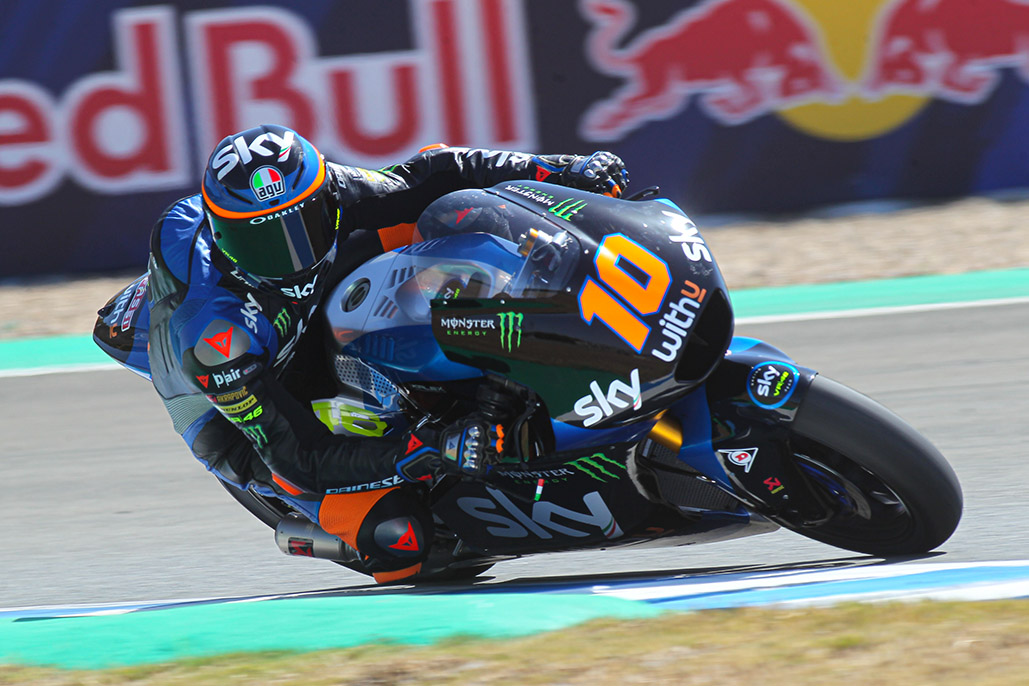 The Italian tops both sessions on Friday – but the timesheets are tight as ever.

The second Moto2™ Friday of the 2020 season belonged to Luca Marini (Sky Racing Team VR46) at the Gran Premio Red Bull de España, the Italian topping the timesheets in FP1 and FP2 to lay down the gauntlet for his rivals. Thanks to his FP1 time, Jorge Navarro (HDR Heidrun Speed Up) sits P2 as the Spaniard splits the Sky Racing Team VR46 duo inside the top three, with Marco Bezzecchi third.

Much like it was in the MotoGP™ class, it was clear from the early stages that the Moto2™ riders were going to struggle to better their FP1 times that were set in cooler track temperatures of the morning. Ground temperatures were well into the 50s for the intermediate class, but Marini looked as comfortable as he did in the morning session. Both he and teammate Bezzecchi looked strong in both sessions on Friday, and they worked in tandem for a brief period in FP2. It wasn’t quite such a straightforward afternoon for the man second overall as Navarro’s bike suffered some sort of issue and the Spaniard had to pull to the side of the track down the back straight, a slight disruption to his FP2 running. Nevertheless, Navarro was able to get back out and finish P6 in the session itself.

After FP3 on Saturday morning, tune in for qualifying from from 15:10 (GMT +2) as the intermediate class prepare to decide a grid for the first time in a good while.