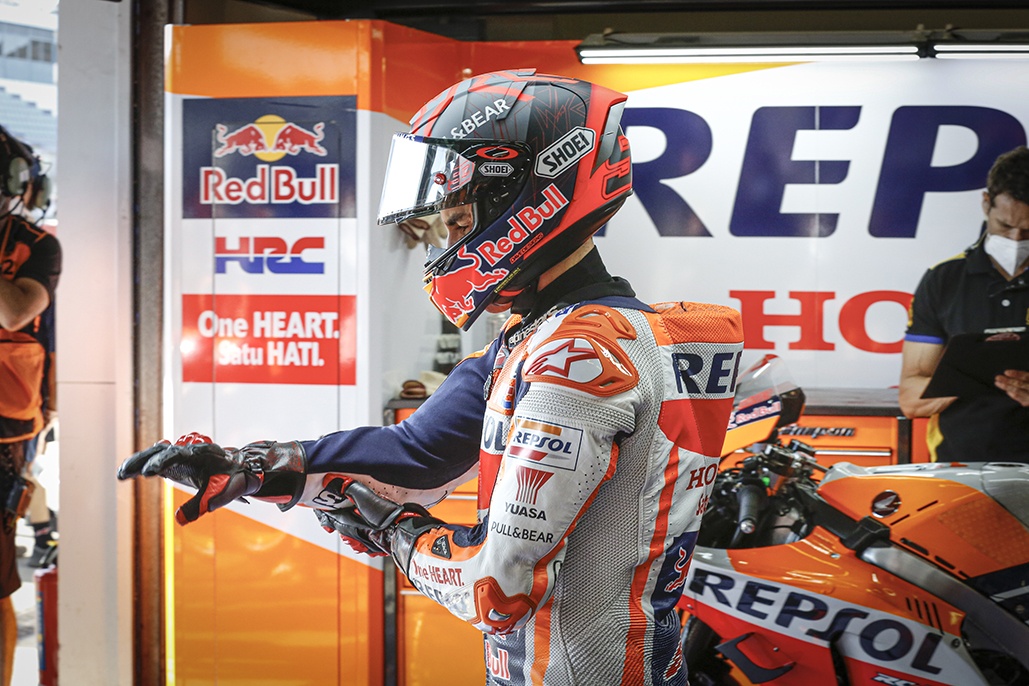 The reigning Champion will not race in Jerez, despite being classed fit to ride on Thursday.

Reigning MotoGP™ World Champion Marc Marquez (Repsol Honda Team) has confirmed his withdrawal from the Gran Premio Red Bull de Andalucia. Marquez, who broke his humerus in a crash during the Spanish GP, was declared fit to ride on Thursday but ultimately will not race due to the risk and pain caused by doing so.

Marc Marquez: “Of course, it’s something that I’m here. I already understood it would be very difficult to ride the bike, and to be able to finish the 25 laps in the race but honestly speaking after surgery I saw there was a small possibility so I needed to try. When you are a sportsman and you have a passion for something, you try, and today I will sleep well, because I tried. It wasn’t possible but what I did is only follow my body, my body said that I must try and that’s what I did.

“I spoke with Honda and this was the plan, try on Saturday morning, check the level and condition on the track and it was really good! I was surprised to ride a 37 and ride in a good way, but in the afternoon I started again, and in the first round I felt good, I was kind of surprised by the rhythm on used tyres! But for some reason I stopped in the box and when I went out again, immediate it went down, in the elbow; more than the bone it was the elbow, the nerve or something. I lost power and this becomes dangerous.

“What I did is what I did already all week – follow my body and my body in that moment said stop. I stopped in the box and said to Honda I will try one lap in Q1, and if I have the same feeling I will stop and we give up. And it’s what we did but I want to say thanks to all the doctors, the physios, to my team, because they did really hard work. We tried, it wasn’t possible, but already in the next hour I will start to work for the Brno GP.”

Alberto Puig, Repsol Honda Team Manager: “This morning the objective was to make first contact with the bike and we saw that Marc could still be fast. In the afternoon the plan was to do a longer run. Either due to the heat or fatigue from the morning, he experienced more problems and found it more difficult. Obviously we have understood that it was better not to take more risks. We have followed the plan, which was to miss Friday and see how Marc felt today. Now we have analyzed the situation and made the decision not to participate in tomorrow’s race.

“We have followed the plan, always checking the physical condition of the rider. Marc has tried to listen to his body, to see how he responded. When he saw that he could not, we have all decided not to race tomorrow. Marc is very strong. He wanted to try, and we wanted to give him the opportunity to do it, we have supported him at all times. I think we have made the right decision at all times. A champion cannot stay at home if he thinks he has the option or a slight chance. Now he has a lot of inflammation, but it will pass. There are many races ahead and the goal is to arrive in Brno in the best way.”