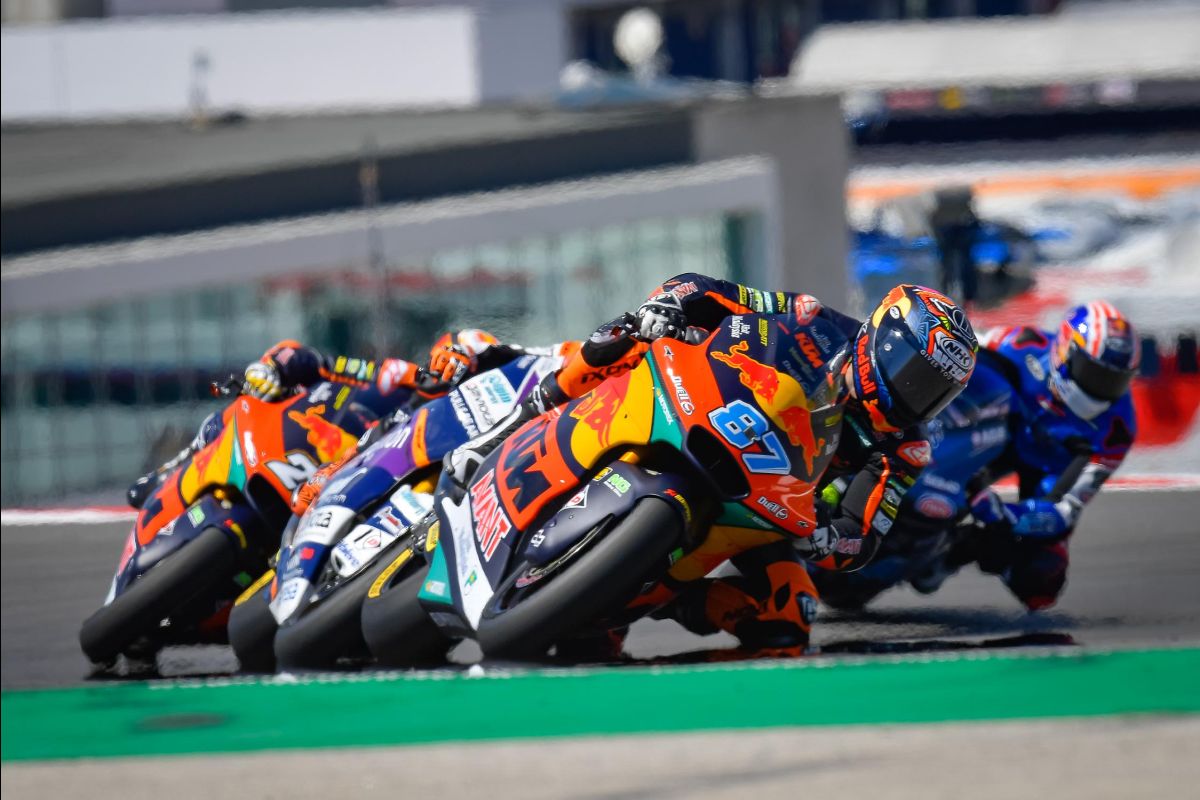 As we return to the Algarve, the Championship is on the line for the Australian as he heads in 18 points up

During the Moto2™ race the Emilia-Romagna GP, the World Championship looked like it was boiling up to get closer than ever. But in one dramatic moment the landscape changed again, with Raul Fernandez (Red Bull KTM Ajo) crashing out the lead and losing a key chance to cut the gap as teammate and Championship leader Remy Gardner suffered a tougher race in the latter half of the top ten. Instantly, what had been a tough day for the Australian then became his own chance to strike, and the nine points for seventh place saw his lead double in the blink of an eye.

Now 18 points clear, Gardner has a shot at the crown on the Algarve. He needs to ends the race more than 25 clear to wrap up the crown, so the easiest way is to win the race and his teammate not finish second. But there are plenty of possibilities, just as there are in the race… because the last time the intermediate class raced at the Autodromo Internacional do Algarve, Raul Fernandez took his first Moto2™ win.

That bodes well, and it wasn’t as if Gardner failed to finish or suffered a mistake: he came home third. But the Australian also took his first Moto2™ win at the venue last season, so there’s good form for both. In Raul Fernandez’ favour there’s also his proven ability to bounce back when needed – after each of his other two DNFs he returned to the top step in the race after – but then in Gardner’s there’s that incontrovertible 18-point lead. He doesn’t need to stop his teammate taking victory in either of the two remaining races, so Raul Fernandez’ record at both venues isn’t cause to put everything on the line at Portimão.

Aside from the two-horse race for the title though, there are a good few more riders who’ll be lining up alongside the Red Bull KTM Ajo duo and one in particular could play a key role: Sam Lowes (Elf Marc VDS Racing Team). The Brit arrives from his third win of the season and joked himself he was looking forward to taking on Portimão again, having earlier in the season made it as far as Turn 1. Can the Brit come out swinging and fight for another victory? He knows the track well and has shown speed there. Lowes’ teammate Augusto Fernandez may also be one to watch, the number 37 coming back from a Long Lap penalty to take second last time out, and he was in the top five on take one at the track even before he’d hammered out the kinks in his season.

Aron Canet (Inde Aspar Team) will also want to finish ahead of Augusto Fernandez as they fight for fifth in the Championship, and remain in reach of Lowes in fourth, and Canet impressed at the Portuguese GP with his first Moto2™ podium in second place earlier in the year. Fabio Di Giannantonio (Federal Oil Gresini Moto2) is only four points behind Canet too, and he’ll want to get in the mix again after an up and down last few races, with top eights mixed with podium finishes.

Only two riders remain in the fight for the crown. Either Remy Gardner or Raul Fernandez will be the 2021 FIM Moto2™ World Champion, and the Algarve GP could prove the decider. Can Gardner wrap it up? 18 points is a serious advantage, but taking more than seven points more than his teammate has become a serious challenge too. Tune in for the Moto2™ race on Sunday at the later time of 14:30 local time – and it’s now GMT. 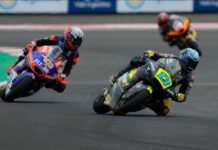