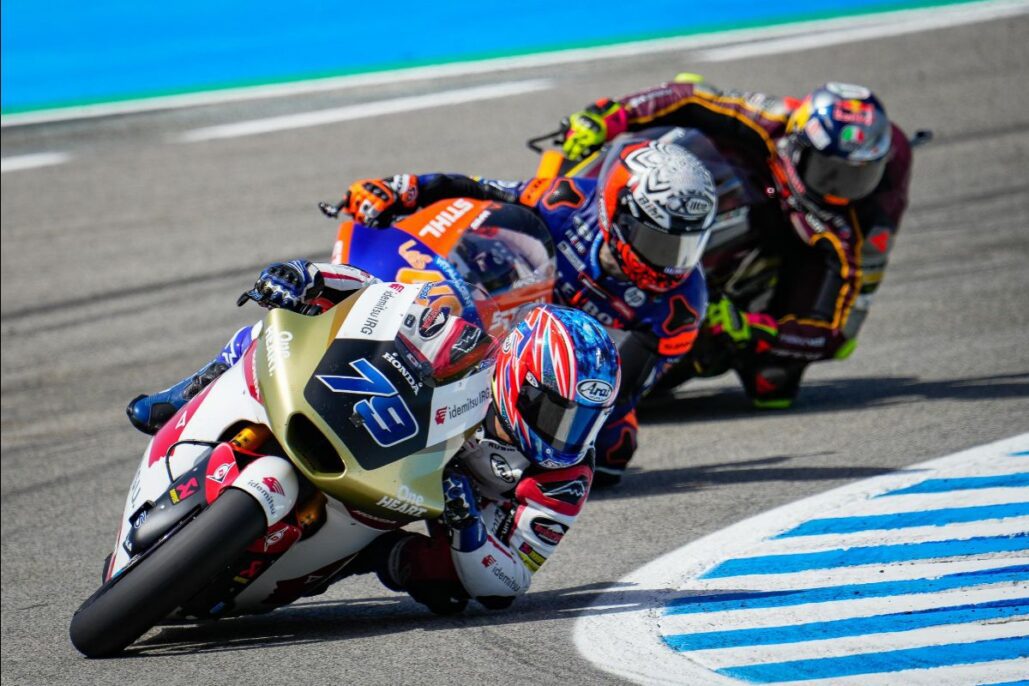 With three of Vietti’s key rivals locking out the podium in Spain, it’s very much game on in the intermediate class.

The drama in Portugal seemed to send a shockwave through the Moto2™ World Championship, but Jerez saw the situation change again and not in favour of points leader Celestino Vietti (Mooney VR46 Racing Team). The Italian came home sixth and didn’t get in the podium fight, with that instead proving a three-way battle between Ai Ogura (Idemitsu Honda Team Asia), Aron Canet (Flexbox HP 40) and Tony Arbolino (Elf Marc VDS Racing Team) – aka the three riders closest behind Vietti in the title fight. Will they make up more ground at Le Mans?

Ogura will arrive confident from his first Moto2™ win, and his first win in any class. It’s been a consistent and impressive journey for the Japanese rider in the World Championship, having fought for the title in Moto3™ and taken a podium as a rookie already in Moto2™, but that tick in the box was missing, presumed soon. Now it’s a done deal, and his pace was also a warning shot as he moves into second overall and now just 19 points off Vietti. Arbolino was also an impressive sophomore performer in third, hammering home his 2022 form and still only a point behind Ogura, so can they keep that rolling at Le Mans? Past form seems to matter little to both, with 2022 a whole new ball game, but Arbolino was nearly on the podium there last year.

Canet, meanwhile, was a headline unto himself. After that radius and finger fracture suffered in Portugal, the Pons rider didn’t know if he’d be able to take part in the weekend, but in the end came home second and gained a good chunk of ground on Vietti. The pain barrier was real but the Spaniard rode through it, and now there’s a little more time to have recovered ahead of Le Mans. Consistent speed is what he lacked before in Moto2™, now he has it in spades… so surely the Spaniard sees France as just another chance to fight for that podium and cut that gap – and another chance to push for that maiden Moto2™ win.

There are plenty more fast faces suffering a mix of bad luck and trouble in 2022 who may be able to get in the mix though: Augusto Fernandez (Red Bull KTM Ajo), Jake Dixon (Autosolar GASGAS Aspar Team), Sam Lowes (Elf Marc VDS Racing Team), Somkiat Chantra (Idemitsu Honda Team Asia) names but a few. Can they home back in on that podium?

The gap after Portugal seemed like a mountain for the competition, but in just one race there was a reminder how quickly it can disappear with a sixth place vs a podium packed with key rivals. Vietti will want to hit back and he’ll have chance on Sunday at 12:20 (GMT + 2), so tune in for Moto2™ at the SHARK Grand Prix de France!