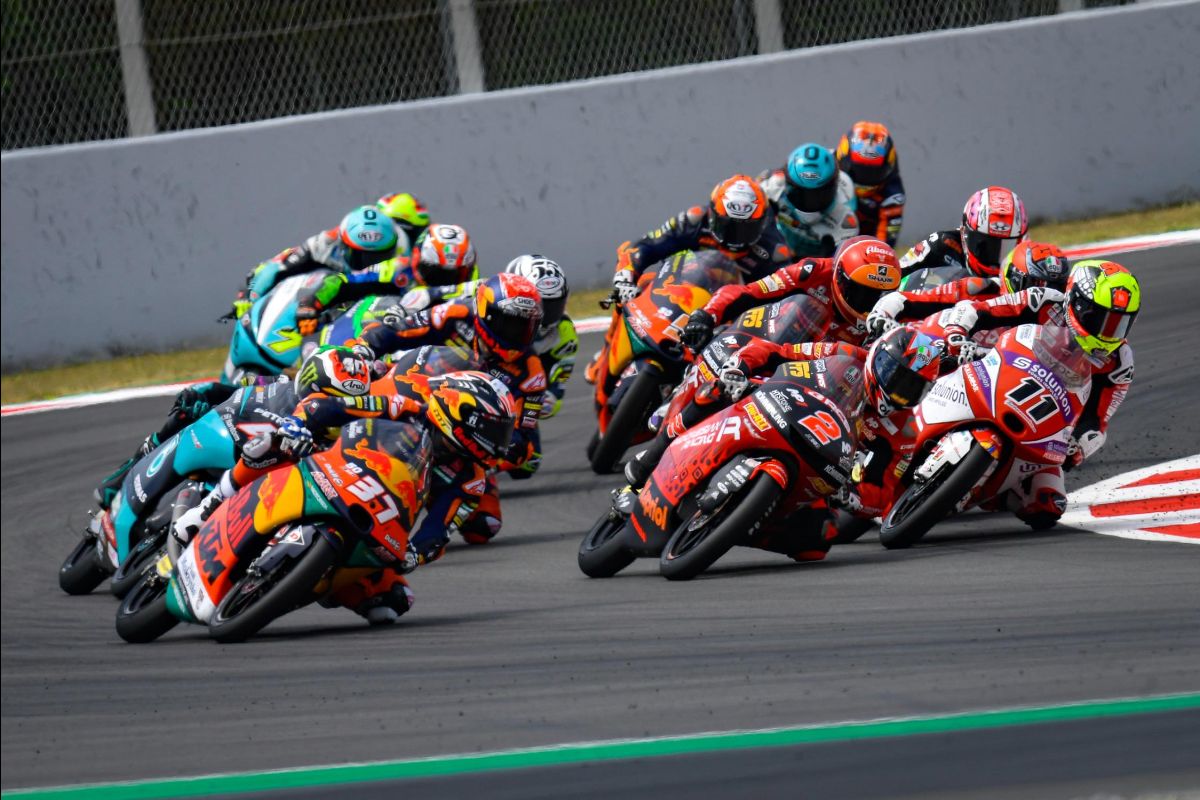 The Spaniard is officially on a charge… so can he continue to pull in Acosta’s lead at the Sachsenring?

Consistency has been hard to come by in the 2021 Moto3™ season. At first, rookie sensation – and still very much Championship leader – Pedro Acosta (Red Bull KTM Ajo) had it as those around him faltered, but now the momentum has moved once again and he’s been scoring good points, but not on the podium. Instead, it’s Sergio Garcia (Gaviota GASGAS Aspar Team) who’s scored 57 points in the last three races, two of which he’s won to emerge as the closest challenger. One in the wet, one in the dry… and now we head to a venue where a few of his rivals lack some experience. And Garcia was in the lead group last time we raced in Germany.

First things first, Acosta has ridden the Sachsenring in the Red Bull MotoGP Rookies Cup, and won a race. But will that experience count for a lot? He’ll hope so, with at least some track knowledge to help him on his quest to stem the tide of points. But Garcia isn’t the only rider looking to claw back some more ground…

Jaume Masia (Red Bull KTM Ajo), who was just bumped off the podium in Barcelona by a track limits infraction, will be out for some revenge, and the likes of Darryn Binder (Petronas Sprinta Racing) and Gabriel Rodrigo (Indonesian Racing Gresini Moto3) will want to keep finishing ahead of Acosta as they did at Catalunya. Romano Fenati (Steilgarda Max Racing Team) remains fourth overall too and of those returning to race Moto3™ at the Sachsenring this year, the veteran Italian was also the top finisher in 2019 as he took fourth.

Experience is also a question for Catalan GP podium finishers Jeremy Alcoba (Indonesian Racing Gresini Moto3) and Deniz Öncü (Red Bull KTM Tech3). Rookies in 2020 and therefore not racing the venue in Moto3™ yet, can they stay at the front? Alcoba hasn’t had any experience of the track and will be up against the clock to get up to speed, but Öncü has an impressive record at the place in the Rookies. He took his first victory in the Cup at the track in 2017, and in 2018 he took another win and a second place. Will that, plus the added confidence from an emotional first podium in Barcelona, translate into race day pace in 2021?

The tight, twisty Sachsenring may deliver a slightly different Moto3™ showdown to that of many tracks so far, and it’s a new challenge for a few key faces in the field. Who’ll come out on top? We’ll find out on Sunday as Moto3™ see the lights go out on the Liqui Moly Motorrad Grand Prix Deutschland at 11:00 (GMT +2).