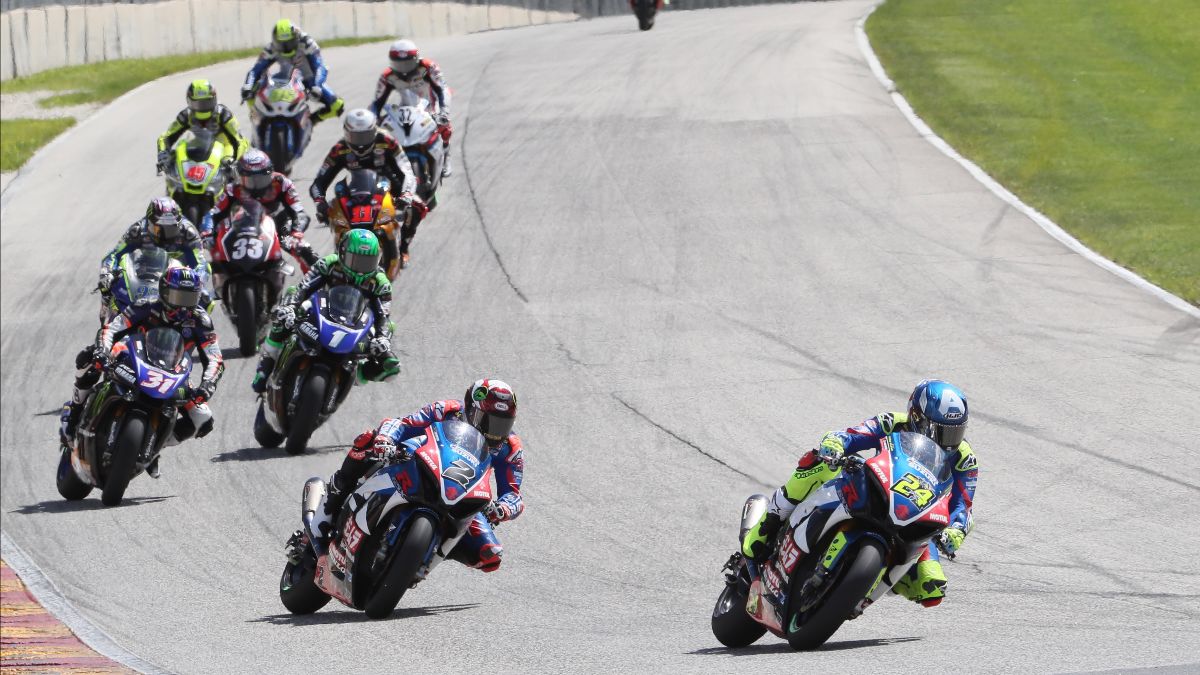 Led by four-time MotoAmerica Superbike Champion Cameron Beaubier, the MotoAmerica Series season entries in the premier Superbike class have grown to 19 for the 2020 racing season.

“It’s great to see the entries for the MotoAmerica Superbike class grow,” said MotoAmerica President Wayne Rainey. “It’s also good to see a lot of the Stock 1000 guys are stepping up into the Superbike class. For 2020, with the help of Dunlop, we’ve created an incentive program to get the Stock 1000 riders to also participate in the Superbike events. It’s awesome to see how many have taken advantage of this opportunity. I think they will surprise themselves with how competitive they can be and it’s going to make them all better racers. We also have five manufacturers represented in the Superbike class and riders from six different countries entered. We’re ready to get this season started. It’s going to be a good one.”

Beaubier will carry the number-one plate on his Monster Energy Attack Performance Yamaha as he aims for his fifth title in six years, but there are plenty who hope to challenge the Californian when the 10-round series commences, April 3-5, at the Circuit of The Americas in Austin, Texas, including his new teammate Jake Gagne.

Also at the top of that list is Toni Elias, the only person other than Beaubier to take a Superbike crown in the past five years. Elias, the 2017 AMA Superbike Champion, will again run the familiar number 24, but this year it will be on an M4 ECSTAR Suzuki. Elias will be joined on the M4 ECSTAR team by 2019 MotoAmerica Supersport Champion Bobby Fong.

KWR’s Kyle Wyman won’t be the only Ducati Panigale V4 R in the Superbike class in 2020 as Celtic HSBK Racing will field PJ Jacobsen, who finished second to Fong in the 2019 Supersport title chase. He will be making his MotoAmerica Superbike debut in 2020, though he has World Superbike experience.

Wyman, meanwhile, will come better prepared for 2020 than he was in his debut season with the Ducati as he has had a complete offseason under his belt to work with the bike. Wyman will also be physically stronger after off-season neck surgery has him pain free for the first time in a long while.

Westby Racing is another team that returns to the series with the same tried and true package and rider in Mathew Scholtz and the team’s always-developing Yamaha YZF-R1. Scholtz finished sixth in the 2019 title chase, with five Superbike podiums.

FLY Racing will return to the MotoAmerica Superbike class in 2020 with three riders in the David Anthony owned team. Anthony, who rode a Kawasaki last year, will campaign a Suzuki GSX-R1000; Sam Verderico will be aboard his trusty R1; and Brit Bradley Ward will fly the Kawasaki colors in the FLY Racing team with his ZX-10R.

Another rider changing bikes and teams is Cameron Petersen, the South African moving to the Altus Motorsports team to campaign a Suzuki GSX-R1000. MotoAmerica Superbike regular Max Flinders, meanwhile, will be back on his signature all-yellow Trashed Bike Racing Yamaha YZF-R1.

Young Ashton Yates continues to rapidly rise through the ranks of MotoAmerica and will make his Superbike debut on a Yates Racing Honda CBR1000RR, the only Honda in the field thus far. Jeffrey Purk, meanwhile, will also make the move to the Superbike class after finishing 11th in last year’s Stock 1000 class.

Stock 1000 front runner Corey Alexander will be another making his Superbike debut in the coming season, the New Yorker racing a Kawasaki ZX-10R for the Ride HVMC Racing team.

Another set to make his MotoAmerica Superbike Series debut in 2020 will be Steven Shakespeare, the Brit set to campaign a Yamaha YZF-R1 for the Monkey Moto AGVSPORT team.