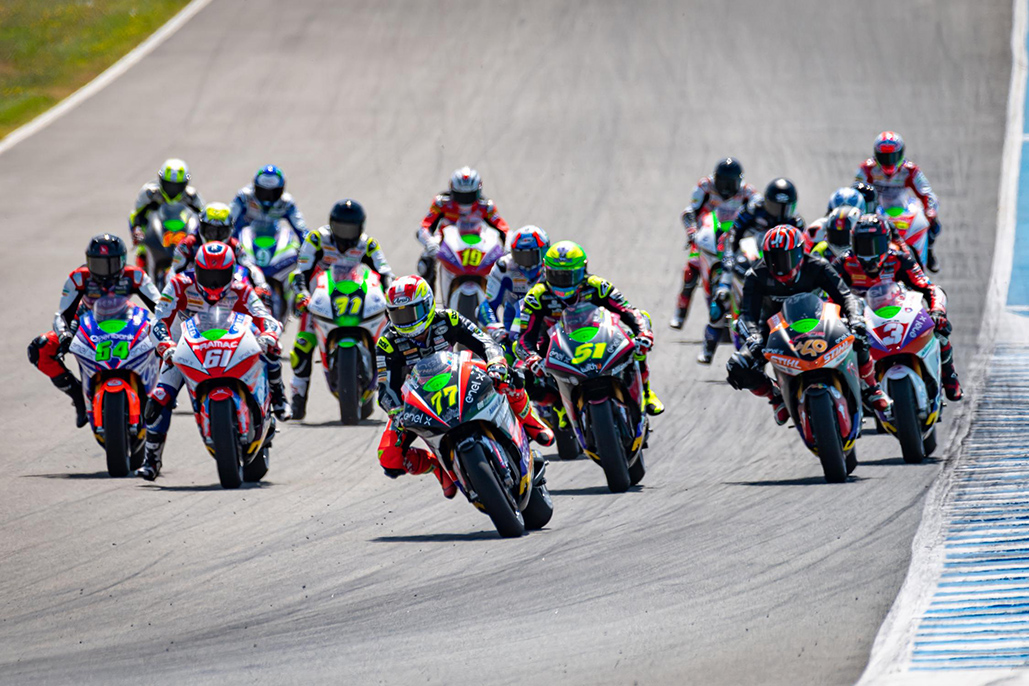 The FIM Enel MotoE™ World Cup heads for the Netherlands for the first time, to a track that needs no introduction

Legendary is sometimes an overused term in racing, but there’s no other word for the TT Circuit Assen. Steeped in history and retaining incredible character nigh on a century later, the venue is a favourite for riders and fans alike. In 2021, the FIM Enel MotoE™ World Cup takes on the track for the first time and with close racing already a calling card for the electric series, it’s sure to be another exciting weekend of competition.

Alessandro Zaccone (Octo Pramac MotoE) arrives with the Cup lead still intact, but it’s now just a single point by which the Italian heads the table. Dominique Aegerter (Dynavolt Intact GP) is close on the chase after another podium in Barcelona, with a ten-point gap back to Jordi Torres (Pons Racing 40) after the Spaniard likewise took another podium at Catalunya. All three will be gunning for more big points near the front, and there are some interesting and varying levels of experience for the field at the TT Circuit Assen.

Zaccone has STK600 and WorldSSP experience at the venue, Aegerter has a long history in the Grand Prix paddock on 125s and in Moto2™, and Torres too has done a few laps round Assen on, most notably, intermediate class machinery. A little further back from those right at the front, Lukas Tulovic (Tech3 E-Racing) took his best Moto2™ World Championship result in the Netherlands too. Barcelona winner Miquel Pons (LCR E-Team), meanwhile, arrives with no experience of the venue – so a few of his rivals will be hoping that shuffles the rookie back a little after an impressive display last time out. He could be looking for consistency too, with a lack of points in France putting a dent in his otherwise exemplary debut season in MotoE™.

Mattia Casadei (Ongetta SIC58 Squadra Corse) will also want more consistency arriving from his first DNF of the season, but that can’t be more true than for Eric Granado (ONE Energy Racing). After a crash in Jerez and then a stunner in France, the Brazilian was set to start from pole for MotoE™’s debut race in Barcelona before a technical problem ahead of lights out forced him into a pitlane start, and with a six-lap race to make up the ground it was risk the limit or ride round for little reward. Granado chose the former and was absolutely flying, half a second faster than the rest and able to claw his way back into the points. Sadly not right to the flag, however, as he went down late on after his charge. Can he pull off another reset like he did at Le Mans?

MotoE™ has been a thriller so far in 2021, and the TT Circuit Assen will likely be no different. Make sure to tune in on Sunday the 27th of June at 15:30 (GMT +2) as the electric series takes on the legendary venue.