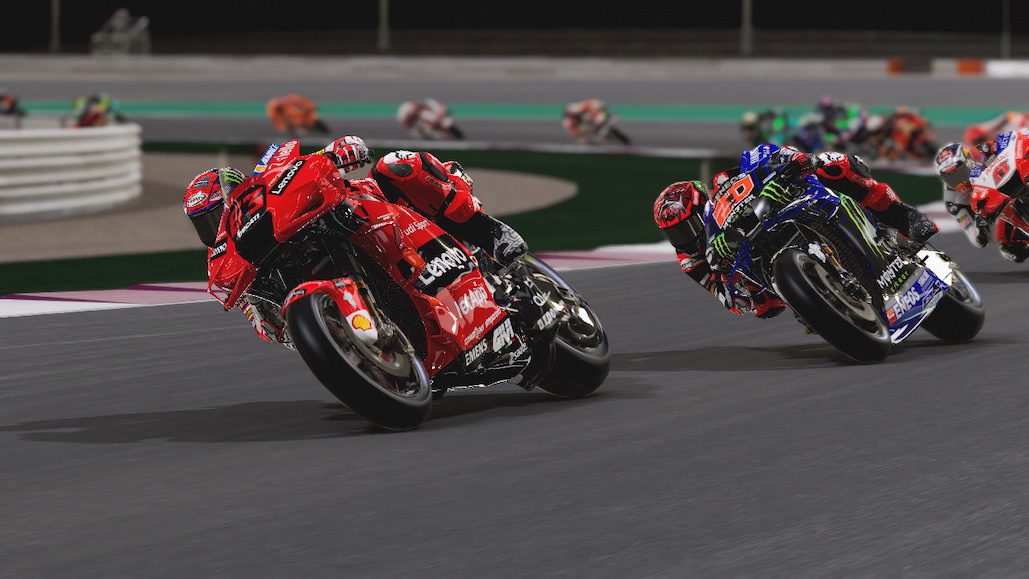 The new edition of the official MotoGP™ videogame offers exclusive features both for newcomers and hardcore fans of two-wheeled racing.

Milestone and Dorna Sports S.L. are proud to announce that MotoGP™22, the newest chapter of the celebrated two-wheel racing simulation game, is now available for PlayStation 4, PlayStation 5, Xbox One, Xbox Series X|S, Nintendo Switch™ and Steam.

MotoGP™22 enriches the heritage of the videogame franchise and the sport itself, adding a one-of-a-kind game mode. The NINE Season 2009 is a fascinating way to re-live one of the most incredible seasons in MotoGP™ history. A nostalgic and emotional docu-film narrated by Mark Neale, director of a number of MotoGP™ documentaries, includes more than 50 minutes of original footage from the 2009 Season that are mixed with real gameplay, creating a totally immersive motor simulation experience. Players will find themselves in the boots of legendary riders such as Valentino Rossi, Dani Pedrosa, Casey Stoner and Jorge Lorenzo, facing different breath-taking challenges to be able to replicate historic moments.

NINE Season 2009 replicates all 17 Grands Prix of the season, divided into chapters with over 39 challenges in total. 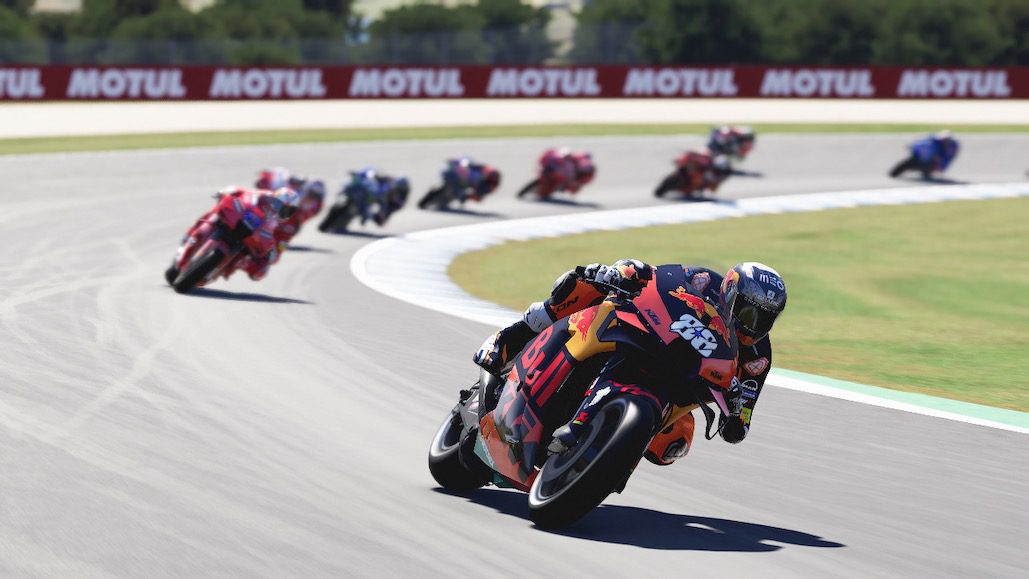 The 2022 edition also adds new dedicated features for both newcomers and core gamers: the enhanced Tutorial and the MotoGP™ Academy. Thanks to these two new tailor-made modes players have the chance to master their knowledge of two wheels or learn the basics to start their escalation to the pro-level.

The Tutorial features a series of dedicated gameplay sessions, helping newcomers to understand the basics of the game through specific challenges focused on electronics, tyre consumption, brake temperature and core differences between the three main categories.

The MotoGP™ Academy teaches you how to improve your riding style to be unbeatable on every track, uncovering the secrets to every corner and challenge on the calendar.

Additionally, the Riding Analysis System helps riders through in-game pop-up messages that appear at the end of the race suggesting how to adjust the difficulty level based on skills and performances. The game may recommend activating some aides or suggest playing specific tutorials designed to fill gaps in terms of gameplay knowledge.

The Managerial Career is back and allows players to decide whether to create a new team or join a real one. The game mode also features the possibility to go in-depth into the details of strategy, using development points and allocating R&D staff to reach the top, along with working on Bike Development through enhancing aspects such as the Engine, Frame, Aerodynamics and Electronics. The path can also start from the bottom, creating a Junior Team in the Moto2™ or Moto3™ categories, selecting a sponsor and hiring a Team Manager, Technical Director and at least one rider.

MotoGP™22 achieves realism never seen before. A true next-generation experience that reduces the boundaries between videogame and reality. 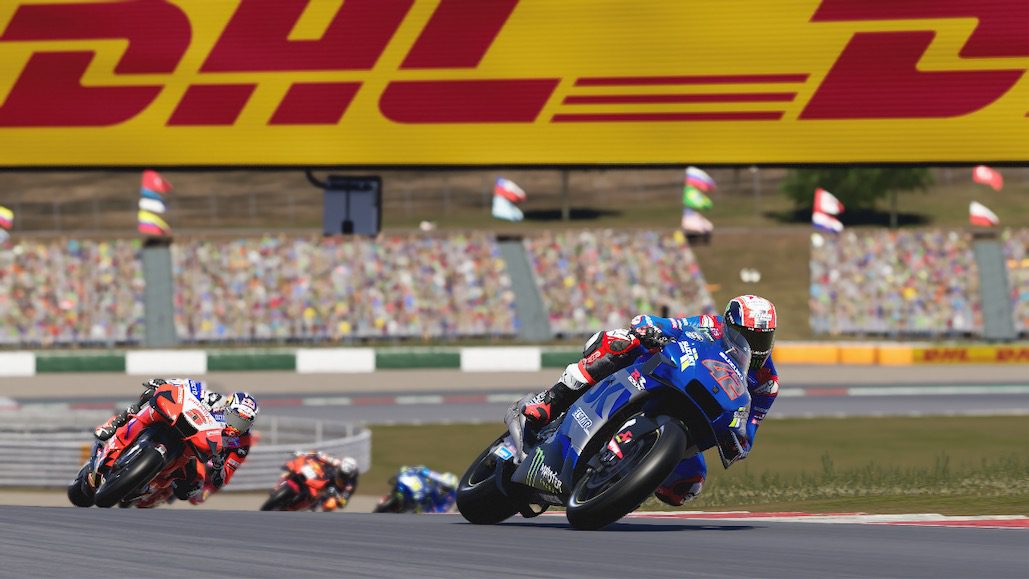 And, for the first time ever in the series, MotoGP™22 features the highly anticipated 2-player local split-screen*, online multiplayer* and cross-play through consoles of the same family.

Luisa Bixio, CEO of Milestone Srl: “Next generation consoles allowed us to push the MotoGP Series in a new direction, always aiming to give the fans the best riding experience. With MotoGP™22 we wanted to make a more welcoming game for newcomers, while continuing to fill the gap between reality and simulation. Moreover, to celebrate the heritage of this amazing sport, we introduce the NINE Season 2009, a one-of-a-kind docu-style game mode dedicated to one of the most emotional seasons ever.”

Marc Saurina, Senior Director of Global Commercial Partnerships at Dorna Sports: “We’re very happy to see MotoGP™22 hit the shelves. Year on year, the new features always create an incredibly immersive experience for seasoned gamers and new fans alike. NINE Season 2009 is an exciting innovation too, adding race coverage to the game and giving fans the chance to embody and race against some of the sport’s biggest legends, creating their own version of our sport’s rich history.” 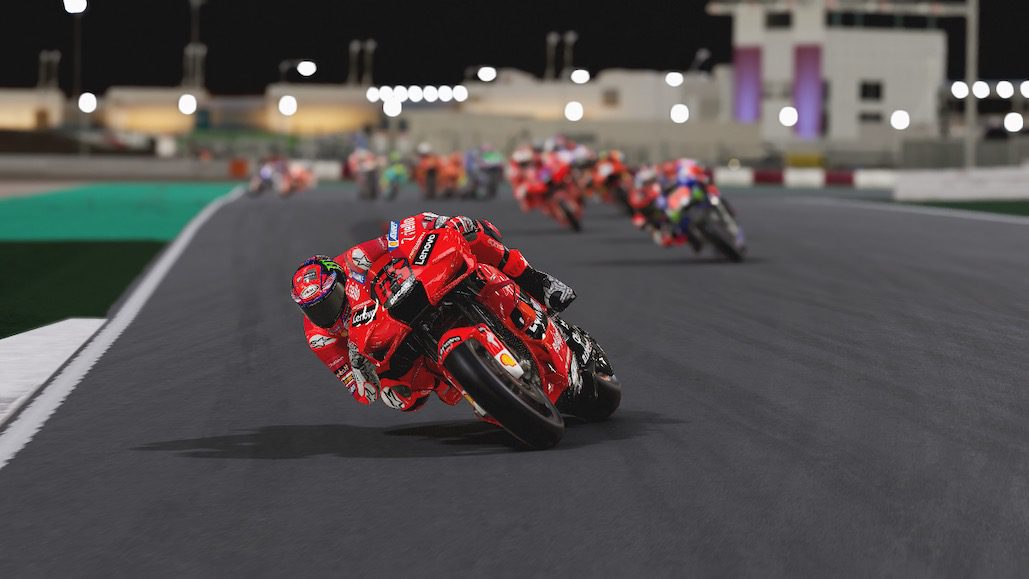