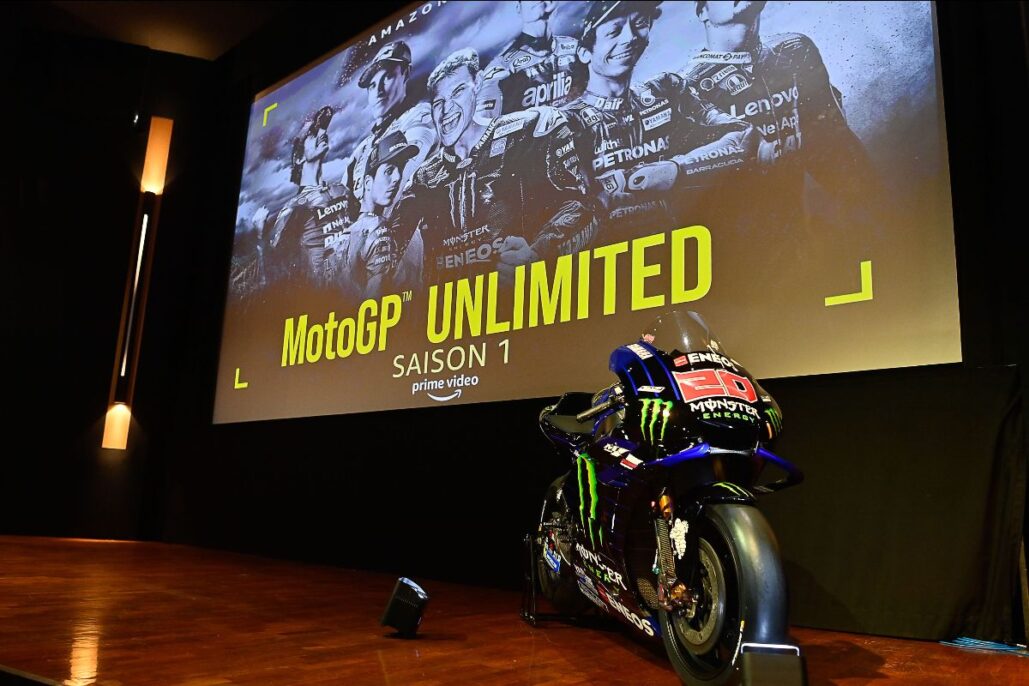 Quartararo, Bagnaia and Rins walk the red carpet as two more episodes of MotoGP™ Unlimited are screened in Paris.

On Wednesday it was Madrid, now, Paris. The Elysées Biarritz hosted the second premiere for MotoGP™ Unlimited, with two more episodes of the new docuseries about the FIM MotoGP™ World Championship screened on Thursday – less than a month ahead of the series’ worldwide launch on the 14th of March.

2021 MotoGP™ World Champion Fabio Quartararo (Monster Energy Yamaha MotoGP™) was joined at the event by Francesco Bagnaia (Ducati Lenovo Team) and Alex Rins (Team Suzuki Ecstar), with the three taking to the red carpet and then the stage. After a Q&A, it was time to sit back and enjoy the two episodes.

MotoGP™ Unlimited will launch exclusively on Prime Video in France, Italy, Spain, and more than 170 countries and territories worldwide – including the UK and U.S. – on the 14th of March. Produced by THE MEDIAPRO STUDIO in collaboration with Dorna Sports, the series comprises eight 50-minute episodes and follows a number of premier class stars, including riders and team managers.

The docuseries takes fans behind the scenes, allowing viewers an intimate and exclusive look at the challenges faced by riders and teams during the season, both on and off the track. The docuseries follows in the footsteps of other Prime Video sports content productions also produced by THE MEDIAPRO STUDIO, such as Fernando; following double Formula 1 world champion Fernando Alonso, Six Dreams, and the acclaimed series All or Nothing. The executive producers are Laura Fernández Espeso, Javier Méndez, and Bernat Elías, and the directors are Arnau Monràs and Jaume García.

Make sure to tune in on the 14th of March!