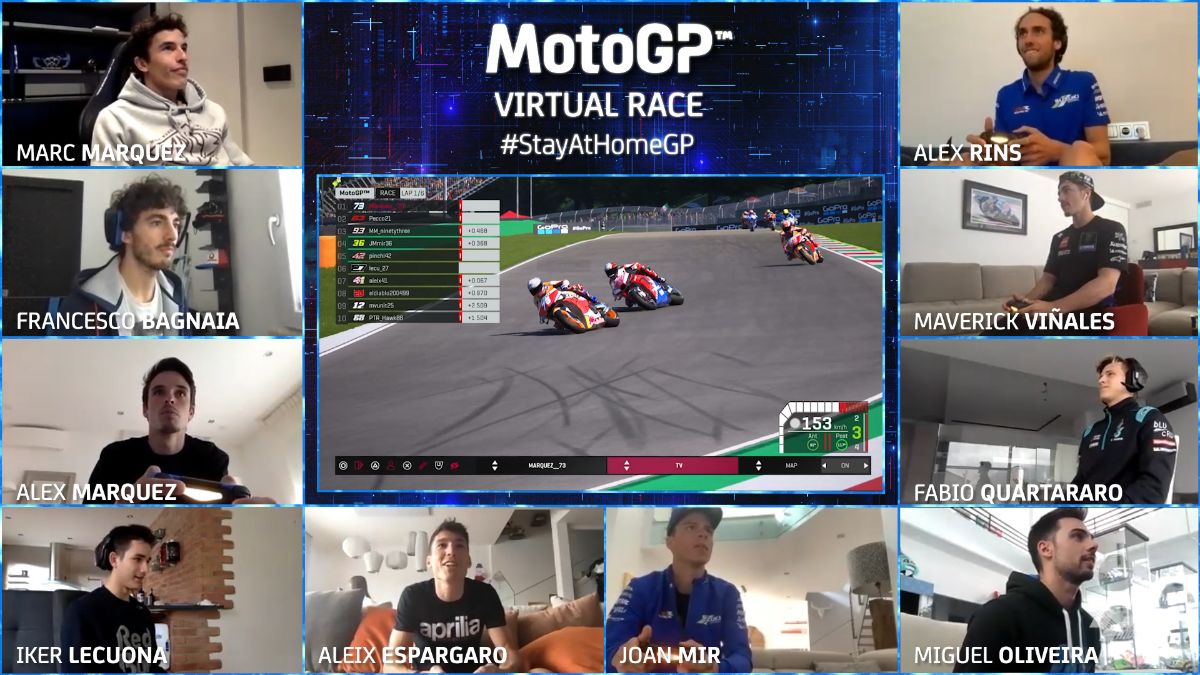 The numbers and reach from the world first make for impressive reading – and an incredible warm up for round two.

MotoGP™ recently held and broadcast a world first: a Virtual Race. With the likes of Marc Marquez (Repsol Honda Team), Fabio Quartararo (Petronas Yamaha SRT) and Maverick Viñales (Monster Energy Yamaha MotoGP) lining up against each other and a stellar cast of rivals from the MotoGP™ grid, the event was raced around Mugello and broadcast on Sunday the 29th of March.

Feedback from the MotoGP™ community, fans, partners and more has been unprecedented. 28 broadcast partners showed the event, with giants of sports broadcasting beaming the race to audiences around the world. Across Europe, partners such as Sky Italy, Canal+ in France, DAZN (in Spain, Italy and DACHS), BT Sport in the UK, Servus in Austria and Germany and many more showed the event, with the Americas receiving coverage thanks to the likes of NBC in the USA and ESPN in Latin America. Fans further east could enjoy coverage from partners including Motorsport TV Russia, Eurosport India and Fox Asia, with fans Down Under covered by Fox Australia and TEN. SuperSport also broadcast the event in South Africa, meaning the MotoGP™ Virtual Race reached every inhabited continent on Earth!

Reach was also incredible across social media and online. 400 pieces of digital content were created around the event – including the full broadcast – for a total of 60 million impressions and more than 13 million video views, including 3 million views of the race itself. In addition, more than 2.5 million interactions were made with content related to the Virtual Race as fans flocked to weigh in! In total, that all adds up to 7 million minutes of Virtual Race content that were viewed – the equivalent of 13 years non-stop.

Fans won’t have to wait quite that long for more, however. On Sunday the 12th of April Virtual Race 2 will be broadcast, once again going live at 3pm (GMT +2). Some competitors will be returning and some fresh faces are also slated to take part – guaranteeing another rollercoaster showdown as this time, they take on the Red Bull Ring in Austria.

Before that, there’s even more exciting eSport action to get involved with as well. The third – and final – Online Challenge for the 2020 MotoGP™ eSport Championship is now underway, concluding on the 5th of April. Deciding who moves through to the Global Series, everything is on the line and it’s now or never for those who would be 2020 eSport king, so make sure to check out the standings on esport.motogp.com and stay up to date.

Now all that remains in to get in gear for Virtual Race 2 – and catch up on anything you missed from the first edition. Stay tuned for more, with the line-up reveal getting closer and closer!