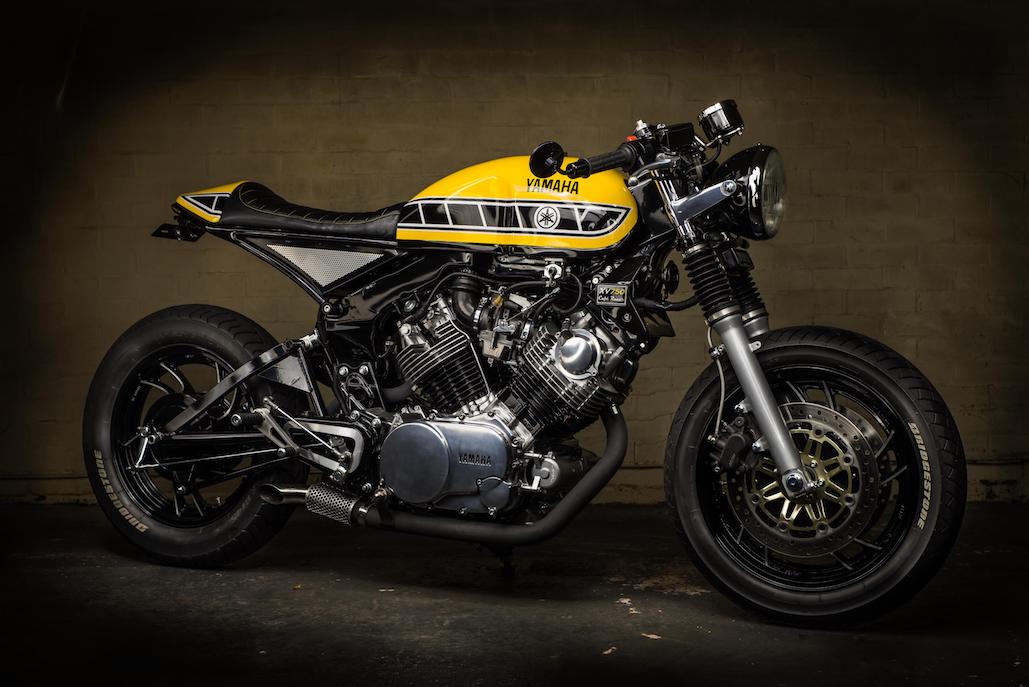 The organisers of the UK’s biggest bike show, Motorcycle Live, have announced the finalists in its Ace Builds custom showcase competition. The four machines will go on display at Motorcycle Live at The NEC, Birmingham from 18-26 November, where show visitors will be able to vote for the ‘Ultimate Ace Build’.

The initial entries to the competition were whittled down to just 14 shortlisted machines by an expert panel consisting of Motorcycle News deputy editor Richard Newland, Built magazine and Classic Bike editor Gary Pinchin and Bike Shed founder Anthony “Dutch” van Someren. The decision was then handed over to the public, who have been voting via the Ace Builds website over the last two weeks, to decide the four most popular bikes.

All four finalists will each receive four tickets to Motorcycle Live and £200 of Motolegends vouchers, plus of course, the chance to have their bike on display by the Black Horse Stage in the Eurosport Entertainment Zone at the heart of Motorcycle Live.

The ‘Ultimate Ace Build’ will be decided by Motorcycle Live visitors, who will be able to vote for their favourite of the four finalists throughout the show. The owner of the winning machine will be awarded £1000 of Motolegends vouchers and the chance for their bike to feature in a Motolegends catalogue.

Advance tickets for Motorcycle Live are on sale now, priced at just £19.50 per adult, £12 for Seniors, £1 for 11-16 year olds* and FREE for children aged ten and under (accompanied by a paying adult). There is also a £25 advance ticket, which includes entry to the show and a Spada Gonzo bag worth £29.99**.

Motorcycle Live 2017 takes place at The NEC, Birmingham from 18-26 November.

*Advance ticket price, closing date for advanced tickets midnight on 17 November 2017. There is a £1.50 fulfilment fee per order.