The FIM CEV Repsol passes the midpoint of the season this weekend with the fifth round at MotorLand Aragón after the last event at the Circuit de Barcelona-Catalunya. On this occasion the program consists of one race in Moto3™ and two races each in Moto2™ and the European Talent Cup.
Jeremy Alcoba (Laglisse Academy) arrives as leader of the FIM Moto3™ Junior World Championship after taking his first victory of the season in Barcelona, a win that – along with the third place achieved in the first race (where he won but had a 1.6 second penalty for going out of track limits) – puts him six points ahead of Barry Baltus (Sama Qatar Angel Nieto Team). He is 28 points ahead of Yuki Kunii (Asia Talent Team), who missed the last FIM CEV Repsol round due to injury but will race in Aragón.
In the Moto2™ European Championship, Edgar Pons (Baiko Racing Team) is the man to beat. The Baiko Racing Team rider is not only the category leader with 111 points against the 78 of Niki Rikhard Tuuli (Team Stylo Bike) in second place, but he has three consecutive victories from three consecutive poles. In Superstock 600, Alessandro Zetti’s (FAU55 El Señor de las Bolsas) excellent results in Barcelona have given him a strong hold on the category.
Izán Guevara (Cuna de Campeones) matched Edgar Pons to take his third consecutive victory in the ETC and arrives at MotorLand in a strong position: the Cuna de Campeones rider is 29 points ahead of Fermín Aldeguer (Bester Capital Dubai) and 33 ahead of Iván Ortolá (Sama Qatar Ángel Nieto Team). Daijiro Sako (Cuna de Campeones) will be looking to repeat his first podium of the season when he finished third behind Aldeguer in the last round of the FIM CEV Repsol.
The schedule for next Sunday’s races is as follows:
Moto2™ Race 1 (16 laps) 11.00
ETC Race 1 (14 laps) 12.00
Moto3™ (15 laps) 13.00
Moto2™ Race 2 (16 laps) 14.00
ETC Race 2 (14 laps) 15.00
ETC Series 2 (14 laps) 16.00
Cuna de Campeones (7 laps) 17.00
As usual, the entrance to the paddock will be free over the weekend. In addition, FIM CEV Repsol fans who go to the main paddock access of the MotorLand Aragón circuit on Sunday morning from 9.00 onwards can get a pass to take part in the Pit Lane Walk. Only firstcomers will get a pass for the Pit Lane Walk with a maximum of two passes per person. The Pit Lane Walk will take place at 10.15 am and will start from Box 25.
Television networks and new media platforms in Europe and many countries are showing more and more interest in live broadcasts or on-demand videos of FIM CEV Repsol events.
In Spain, DAZN will include the FIM Moto3™ JWCh, Moto2™ ECh and ETC in its programming, showing each of the scheduled races – as will BT Sports in both in the United Kingdom and Ireland, with live broadcasts of all races in each category. Also new is that Canal Plus in France will broadcast all the races live on Canal+ Sport. In Italy, Sky will broadcast live the FIM Moto3™ JWCh and Moto2™ ECh races.
In Belgium, GP Inside will offer live broadcasts of all the Championship races. Through Eurosportplayer (Holland and Romania) Eurosport will also offer live coverage of the FIM Moto3™ JWCh and Moto2™ ECh and ETC. In Portugal, Sport TV consolidates its commitment to motorcycling with live or recorded broadcasts of all the races scheduled throughout the season. Hungarian fans will be able to follow the young hopefuls of the European Talent Cup thanks to the recorded broadcast of ETC races by the Spiler TV channel.
By means of its digital platform the Motorsport group will broadcast live all the FIM Moto3™ JWCh, Moto2™ ECh and ETC races, with worldwide coverage except in the United Kingdom, Spain and Italy which will offer the same content through other media partners. The Edgesport Channel will show live all the FIM Moto3™ JWCh, Moto2™ ECh and ETC races, which will be available 24/7 on various platforms with coverage in Abu Dhabi, Belgium, Cambodia , China, Hong Kong, India, Mongolia, Myanmar, Netherlands, Papua New Guinea, Pacific Islands, Slovakia, Czech Republic, Solomon Islands, Thailand and Vietnam.
In addition, in those countries without television coverage, all races will be broadcast live on the championship’s Youtube channel.
All the results and information about the Championship are on the official website: www.fimcevrepsol.com 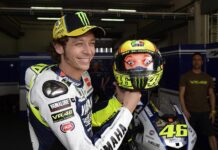