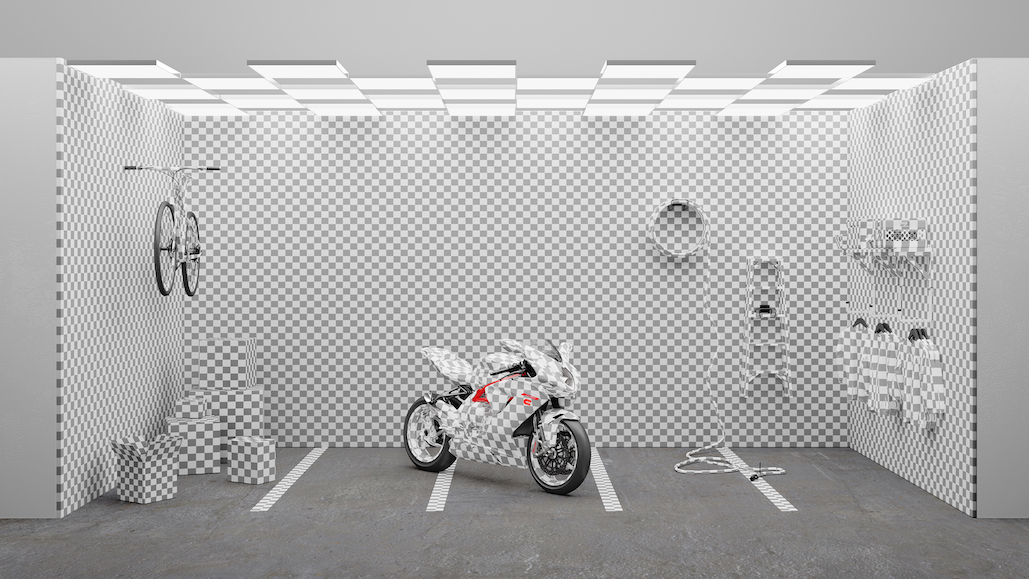 Held on 6-7 November in Long Beach, California, the groundbreaking, two-day, immersive convention brings together creatives from around the world to engage in innovative events across the fields of pop culture, art, design, fashion, food, music, sports, and more

MV Agusta is pleased to announce its partnership with renowned architecture and design firm Crosby Studios for the 2021 edition of ComplexCon, the world’s first and most important festival of pop and streetwear culture, held from 6-7 November in Long Beach, California. In collaboration with Crosby Studios founder and principal designer, Harry Nuriev, MV Agusta will present The Garage, a new installation of collectable vehicles and garage essentials.

With The Garage, Nuriev continues his investigation into overlooked, transitory spaces, which the designer considers to be metaphors for “traveling through different layers of space, reality, and consciousness”—a theme explored in much of his work, which often blend material, virtual and augmented realities. For ComplexCon, Nuriev worked with MV Agusta to map his signature gray-and-white checkerboard pattern onto a custom MV Agusta F3 motorcycle and MV Agusta AMO RC electric bicycle, in addition to a ladder, gasoline tank, shelves, and various storage pieces. The collaborative, limited edition merchandise will be available for purchase on an inquiry basis.

Harry Nuriev, Founder, Crosby Studios, commented: “For me, a garage is a symbol of a workshop — a place that births new ideas, and allows creators to escape reality. A garage also brings back a lot of childhood memories, from when I used my family’s garage as a craft workshop. I’m always challenging myself to find different avenues to express my design — this time it’s through motorcycles. I’m really fascinated by the sleek, sexy, shape and design of a motorcycle, and am thrilled to be working with MV Agusta to work with this new medium.”

Timur Sardarov, CEO, MV Agusta Motor S.p.A., commented: “MV Agusta is increasingly popular in the US, and is perceived as a true design icon among the millennials who make up the majority of the ComplexCon crowds. We are constantly exploring new ways of being meaningful and relevant to that very important segment, and ComplexCon offers our brand a perfect opportunity to connect and communicate in a unique way. Harry Nuriev’s work has taken design and function one step further, entering the dimension of art and emotions — a concept that strongly resonates with MV Agusta’s Motorcycle Art spirit. We are thrilled to take part in this year’s event as the centrepiece of Harry Nuriev’s brilliant installation, and couldn’t dream of a better debut and a better partner. We are looking forward to making our mark at ComplexCon 2021.”

ABOUT MV AGUSTA
MV Agusta is one of the world’s leading premium motorcycles manufacturers. Based in Varese, in Northern Italy, it crafts legendary racetrack-derived bikes. Iconic design and class-leading performance through advanced technologies and materials make MV Agusta motorcycles admired the world over and celebrated as unique pieces of Motorcycle Art. Since 1945, the brand has evolved to become a point of reference in the industry, having won 37 World Championship titles. A record still undisputed.

ABOUT CROSBY STUDIOS
Crosby Studios was founded in 2014 by artist, architect and designer Harry Nuriev (b. 1984). The New York, Moscow, and Paris-based creative practice spans a broad range of typologies, including innovative commercial spaces, hospitality, designed objects, and fashion and art collaborations, often through the lens of radical design and informed by the aesthetics of contemporary consumer culture. Crosby Studios uses minimalism as a philosophical framework, marrying geometric primaries with crisp logic, creating invigorating and exuberant interiors that serve as vehicles for much broader ideas about how we live and work. After Crosby Studios opened its New York branch in 2017, T: The New York Times Magazine heralded Harry Nuriev as a pioneering voice in global minimalism citing the distinctive influence of Russian craft and architecture on his designs.

In 2017, Nuriev held his first museum solo exhibition at Dallas Contemporary, and has since collaborated with contemporary artist Liam Gillick and architect Rem Koolhaas’s OMA; crafted a limited edition home goods collection and pop-up installation for Opening Ceremony; and collaborated with the French fashion house Balenciaga on The Balenciaga Sofa, a conceptual, sustainable furniture installation designed by the artist for Design Miami/ 2019;  In January of 2021, Nuriev launched Crosby Studios Home, a new home goods and loungewear brand which debuted its first collection within an explorative, virtual showroom apartment powered by gaming software and AR tech. In March, on the heels of the brand’s buzzy debut, the designer unveiled Crosby Studios Store, a mixed-use concept space that combines elements of a living room, café, boutique, gallery, social gathering space, as well as a design studio, functioning as Crosby Studios’ new Moscow design headquarters. This summer, to mark the opening of Crosby Studios’ Paris outpost, Nuriev collaborated with Dover Street Market Paris on Crosby Café, a seasonal café and community space in a 17th century mansion.