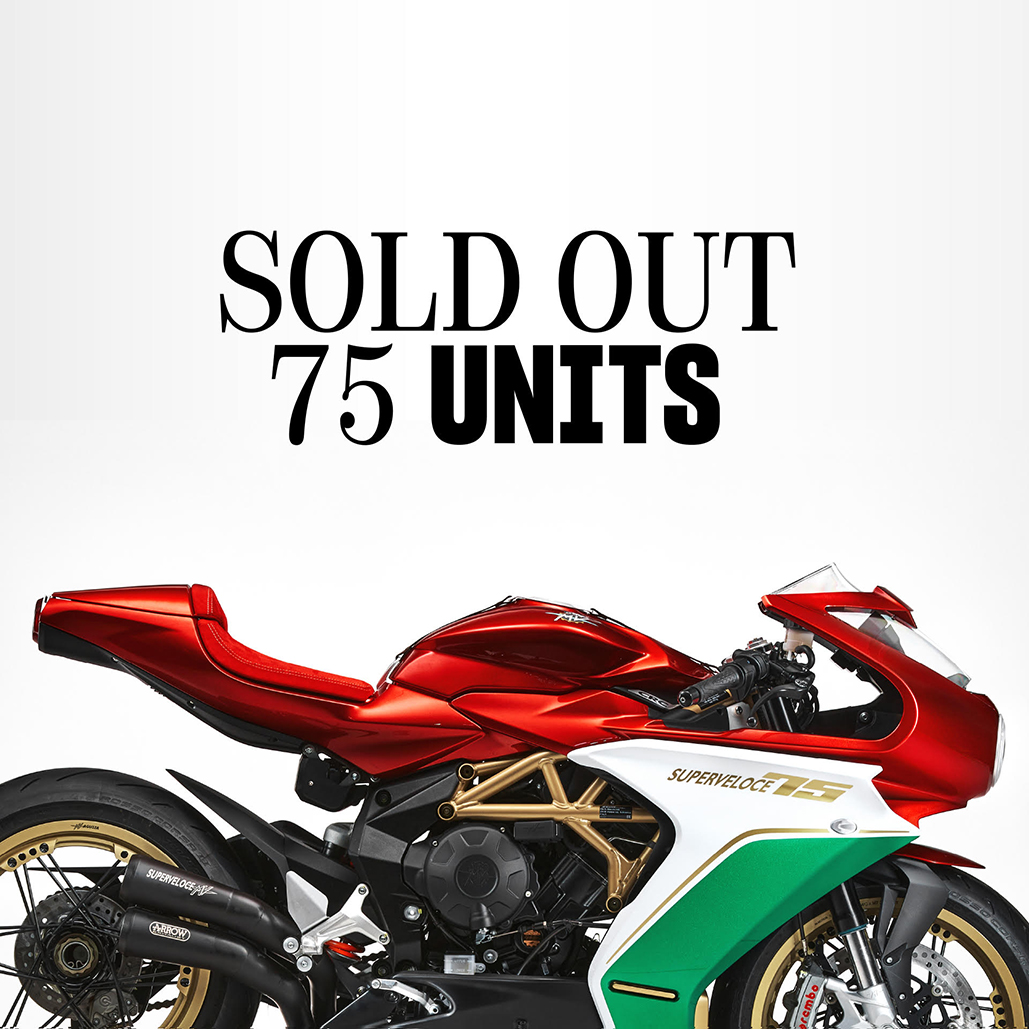 To celebrate its 75th anniversary, MV Agusta announced the launch of a special, limited-series anniversary model, the Superveloce 75 Anniversario. Reservations officially opened online through the brand’s newly designed website on Sunday November 15 at 00.00 AM, and were originally planned to close exactly 75 hours later. Within seconds, the Superveloce 75 Anniversario had gone sold-out! Fans and collectors literally stormed the website to pre-book the entire production almost instantly. An unprecedented success for a superb bike celebrating MV Agusta’s legacy of leading-edge technology, passionate craftsmanship and timeless elegance, which will be produced in a limited series of only 75 units.

The already iconic Superveloce was chosen as the base for this anniversary collector’s bike as it represents the perfect balance between modern forms and MV Agusta’s racing legacy. The result is a truly beautiful bike, with its Italian flag colour scheme, the dedicated graphic detailing, the black and gold Inmotion spoke rims and the red Alcantara rider and passenger seats. The engine is the same F3 800-derived inline three-cylinder engine as the Superveloce, developing 147 hp at 13.000 rpm for top speeds of over 240 km/h.

Timur Sardarov, CEO MV Agusta Motor S.p.A., commented: ”I was convinced Superveloce 75 Anniversario would be a success, but I didn’t expect it to go sold-out in just a few seconds. To all those who did not manage to book one, I can only say that their enthusiasm and loyalty are a true inspiration for us all as we continue handcrafting, with immense pride and passion, our unique pieces of motorcycle art.”