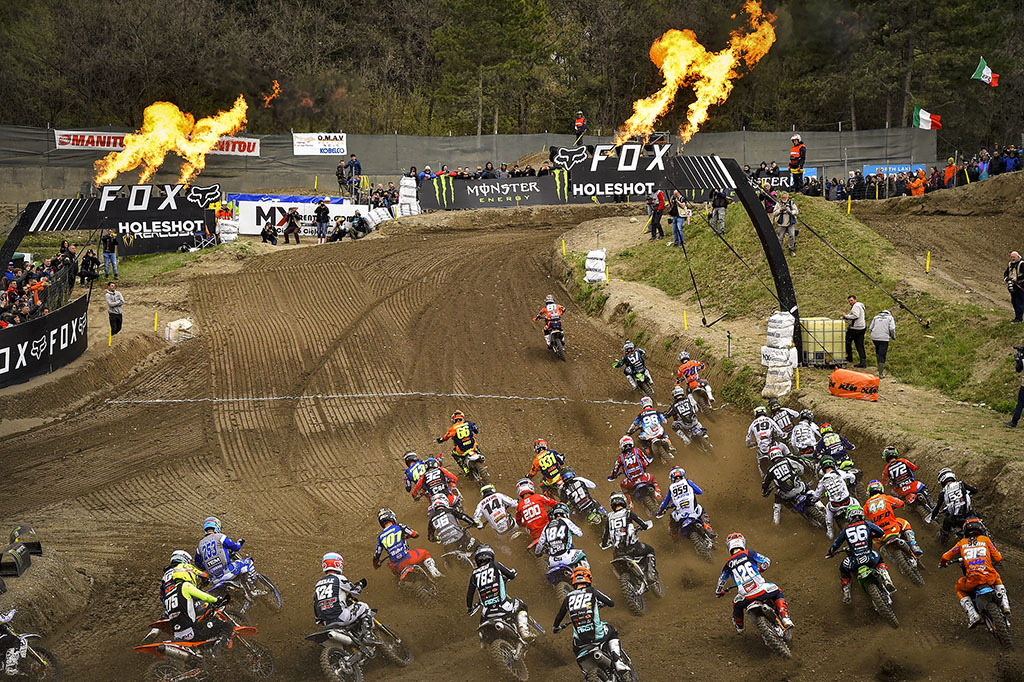 MXGP is set to begin the triple-header in Pietramurata, this weekend, as we head into the final three rounds of the 2020 FIM Motocross World Championship.

The MXGP of Trentino was originally scheduled to take place on the 4-5th of April, though due to the coronavirus pandemic the event was postponed to a later stage, and then became one of the special Italian triple-headers for this season.

Infront Moto Racing has been in close cooperation with the local authorities and the event organiser MOTOCLUBARCO ALTOGARDA OFFROAD, though despite all efforts from both parties and with all the latest regulations on the Italian decree, which will see many restrictions in Italy, the possibility of welcoming fans to the circuit will not be possible during the three GP’s in Pietramurata and the event will run behind closed doors.

Though fans will still be able to watch all the action unfold during the last Italian triple-header from the comfort of their homes with MXGP-TV.com, which will air all the races LIVE, including the EMX, WMX, MX2 and MXGP races as we gear up to find out who will it be that becomes the 2020 European and World Champions!

Anyone who purchased tickets for the upcoming Grand Prix races in Pietramurata will receive more information about the reimbursement of their tickets soon.

The MXGP of Trentino has been part of the MXGP Calendar for many years and every season produces some of the best race action. In 2019, we were all treated to one of the most intense and most talked about races of the year as Antonio Cairoli and Tim Gajser went head-to-head in the races for the overall victory. And this season will be no different as the pair will battle it out once again, but this time with much higher stakes, the MXGP title, as 74 points separate the two championship rivals as we reach the grand finale of the 2020 Motocross World Championship season.