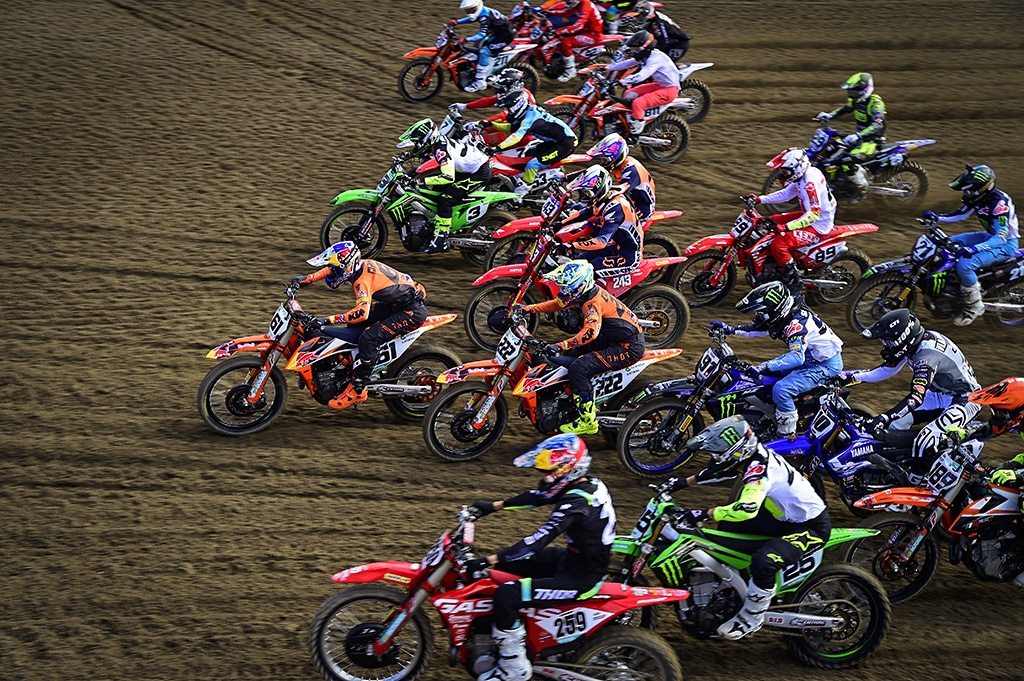 The FIM Motocross World Championship is set for the Spanish Grand Prix, this weekend, as the MXGP of Spain makes its much awaited return to the MXGP racing calendar.

The last time MXGP headed to Spain was back in 2018, when the popular training facility Redsand, hosted the third round of the series. That time around, it was Antonio Cairoli and Pauls Jonass, who were victorious in MXGP and MX2.

This will be the first time that the motocross world championship will head to the brand-new intu Xanadú – Arroyomolinos circuit. Based just 23km from downtown Madrid, the venue is located next to intu Xanadú is one of the biggest commercial centres in Europe. The Madrid region offers many famous historical tourist attractions, such as castles, gastronomy, art and of course shopping, along with the good weather and high quality of life.

The circuit itself, is hardpack on a clay terrain. The track features a good combination between long and high jumps, along with different kind of corners. Deep ruts are expected this weekend, with many corners filled with different lines for the riders to choose from.

Alongside the 12th round of the MXGP and MX2 championships, the Spanish GP will also see rounds 6 and 7 of the EMX125 Presented by FMF Racing and the EMX250 Championships. Following the new format for this season, only, the EMX riders will have the chance to ride the circuit first, as their races will take place on Saturday, while the MXGP and MX2 riders will race on Sunday only.

In EMX125, Fantic Racing’s Andrea Bonacorsi will no doubt be looking to get back to winning ways, after a tough round of Europe just a week ago. Meanwhile RFME GasGas MX Junior Team’s David Braceras, Gerard Congost and Guillem Farres, will be looking for their own success at their home round.

In EMX250, series leader, Thibault Benistant of Hutten Metaal Yamaha Racing will be eager to add more race wins, to his already existing 5 wins and 4 overall round victories. Though Mattia Guadagnini of Husqvarna Junior Racing Maddii, won’t make it easy for the Frenchman, as he enters the Spanish round, coming off the back of two consecutive overall wins. Of course, the likes of Oriol Oliver, Mario Lucas, Samuel Nilsson and more will be looking to do well at home.

And with this being a brand-new venue, history is just waiting to be written, as we find out this weekend, who will be victorious for the very first time on this new Spanish circuit.

Coming into this round, Team HRC’s Tim Gajser is the current championship leader, by an 11-point margin over Red Bull KTM Factory Racing’s Antonio Cairoli, with Jeremy Seewer of Monster Energy Yamaha Factory Racing, a further 19 points behind.

So far this season, Gajser has won a total of 8 races, the most out of any of the other riders in the category. Though those race wins have not translated into overall victories, as the Slovenian claimed his first GP win during the MXGP of Europe, just a week ago. But he has 7 podiums to his name, so he would be a safe bet for the podium this weekend in Spain and with the confidence of his overall victory last weekend, it will be interesting to see what he can do this time around.

Of course, the rider who will receive all the attention this weekend will be the home hero, Jorge Prado of Red Bull KTM Factory Racing. It’s been two years since we’ve had a Spanish Grand Prix, and for Prado it will be his first home event, as he takes on the premier class. Though fans are not permitted to attend, this won’t stop Prado putting in a stellar performance, as he chases another possible overall, to write himself in the history of this circuit.

With 11 Fox holeshots this season alone, there is no doubt that the likelihood of seeing the Spaniard out in front, is very high. And while this is his rookie season, he already has 5 podium finishes to his name, including an overall victory and 2 race wins.

Then there’s Antonio Cairoli, who is just 11 points shy of the championship lead and a potential 10th world title. While he only has 2 race wins to his name, he has however been consistently battling in the top 3, which just goes to show that the Italian could be more focused on the championship and picking up a good amount of points each time, rather than risking it all for the win.

Another rider who will want to impress this weekend is Jeremy Seewer. Currently third in the points, Seewer has been ticking off some firsts in the last 6 GPs, as he took his first race win in Faenza and then his first Grand Prix overall in Mantova, during the MXGP of Lombardia. Now heading into round 12, for Seewer points will be vital, as his last several races have been made tougher by small mistakes and crashes which has allowed Gajser and Cairoli to get ahead a little bit.

Monster Energy Kawasaki Racing Team’s Romain Febvre will arrive in Spain with a confidence boost from the previous couple of GP’s, where not only did he take a race win but also his first overall of the season. He will no doubt chase top positions, but the starts will once again be crucial.

For Jose Butron, this upcoming Grand Prix will be a nice trip back home. Much like Prado and a couple of wildcard contestants, Ander Valentin and David Jimenez Vaquero, he will be keen to put on a good performance on home soil. Once known to be a top 10 regular, it will be good to see Butron battling inside the top 10 once again.

In MX2, Red Bull KTM Factory Racing’s Tom Vialle heads into the Spanish GP with a 46-point lead in the championship, with 7 more rounds left to go. There have only been 4 overall GP winners this season so far, and Vialle has claimed 4 of those 11 victories and 10 race wins. His starts have always been good too, though they suffered a little during the last couple of races, but he is one rider you can count on to get in the lead early on, and this weekend it’s exactly what he’ll want to do.

While Monster Energy Yamaha Factory Racing’s Jago Geerts will want to do the same, as he will chase his 5th Grand Prix win of the year, and look to get into those double figures, in terms of race wins. The races in Faenza and Mantova were a mixture for the Belgian, though he finished the trio of races in Mantova (the MXGP of Europe) with a race win and the overall, so no doubt he will be feeling confident going into this round.

Rockstar Energy Husqvarna Factory Racing’s Thomas Kjer Olsen and Jed Beaton have been more consistent race by race, as the pair made several podium appearances during the last 6 GP’s. Olsen now has 4 podiums to his name, two of them overall victories, while Beaton has had his chance at success too as he won a race in Mantova and took 2nd behind his teammate on the podium during the MXGP of Lombardia. And with the way things are going for the pair, it would be good to see them battling inside the top 5 as they have been doing over the last several races.

Meanwhile, Yamaha SM Action MC Migliori J1 Racing’s Maxime Renaux will no doubt enter this round with some new-found motivation, from his recent signing with factory Yamaha next season. Renaux will of course aim for the podium, and with his success in Faenza, this much harder terrain here in Spain, could be a better fit for the Frenchman as he looks to get back on the podium.

SDM Corse rider Ruben Fernandez will be keen to put in two solid rides this Sunday, as he gears up for his home Grand Prix. Fernandez is currently 10th in the FIM MX2 World Championship standings and has had some strong rides thus far. His best result came in Latvia, where he finished 3rd in race one during the MXGP of Latvia and in the rounds that followed, he had some more consistent battles inside the top 10, so it will be good to see if he can step things up on home soil.

Meanwhile Yago Martinez and Simeo Ubach will be looking to impress during their wildcard appearances this weekend, as they look to give the MX2 World Championship a go.