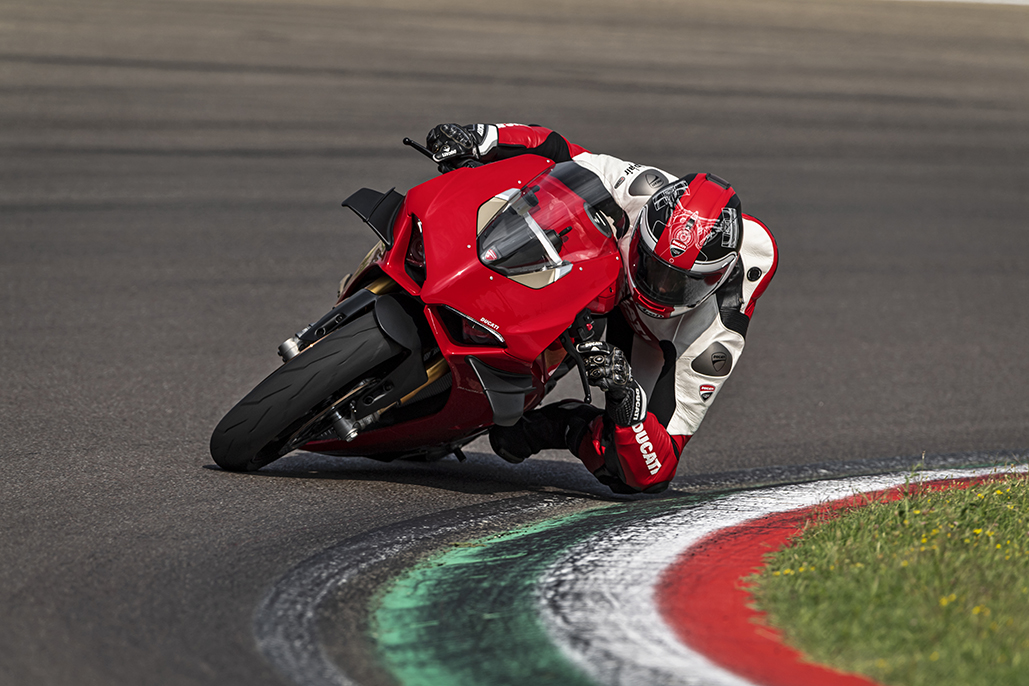 The Panigale V4 MY21 illustrated to all enthusiasts by the people who closely followed its development over the years: this was the idea behind the “Tech talks” video tutorial series, which is available on the Ducati.com website and published in episodes on the YouTube channel of the Bologna-based manufacturer.

Ducati Official Tester Alessandro Valia and Ducati Superbike Development Team Leader Carlo Ricci Maccarini are the protagonists of 7 videos  made directly from the paddock of the Misano World Circuit Marco Simoncelli, in which they illustrate in detail the characteristics of the Panigale V4 S, focusing on strategies to use the available electronic controls correctly and consciously, with the aim of improving performance on the track.

The first video in the series is titled “MY21 Product Overview“ and is an overview of the development of the Panigale V4 project starting from Model Year 20 and the major improvements made to this vehicle in terms of chassis, aerodynamics and engine controls. In its 2021 version, the Panigale V4 is an even easier bike to ride, designed to help the rider achieve maximum performance in safety.

The second video, entitled “MY21 Product Novelties” , goes into specifics about the new features of the Panigale V4. Since 2021, the entire family has complied with the Euro 5 anti-pollution legislation, maintaining the maximum power and torque values ​​of the engine unchanged. In this new version, the Riding Mode Race has also been duplicated in two specific mappings for track use (Race A and Race B), alongside the already existing Sport and Street. The Panigale V4 MY21 also sees the introduction of self-venting brake pumps (seen for the first time on the Superleggera V4), which with their operation help to obtain always precise and repeatable braking. Finally, Ducati Traction Control EVO 3 was introduced, a refined strategy derived from the world of Ducati Corse, which makes acceleration out of corners easier and more predictable.

The third video “Cornering ABS Settings”  analyses the benefits offered by ABS Cornering, a tool that Ducati develops specifically to maximize the racing performance of the Panigale V4, not only in difficult conditions but also in close-quarter action and in the search for fast lap times. The ABS Cornering works in symbiosis with the IMU inertial platform and combines performance and safety thanks to a system that modulates the pressure according to the lean angle and speed, with the aim of keeping the vehicle always stable, thus favouring both the professional rider and the amateur.

The fourth video is dedicated to “Cornering ABS Front Only” , an exclusive Ducati system, which only works on the locking of the front wheel and helps the amateur rider to brake closer to the centre of the corner, providing him with a safety net that always keeps the vehicle well-balanced, with the right weight redistribution and the correct front load. This characteristic of the Panigale V4 allows for a significant improvement of the lap time.

The fifth video of the series talks about “Öhlins Electronic Suspension Control” , or rather the “event based” semi-active suspension system that the Panigale V4 has. The algorithm developed by Ducati together with Öhlins is predictive, so it can recognize the various riding phases (acceleration, braking and mid-corner). The suspension system is available in two modes: fixed and dynamic. The latter allows for a soft and intuitive bike, but at the same time offers the necessary assistance when the rider needs it. When braking, for example, the fork offers maximum support in the compression phase, thus putting a more precise and stable bike in the rider’s hands.

The sixth video focuses on the operation of “Ducati Traction Control EVO 3” , the traction control unit of the Panigale V4. This new system helps the rider in all phases of acceleration, instilling safety and at the same time allowing him to exploit the maximum performance of the engine. The DTC EVO 3 also adds the mechanical clearance recovery phase in the middle of the curve to the slip prediction system built by the DTC EVO 2 algorithm. The system is in fact capable of recognizing this phase and as a result reduces drive in a non-invasive way in order not to lose the position on the saddle and the line.

The seventh and final video, called “Riding Mode settings” , shows all the electronic settings available for the Panigale V4. For 2021 Ducati has chosen to duplicate the Riding Mode Race in Race A and Race B to offer enthusiasts an even wider choice and the possibility of customizing controls according to the needs of the moment and the different types of circuits. The duplication of the Riding Mode Race allows the rider to make these two systems differ even by a single parameter and to verify their effectiveness during the riding phase, but also to change the attitude of the bike based on tyre wear and track conditions.

All seven episodes are now available in the dedicated section of the Ducati website. The first two episodes have already been published on the YouTube channel of the Borgo Panigale company, where the remaining 5 videos will be made available to fans during the month of May.