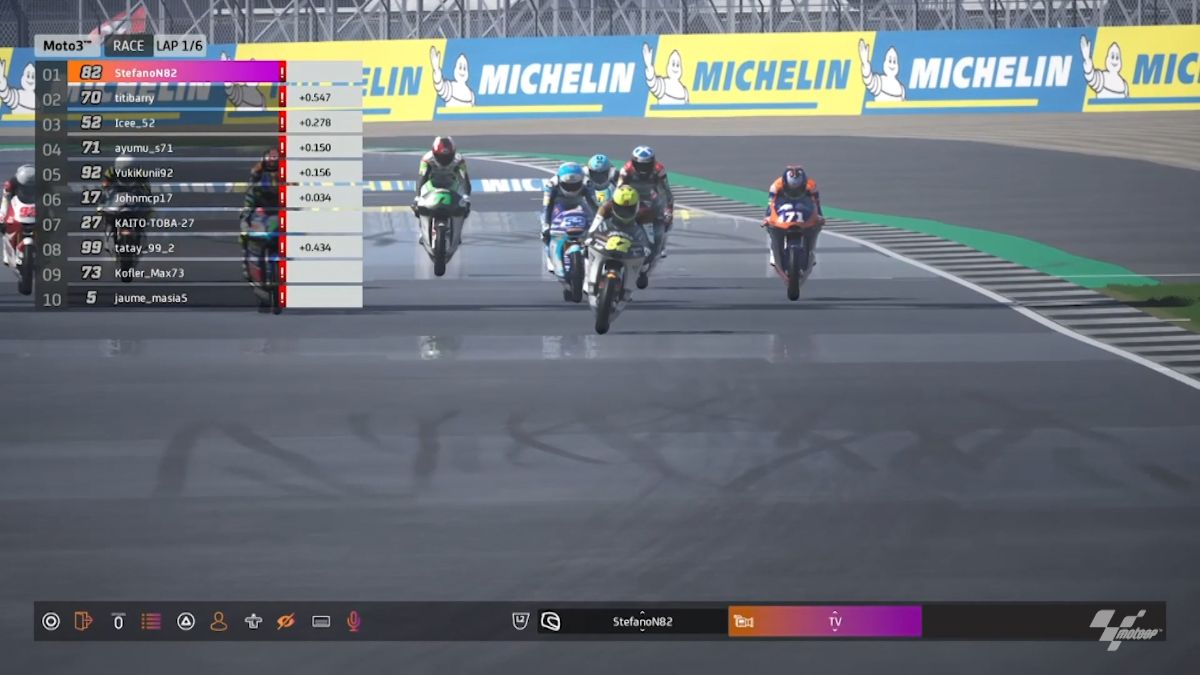 Italian a class above the rest in the lightweight class at the Michelin Virtual British Grand Prix.

Despite Baltus and Alcoba’s antics, the pair were able to escape from the clutches of those behind and looked like dead certs for taking the final two podium spots… but that was until the Belgian clipped the rear-end of Alcoba, then crashing out of third place on lap three.

That allowed Sasaki to swoop through into third place with three laps left, and no further mistakes were made at the front to shake things up. Nepa therefore took the chequered flag ahead of Alcoba and Sasaki, with Scotsman McPhee recovering from his earlier crash to take fourth.

Honda Team Asia’s Yuki Kunii beat compatriot Toba on the final lap to clinch the final place in the top five, Toba crashing late on and ending up P6, before Baltus and Max Kofler (CIP Green Power) came across the line in seventh and eighth respectively. The final two to finish were Carlos Tatay (Reale Avintia Racing) and Jaume Masia (Leopard Racing), although the latter was glad of the finish after starting the race joking he’d be the Safety Car after qualifying 24 seconds off pole…

Stefano Nepa: “I had just one track limit moment, during the race it was only a penalty of three tenths. In the global standings I think I’m P7 or P6 at Silverstone, but today yeah the race was incredible! They were all 2:10s and it was a good race.

“I’m happy for my first win in virtual racing but it’s better to win in reality!”