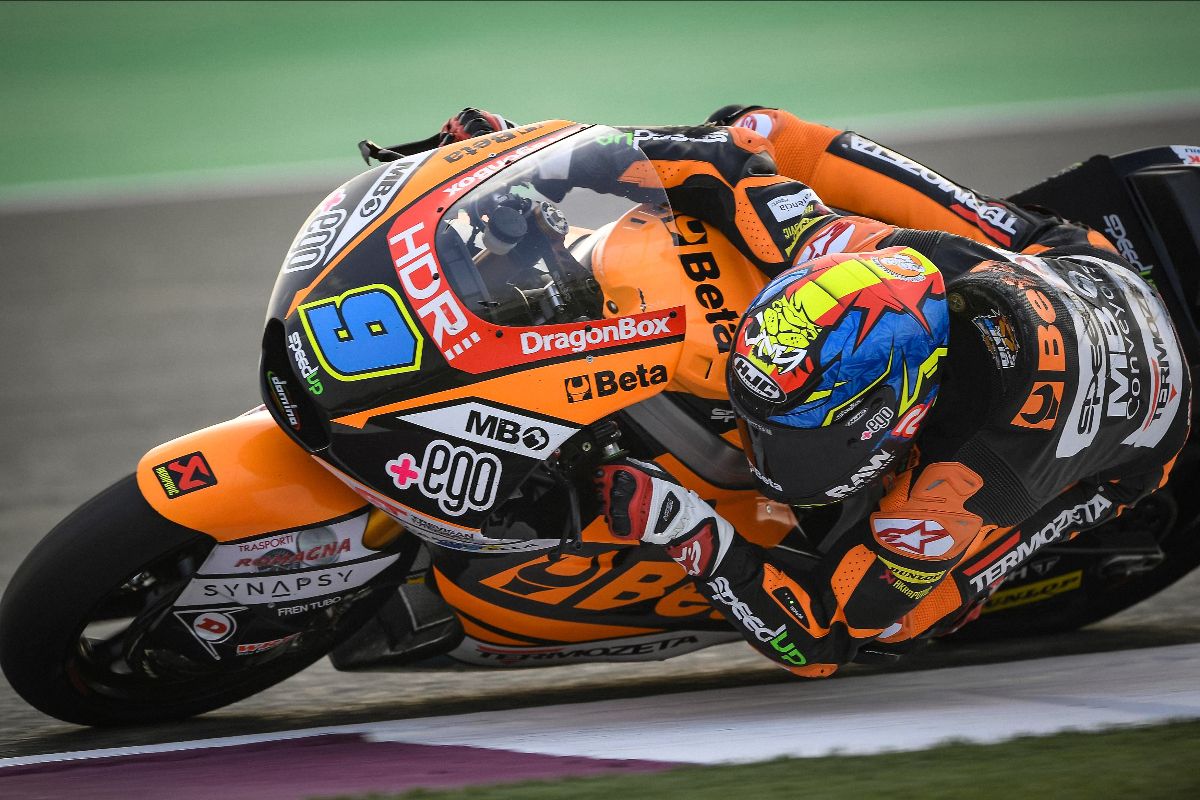 The QNB Grand Prix of Qatar kicks the 2020 Moto2™ season into gear this weekend, and that also marks the start of Triumph’s second season powering the class. After a record-breaking inaugural year that saw the Triumph 765cc triple powerplant redefine many a lap record, there’s even more to come in 2020.

To celebrate that closeness of competition in Moto2™, Triumph are launching the ‘Triumph Triple Trophy #PoweredByTriumph’, reflecting the incredibly competitive nature of the class – where victory is only one dimension of the story every race weekend.

This initiative has been created to recognise and further reward those standout riders during each Grand Prix, starting in Qatar, awarding points in three areas: fastest top speed of the weekend, pole position, and fastest race lap. The one rider at the top of each of these categories (or multiple riders in the case of a tie) will be awarded 7, 6 and 5 points respectively at each Grand Prix:

The winner – the rider who accrues the most points throughout the season – will be awarded a Triumph Street Triple RS motorcycle, which is powered by the 765cc triple engine from which the Moto2™ powerplant is derived.

Steve Sargent, Triumph’s Chief Product Officer: “We’re very proud of what we achieved last year in Moto2™, but we won’t rest on our laurels and we’ve worked hard over the winter to make improvements using the benefits of a full season of race data, and as we’ve already seen, this year has started with more new lap records, beating those set using our engines last year, and with a number of new riders appearing near the top of the time sheets. It means the spectacle on track will look, and sound, even better this year, and we can’t wait to see the lights turn green on Sunday.

“We’re also launching the new ‘Triumph Triple Trophy #PoweredByTriumph’ in time for the first round, to give the riders the chance to win a Triumph Street Triple RS at the end of the year. This production machine features the 765cc triple engine from which we developed the Moto2™racing variant, and our top-spec RS variant is as perfectly suited to the track as it is the road.”

Pau Serrancanta, Managing Director at Dorna Sports: “We’re very happy to see Triumph take on an even bigger role in the development and promotion of the Moto2 class this season. Last year was an impressive debut, creating some of the best racing in the class we’ve ever seen, and I’m excited to see that continue in 2020 – and watch the The Triumph Triple Trophy #PoweredByTriumph reward those riders who thrill us so much on track.”

The Triumph Moto2™ 765cc race engine is a development of the class-leading Street Triple RS 765cc road motorcycle, producing more than 140PS and the same visceral soundtrack. Tune in this weekend as the Moto2™ chorus starts once again at Losail International Circuit from the 6th to the 8th of March.