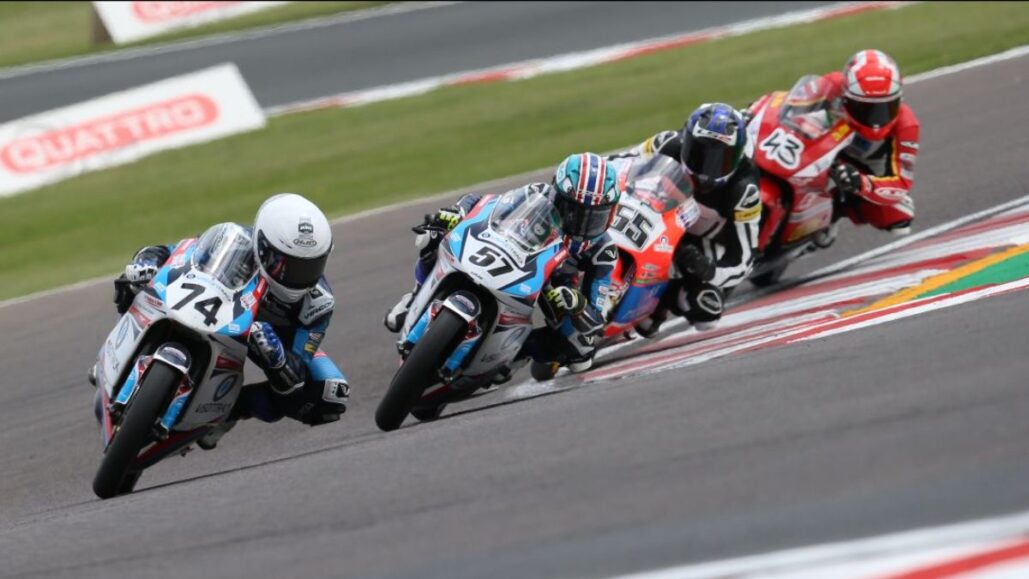 Scotland hosts Round 4 as the BTC gears up for more.

It was a history-maker the last time the Honda British Talent Cup were out on track, with Johnny Garness (MLav VisionTrack Academy) and teammate Carter Brown literally split by nothing over the line; each awarded 25 points for the dead heat. The chances of that repeating seem slim as the field heads for Scotland, but they’re never zero as the BTC continues to serves up some stunning racing in 2022.

Garness and Brown will expect to play key roles at Knockhill too, and they head the standings although the former has a now impressive 19-point advantage over the latter. It’s still early days, however, and there’s been plenty of pace on show from their rivals – not least of all Kiyano Veijer (Microlise Cresswell Racing) and his teammate Harrison Dessoy, both of whom are now also race winners as they sit just behind the VisionTrack duo.

From there it gets even closer in the standings as Harrison Crosby (Banks Racing) is equal on points with Julian Correa (Microlise Cresswell Racing), and Ryan Hitchcock (City Lifting by RS Racing) is lurking only one behind. Rhys Stephenson (Rocket Racing) hasn’t got the reward for his speed so far at times either and will be impatient to repeat his podium form from Oulton Park, and Bailey Stuart-Campbell (Team 151s/Lextek) was back at the front at Donington to take fourth – can he make more leaps forward at Knockhill?

One real headline stealer at Donington, however, was the return of Sullivan Mounsey. Straight back at the front and showing off some choice moves, the Wilson Racing/J&S Accessories rider certainly made his presence felt – and will likely be looking to head home with more than top fives to show for it this time around.

In addition, this round will see the return of Evan Belford (City Lifting by RS Racing). A seasoned frontrunner, he’ll be back from injury and looking to pick up where he left off, fighting for those wins and rostrum finishes.